Home
Berkeley Place
THE GREATEST OF ALL TUNES: EVERYBODY’S TALKIN’ by Fred Neil (1969)

THE GREATEST OF ALL TUNES (G.O.A.T.) is a salute to the greatest songs of all time.  I’m going until I hit 100, and I’m adding songs as I hear them throughout my life and think–“Hey!  That’s one of the greatest songs I’ve ever heard!”

Today, a tune from the only X-rated movie ever to win an Academy Award.

Everybody’s Talkin’ has been covered by major artists in just about every genre except rap.  Harry Nilsson’s movie version won a Grammy for best soundtrack album, and became that singer-songwriter’s best known work, which is so ironic since he himself wrote so many classic, frequently covered songs.

Legend has it (according to Fred Neil himself), the song was written in five minutes and was about how Neil wanted to go home.  Literally.  He’d been in the studio for days and was sick of recording, so his producer told him if he wrote one more song they could wrap.  Hence, a song about going home.  He sang it once, and that was it.
A few years later, Harry Nilsson discovered it when he was scoring Midnight Cowboy, and the studio picked it for the main theme—over an original Nilsson composition.  Then, it became Nilsson’s biggest, career-defining hit.

As for Fred Neil, he actually did what the song is about: He got famous with the big hit and then dropped out of public life to go life on the beach (“I’m goin’ where the sun keeps shinin’”) and live off the literal millions he made from just five minutes of work.  He died in 2001 under suspicious circumstances—he was found in bed with his will–but his death was ruled to have been due to natural causes.

Further listening: I confess, I didn’t even realize this song was a cover until I started researching it.  I thought it was a Nilsson original. So, no more songs from Fred here.  But Neil was a highly respected artist of his time—Bob Dylan even opened for him once.

Cover versions: Seriously?  Tons.  TONS.  And nearly all are fantastic—even the one by Mr. Spock!  The most famous is Harry Nilsson, above. But my personal favorite is Luna’s version. 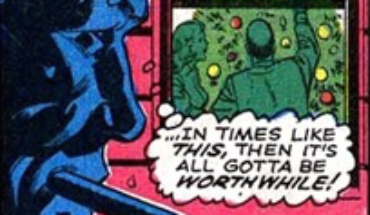