In Captain America #241, Mike Barr signs on and turns Steve Rogers into a cartoonist–much like Jack Kirby was a war veteran whose talents were used to sketch enemy camps on scouting missions.

And if Barr–a major writer on DC’s Batman character–comes to Marvel to write a comic, who should be the guest star?

Why, Punisher of course–Marvel’s hardcore answer to Batman!

Of course, their morality clashes immediately… 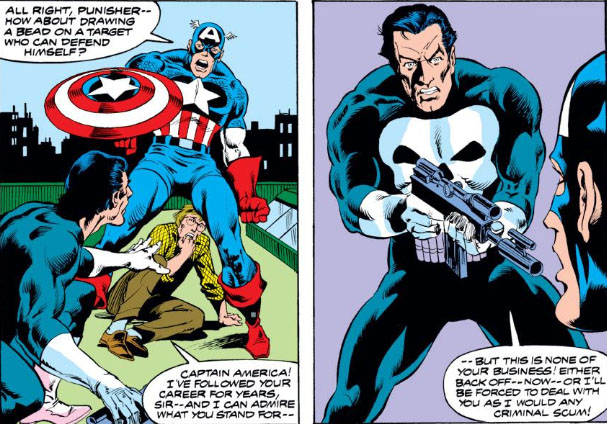 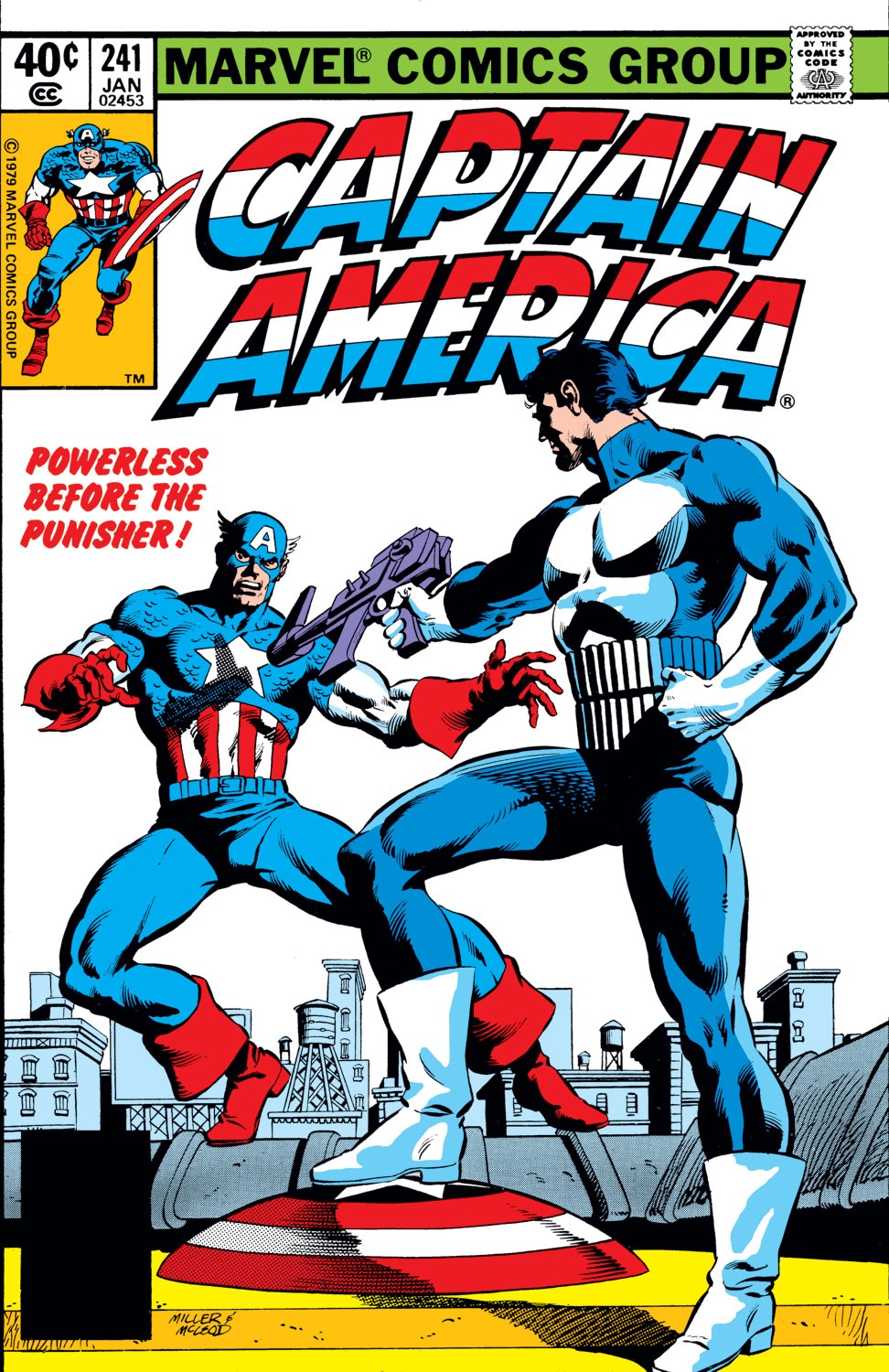 It’s not a great issue, but it’s not a terrible one.  A little bit of an island in a sea of pretty lame issues.  I can’t wait until #247, when Roger Stern went from editing to writing the series, joined by a little-known artist named…John Byrne.

It’s one of the best, shortest Captain America runs of all time.

Stick around, we’ll get there.