Mark Gruenwald’s run on Cap is truly a run-on, by which I mean the stories all flow together.  This issue starts with Red Skull, still smarting from his failures in the last arc, ordering Crossbones to go learn about the breakouts from the Vault.  Crossbones then goes and recruits Controller and The Voice. 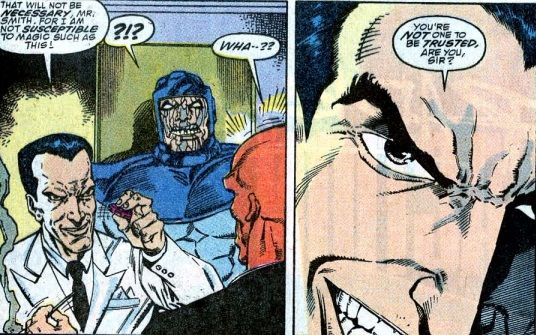 Then Loki appears (in disguise) to recruit him into the Acts of Vengeance event.

We then move to Captain America and his current entourage (John Jameson and Diamondback) discovering that Avengers Island has been destroyed (in the Avengers Acts of Vengeance tie-in).

So Cap’s basically out on a ship wondering why his base is in the ocean.

And now it all comes together.  It’s the ocean, so Namor.  Crossbones gets Controller to take over Namor’s mind and they fight. 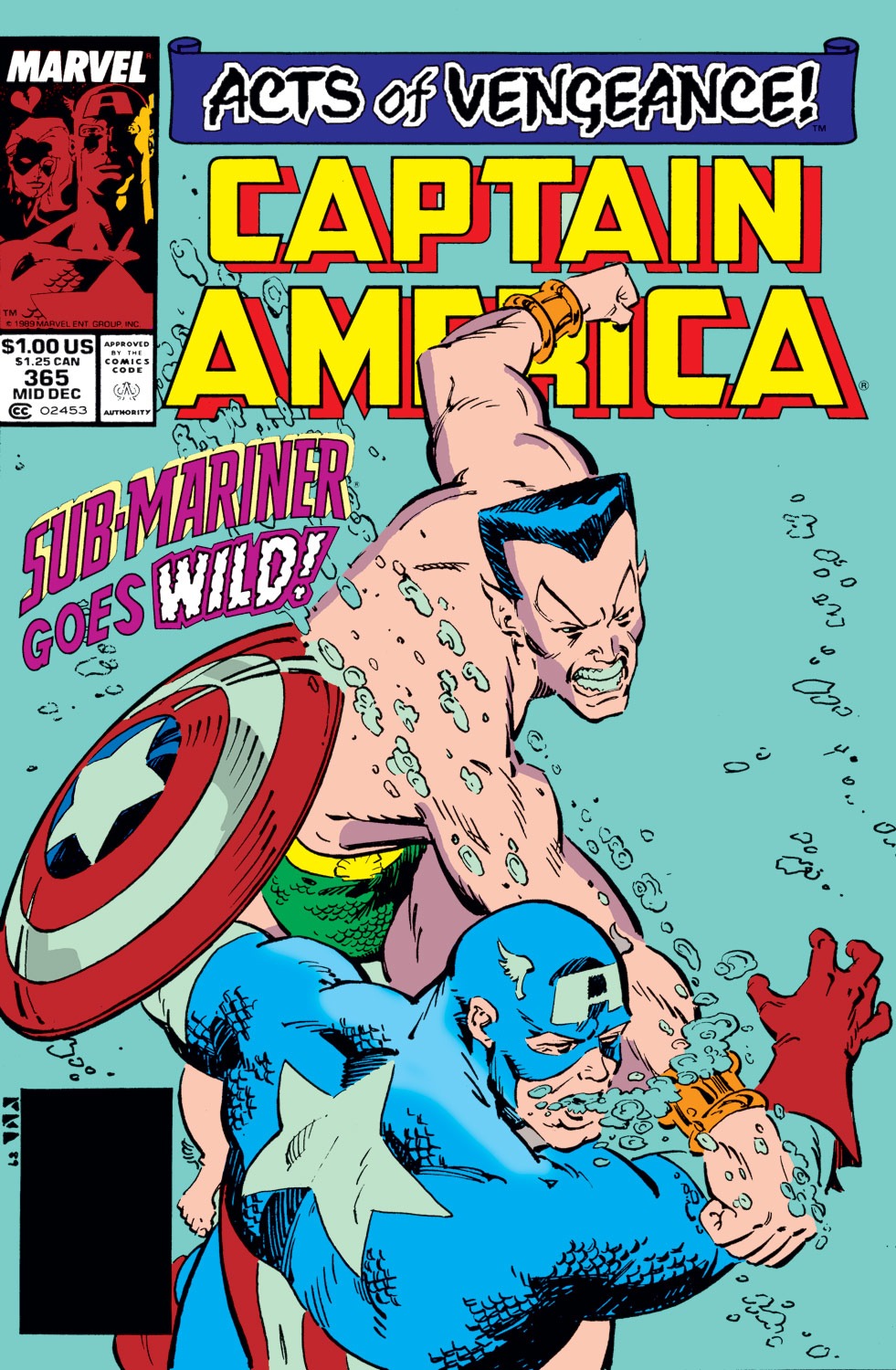 Ultimately, Cap subdues Namor and reverse engineers the Controller’s disc, with the help of Hank Pym and Fabian Stankowicz, to track Controller back to Red Skull.  Yes, a lot happens in-between, but it’s mostly just a lot of fights.  Decent fights, but I’m not a huge fan of Controller and The Voice, so I don’t care so much about them.  There’s also a neat little behind-the-scenes tie in to the Thor/Juggernaut battle in Thor #410-411.

Then, this is kinda cool.  Here’s what Loki’s cabal looks like… 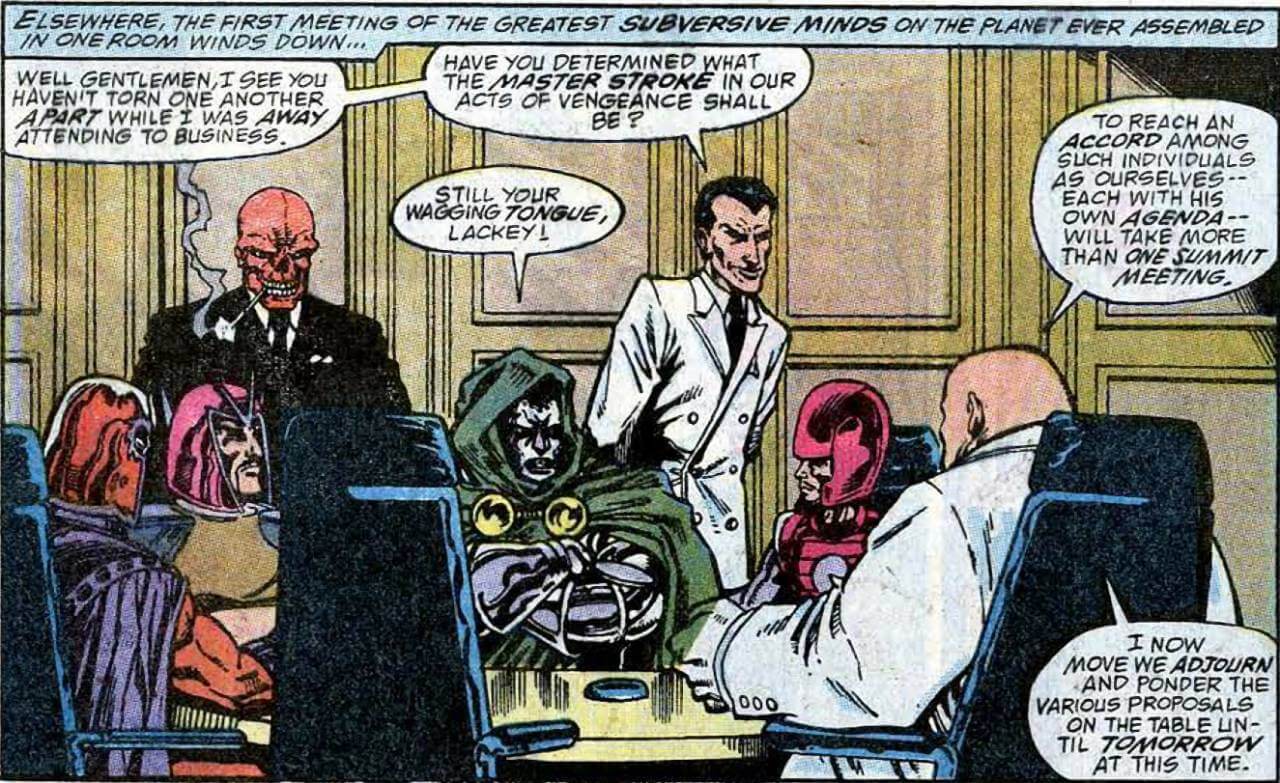 Yeah, Magneto and Red Skull are together.  And if they seem incompatible to you… 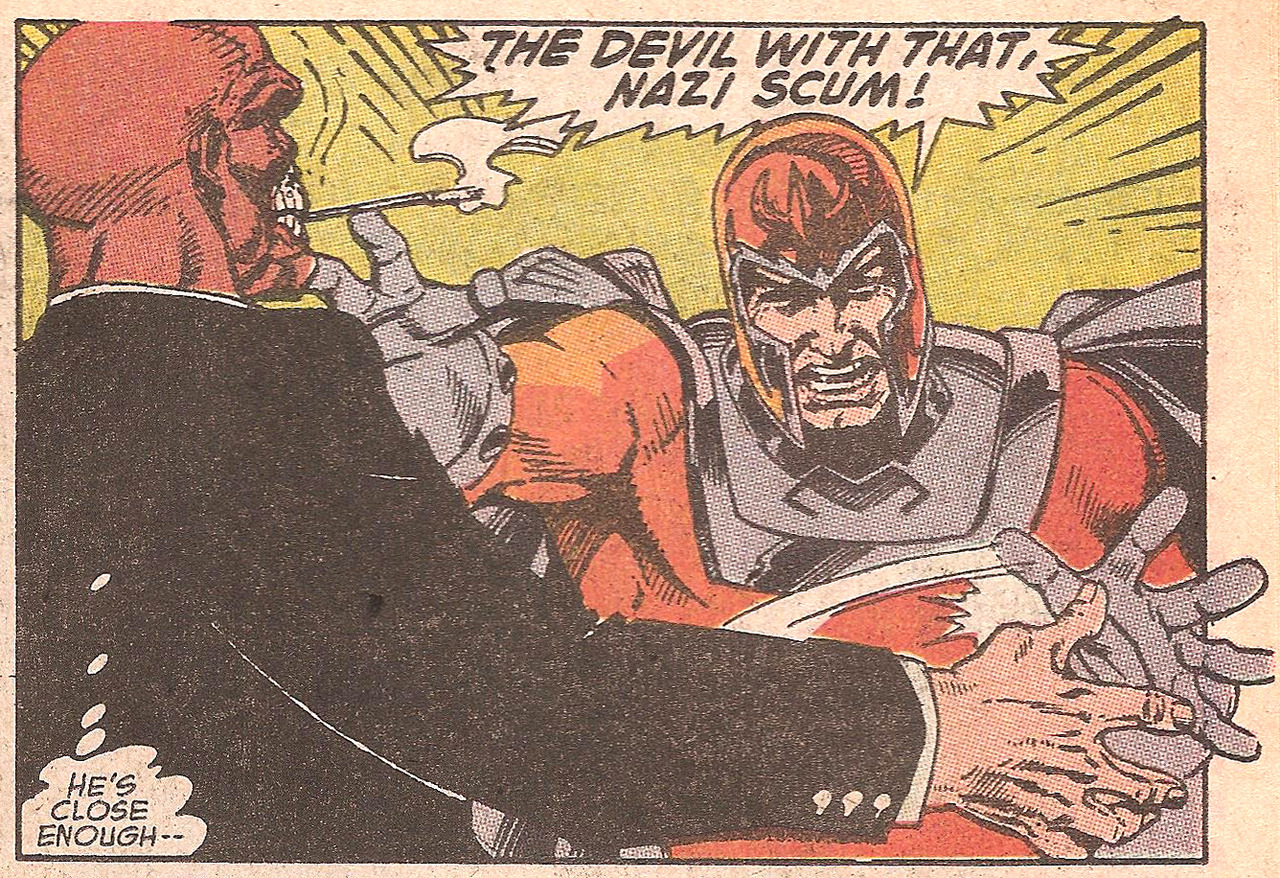 It’s because they are. 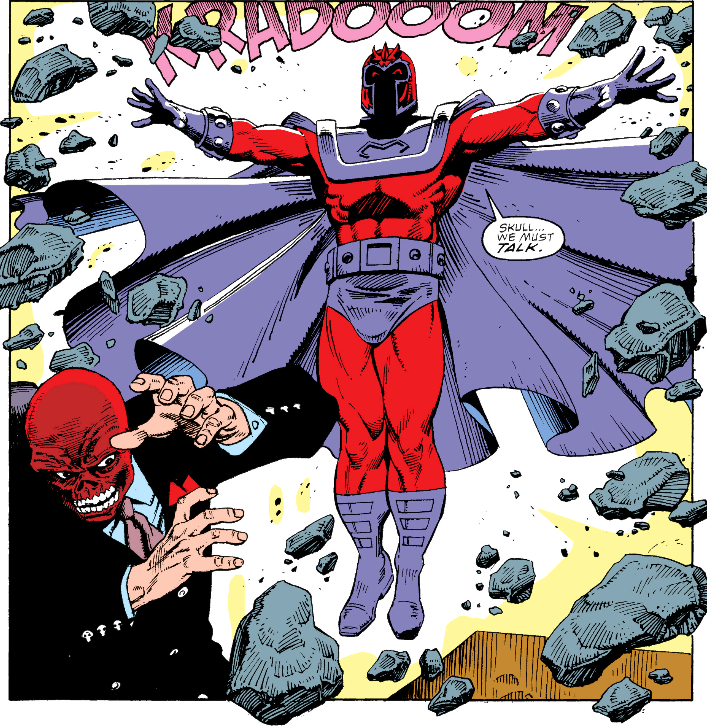 Now, I love a good super-villain fight as much as the next guy, but Magneto should have been able to kill Red Skull in a matter of seconds.  Instead, Skull escapes, leaving Mags to fight Controller. 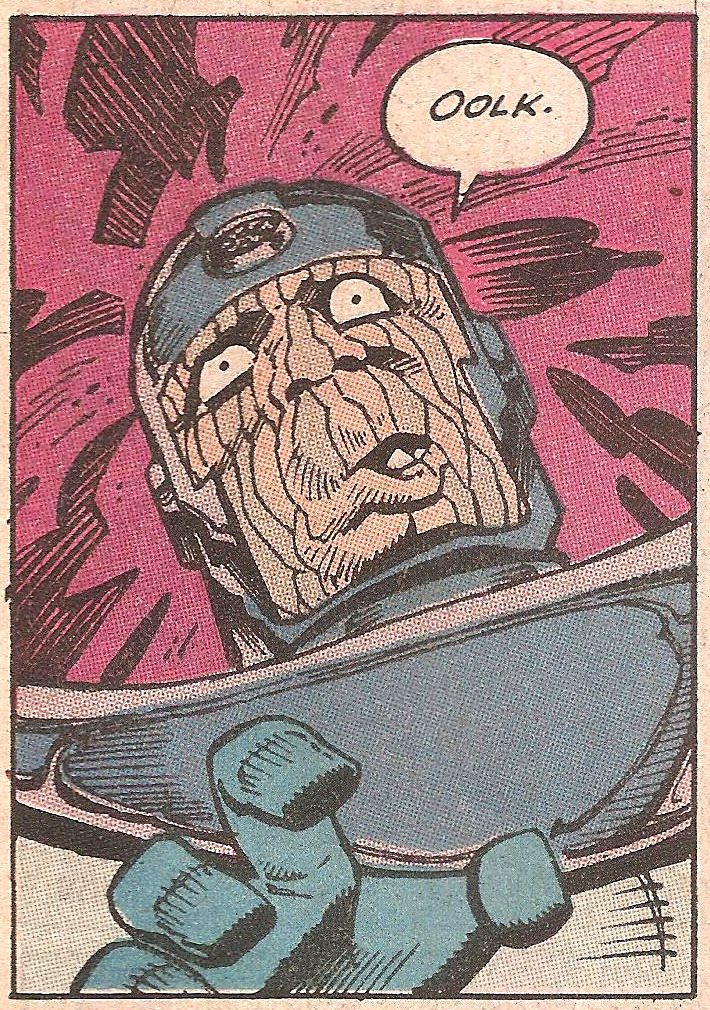 Controller gets punched by just about everyone in this story.

Ultimately, Magneto catches up with Skull and traps him in a basement with enough water and air to last him several months. 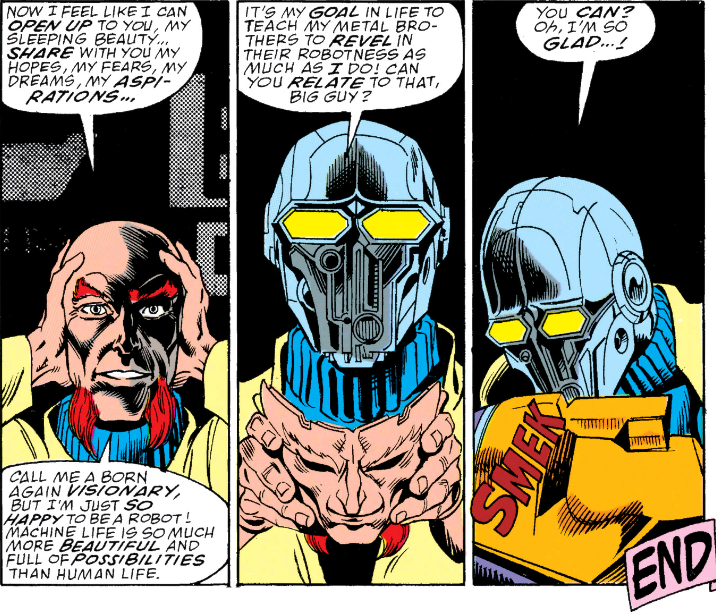 In Skull’s absence, Crossbones gets Machinesmith to put a robot Red Skull out there—so no one will know he’s gone.

The story gets pretty plot-heavy from here, but the upshot is that at the end of this story, Skull is still missing and Magneto has moved on to do other things.  Crossbones has recruited the Serpent Society to help find Red Skull.  And Cap is also on the hunt.

I’m breaking here rather than keeping on with this story because this is where the Acts of Vengeance stuff is clearly over and we’re back into a traditional Cap/Red Skull story.