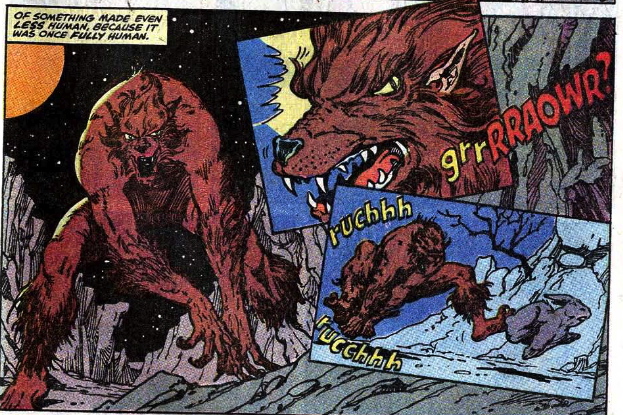 File this one under “missed opportunities.” Or maybe under “Peter David’s ideas are better than most people’s full stories.”

Werewolf By Night and the Peter David Hulk both transform during moonlight from kind, helpful people into destructive monsters.

The linkages there are fodder for several issues, or even a miniseries. We got one issue, in which Mr. Fixit dumps his girlfriend and decides he has to be a loner. Sure, it was inevitable that the story would go that way, but I would have loved more of this.

Hulk vs. Werewolf by Night seems like a pretty unbalanced match up, frankly.  WbN couldn’t even defeat Moon Knight, and yet he goes on with Hulk for several pages.

Werewolf is trying to eat Marlo, who dumped Hulk/Banner, and in this issue Hulk almost lets Werewolf kill her as revenge for dumping him.  Almost.  In the end, she wants to get back together but Hulk says no, because she can’t accept the “weaker” Banner side of his personality.  So we are seeing the two “characters,” who Peter David has kind of been treating like they’re two different people throughout is run, begin to reconcile with each other.  David does awesome character work.

And, finally, this issue is the first appearance of Madman, The Leader’s brother, albeit at this time he’s just an unnamed undercover janitor. 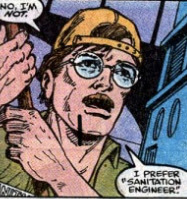 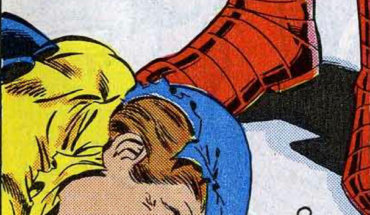 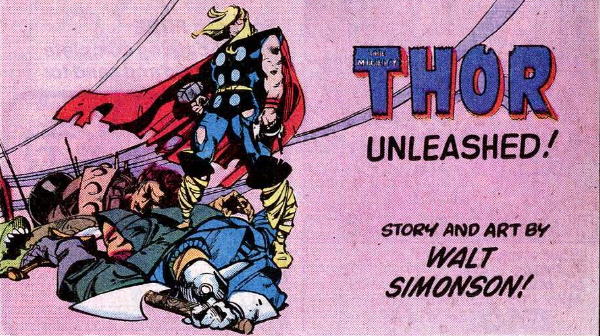