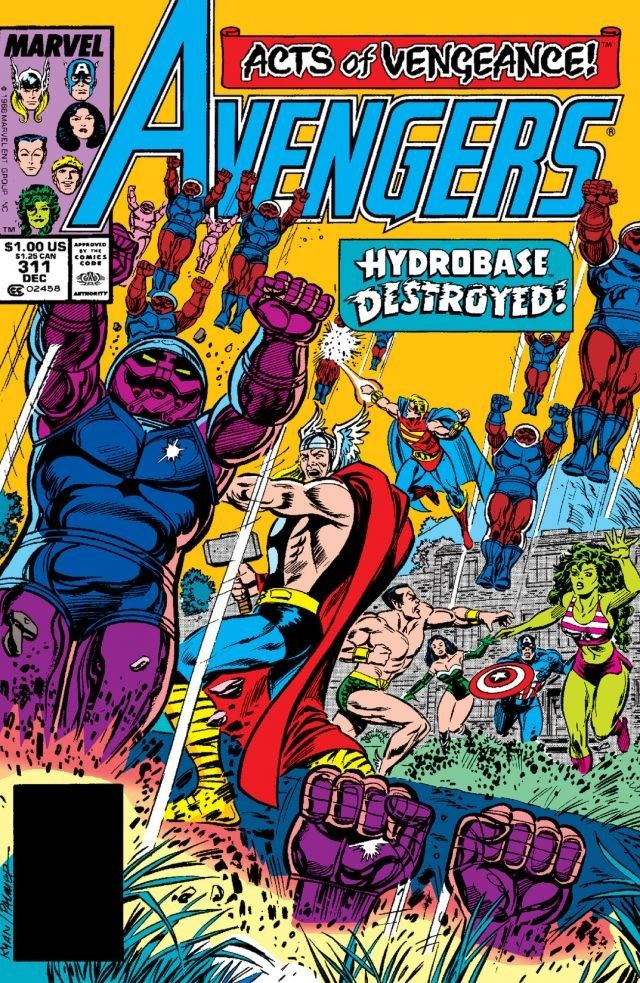 John Byrne writes an event tie-in.  Note his checkered history of accepting editorial direction.  At the same time that this issue came out, Byrne walked out of She-Hulk, for example.  So it’s not a surprise that it’s unconventional: The only Avenger who participates in this issue Quasar. 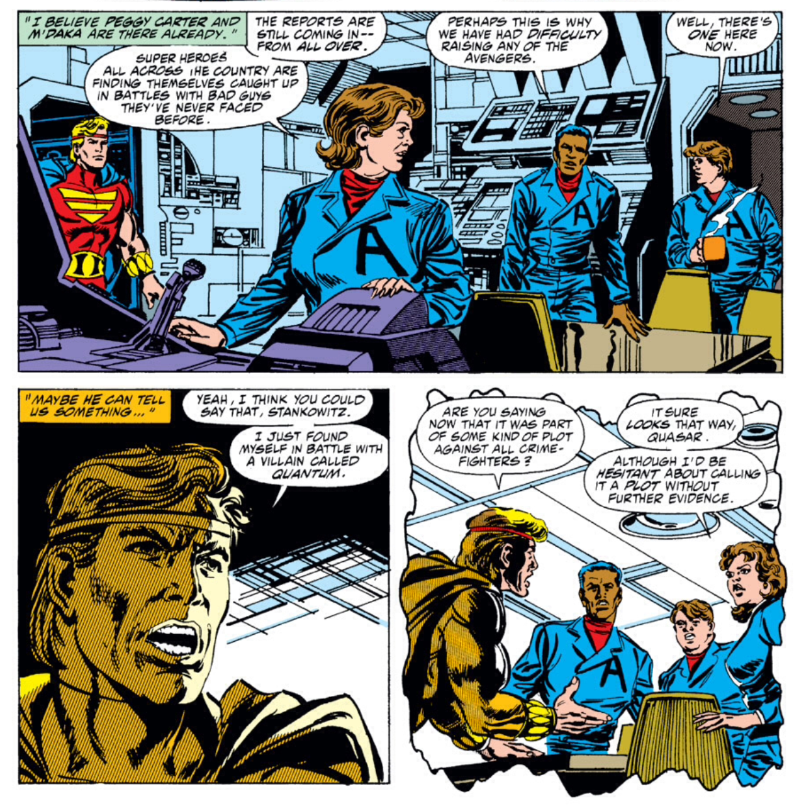 It starts with Quasar at Hydrobase learning that villains are getting power-ups and attacking heroes all over the world. 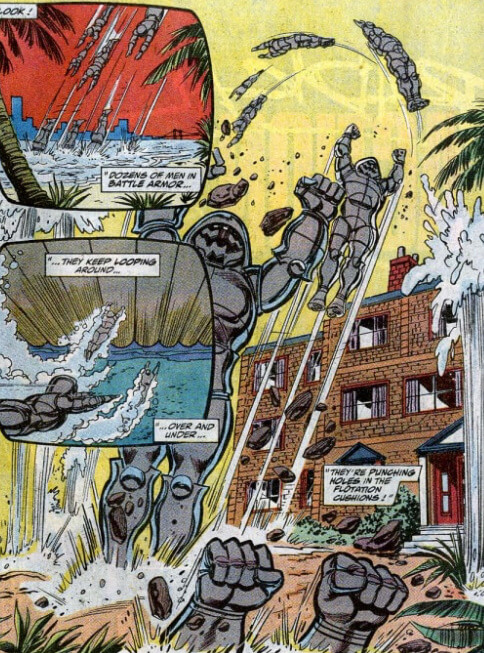 Then a bunch of Doombots attack the base.  Quasar, Peggy O’Brien, former Guardsman Michael O’Brien, and Fabian Stankowicz are on the island at the time and fight off the invasion, but Hydrobase is destroyed. 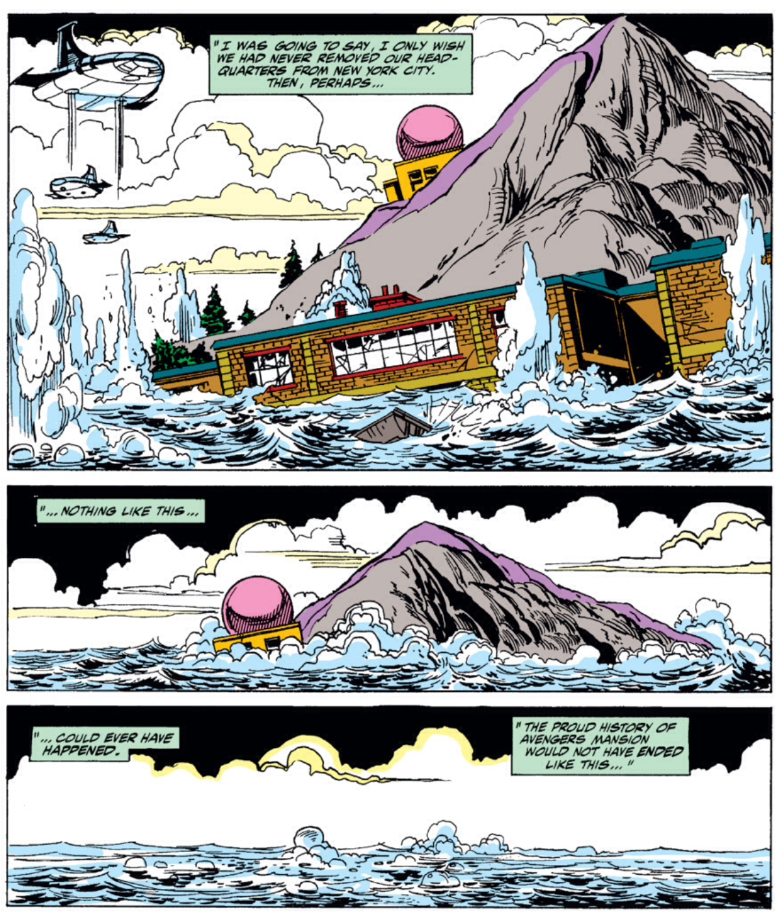 If that’s all that Byrne did in this issue, I’d give him a gold star.  Everyone knows that The Avengers belong in a mansion in the middle of New York City so that villains can wreak havoc and endanger civilians.  It’s tradition.

At one point in this story, Loki, Mandarin and Dr. Doom appear in shadows, self-identifying as the masterminds behind this threat.

Meanwhile, the very slowly developing Starfox subplot develops, as learns that Nebula is planning to get a power level comparable to the “late” Thanos.

Let’s get on with this already.  It’s been simmering for half a year. 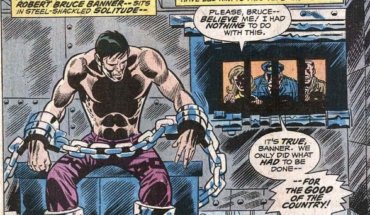 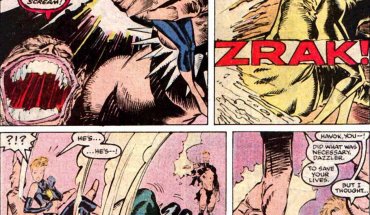 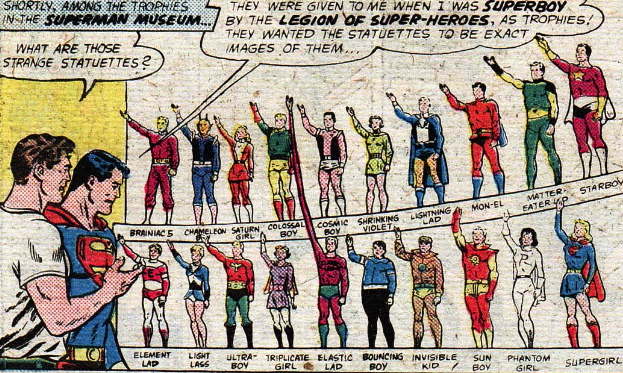 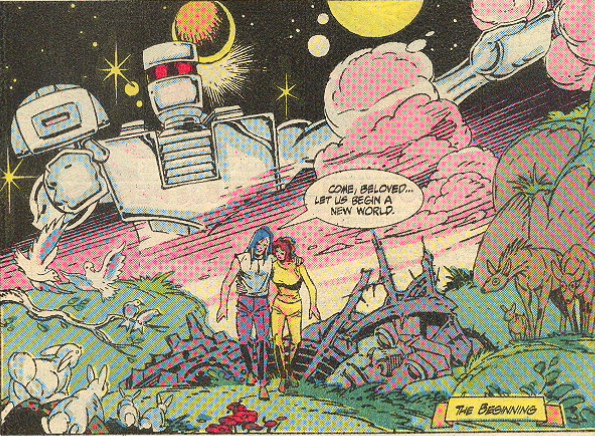