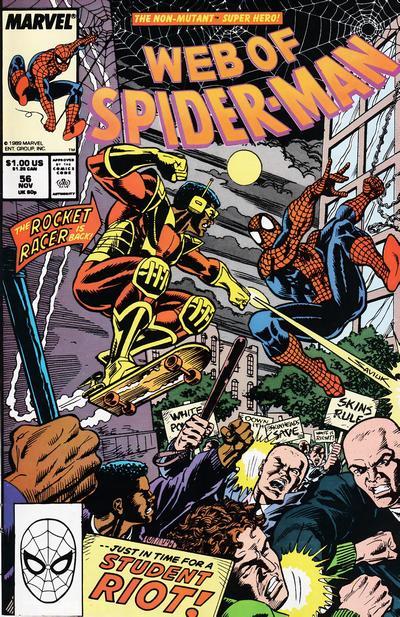 These issues are just bizarre. 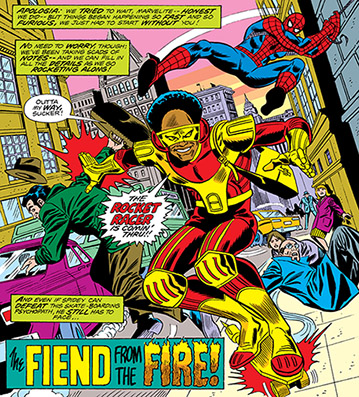 First of all, it’s the return of Rocket Racer, the antihero nobody was looking for. 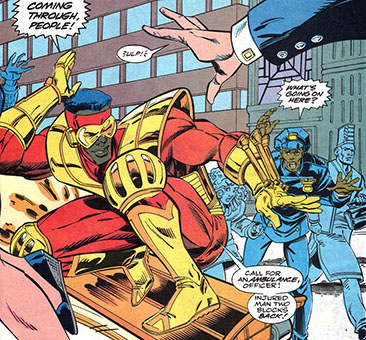 He shows up at a skinhead rally where the gang of white supremacists are literally burning a cross on an Empire State University dorm lawn, and Spider-Man for some reason feels the need to defend their right to free speech. Worse, he seems to actually sympathize with the skinheads—“Most skin heads are no more racist than anyone else. Heck, the skinhead style started an appreciation of black west-indian music.” 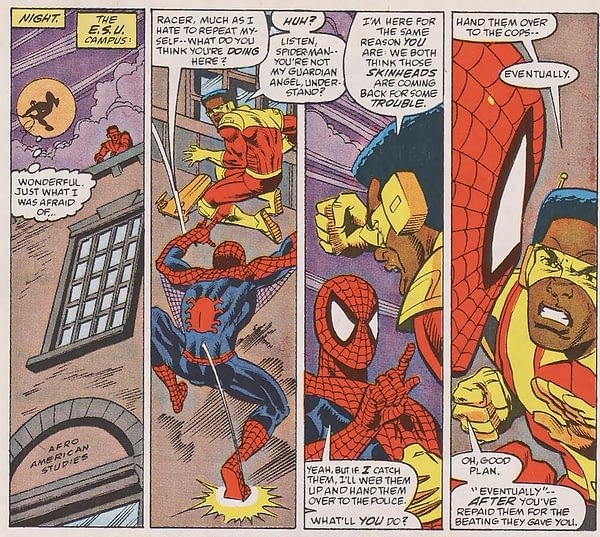 What the Hell is going on here?  These guys were destroying private property, using hate speech, and inciting riots.  They weren’t listening to Bob Marley. 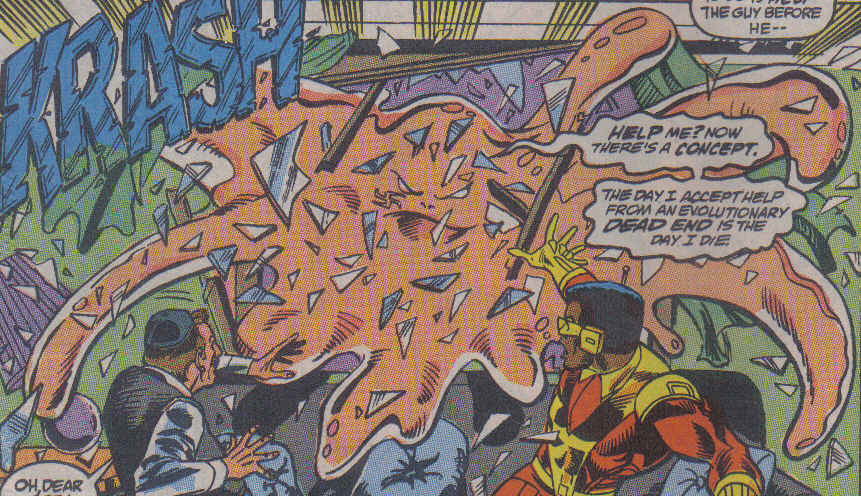 As the story progresses, one of the skinheads gets some experimental web fluid dumped on him and he literally melts into a misshapen super villain blob.

Another head scratcher: Peter Parker is trying to make stronger web fluid but accidently creates something that generates super powers? 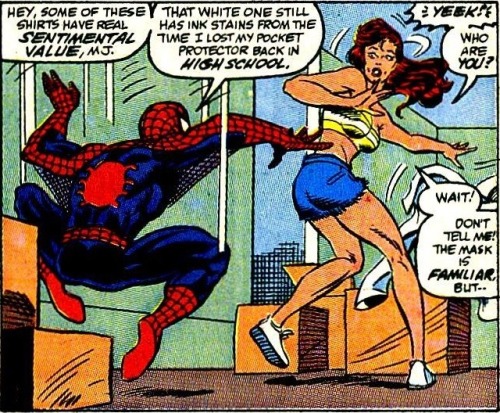 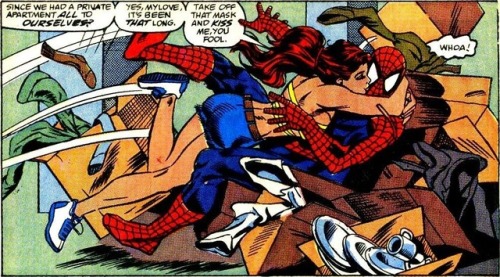 And there’s more of Puma buying the Bugle.