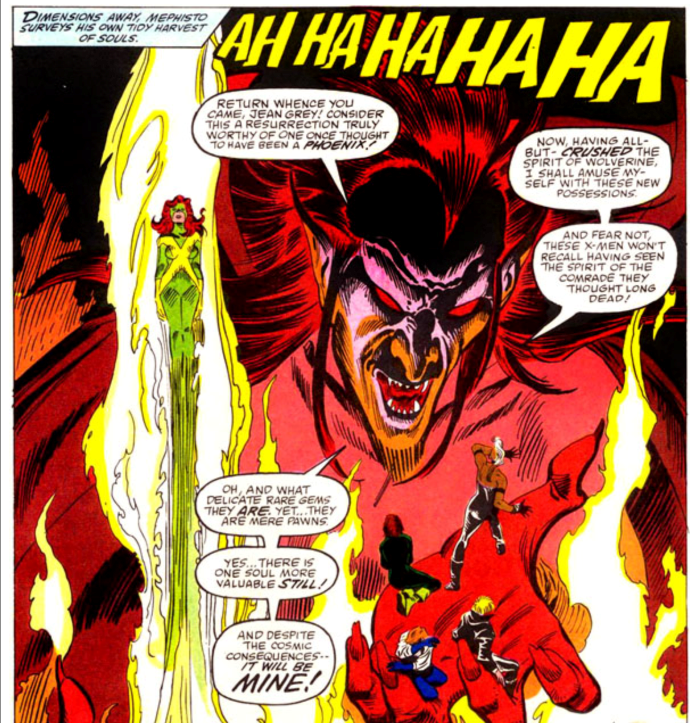 With this issue, this series descends from mediocre to tedious.  In issue #1, Mephisto took Susan Richards.  In #2, he traded her for Jean Grey.  In this one, he trades Jean for Rogue.

It’s inconsistent for Mephisto to basically be a rapist.  Gender has never been his fetish before this. 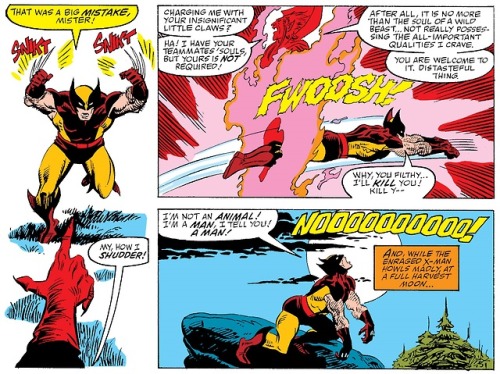 Granted, he takes Rogue only after tricking her into absorbing the minds of all of the X-Men, so in his mind he’s getting several souls for the price of one, but we all know that Rogue’s powers wear off and there’s never been any indication that when she absorbs powers and memories she also gets a piece of the victim’s soul.

And speaking of souls–Longshot doesn’t have one! 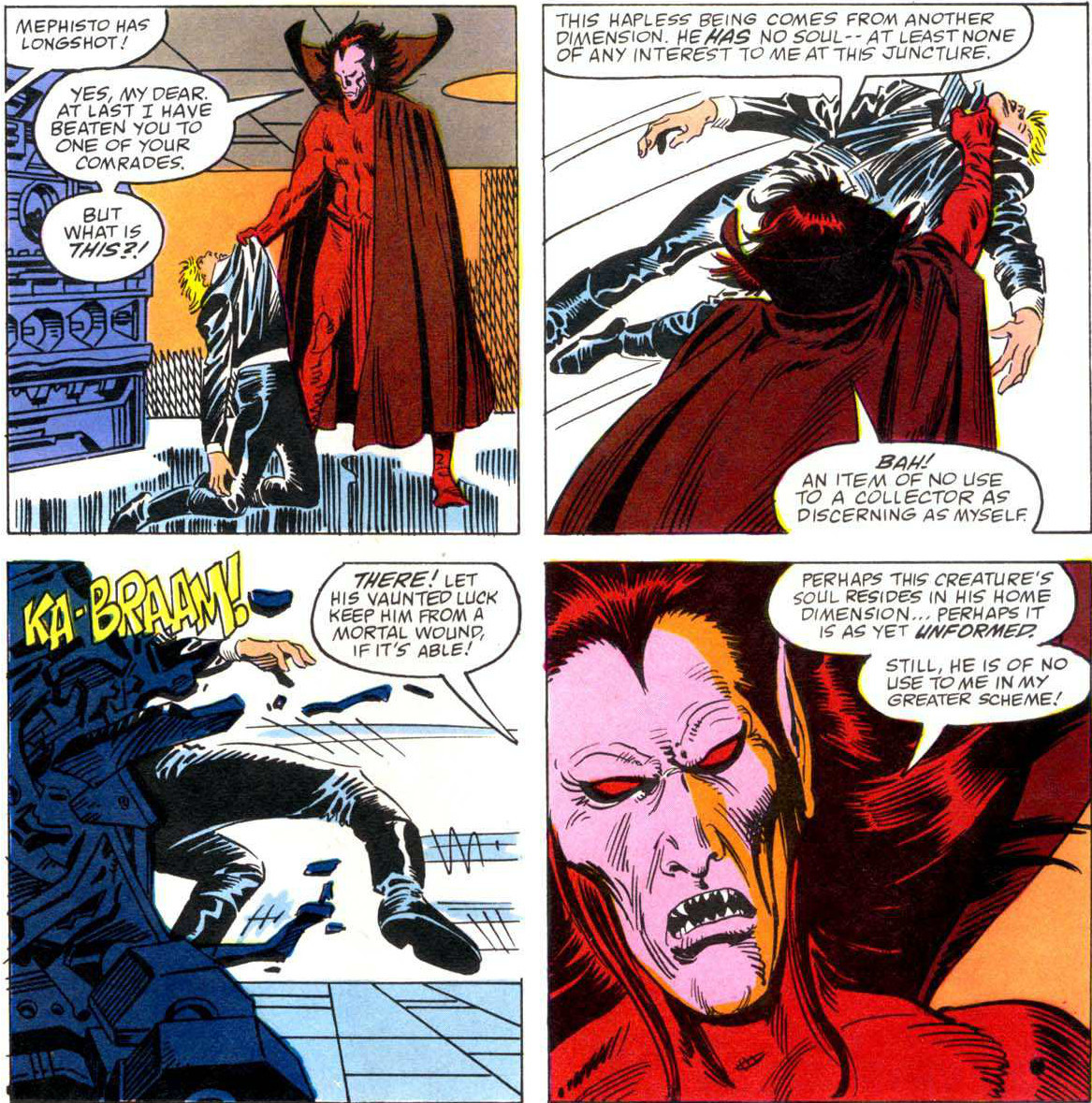