See this is where memory fails me.  I remember this book emerging out of the 1984 Secret Wars miniseries, with Ben staying behind on the Beyonder’s World where he could change from Ben to Thing at will.  But I was wrong!  This title got started before the Wars began, as a way to give Thing some solo time.   Basically, John Byrne was a legend at this point, so if he wanted to write a solo book, editorial couldn’t say no. 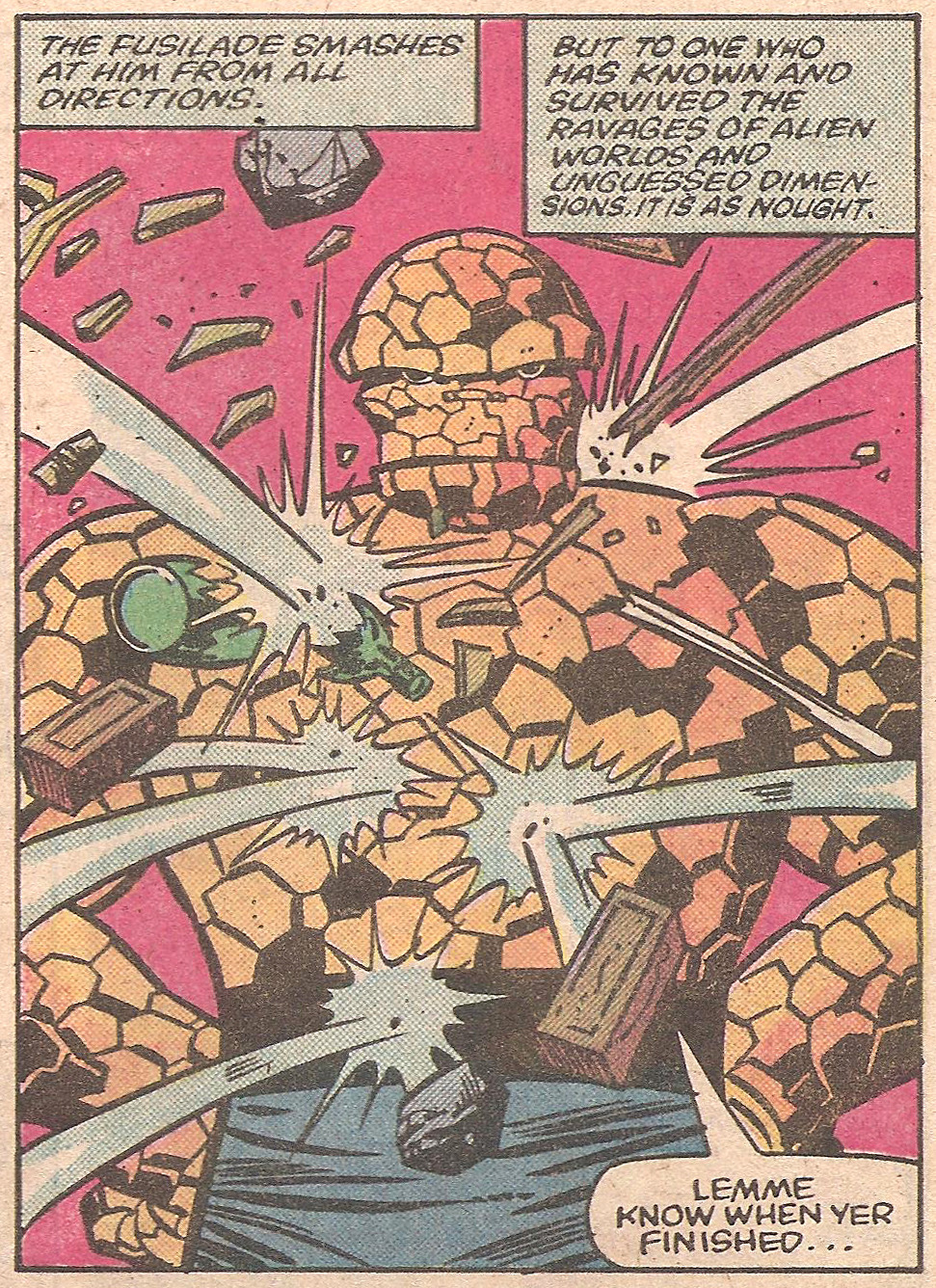 On art, it was Ron Wilson–the best thing to come out of Marvel Two-In-One.

And to announce how this title would be different, emphasizing Thing as a character rather than as a companions-meet-and-fight comic, the first issue was all about Yancy Street.

I’m not a huge fan of stories where Ben goes back to his roots, but this one isn’t that bad.  The depictions of the Yancy Street gang members are way too cartoonish and, frankly, silly, but overall there’s nothing overtly awful.