Roger Stern’s first issue of Amazing—but not the start of his amazing run on Amazing, which actually because a few years later with issue #224.  There’s a great article about this issue here.

Basically, Roger Stern wanted to cap an ongoing storyline about J. Jonah Jameson going gradually crazy because he didn’t see the storyline going anywhere.  More importantly, he was brought in (with John Byrne) as a fill-in writer because Marv left Marvel and they needed something quick.  As a result, he wrapped up a Marv Wolfman loose end and, with Byrne, got a whole issue from brain to page in four days.  So, instead of making JJJ a person with mental illness, which seemed to be how Marv was writing it, he made JJJ a victim of Dr. Jonah Harrow—and gave a shout out to Marv in the process by naming the “crazy-making ray gun” used by Harrow M.A.R.V.: The Mental Attitude-Response Variator ray.

The ending scene is what you expect–most JJJ stories end like this: 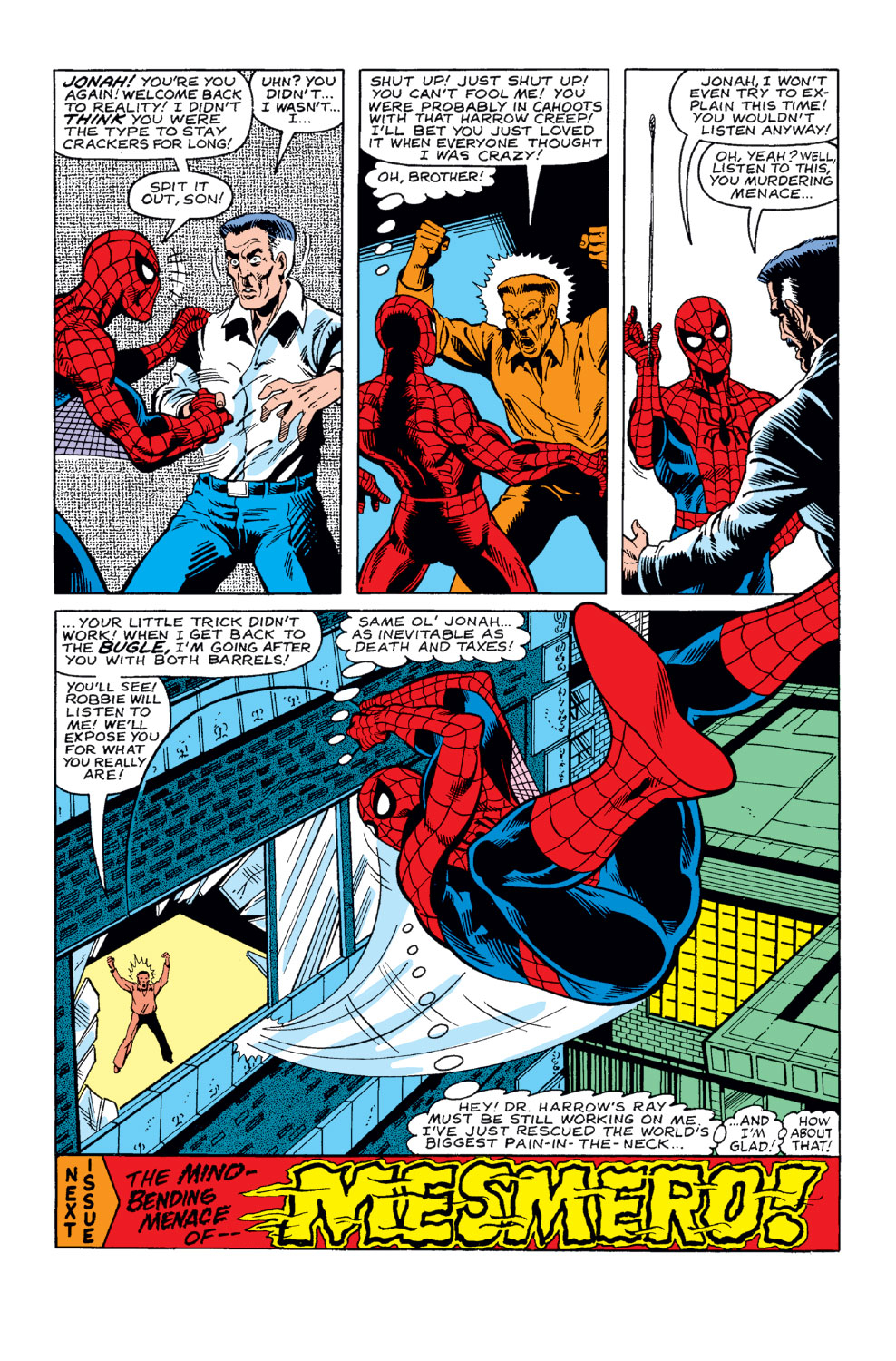