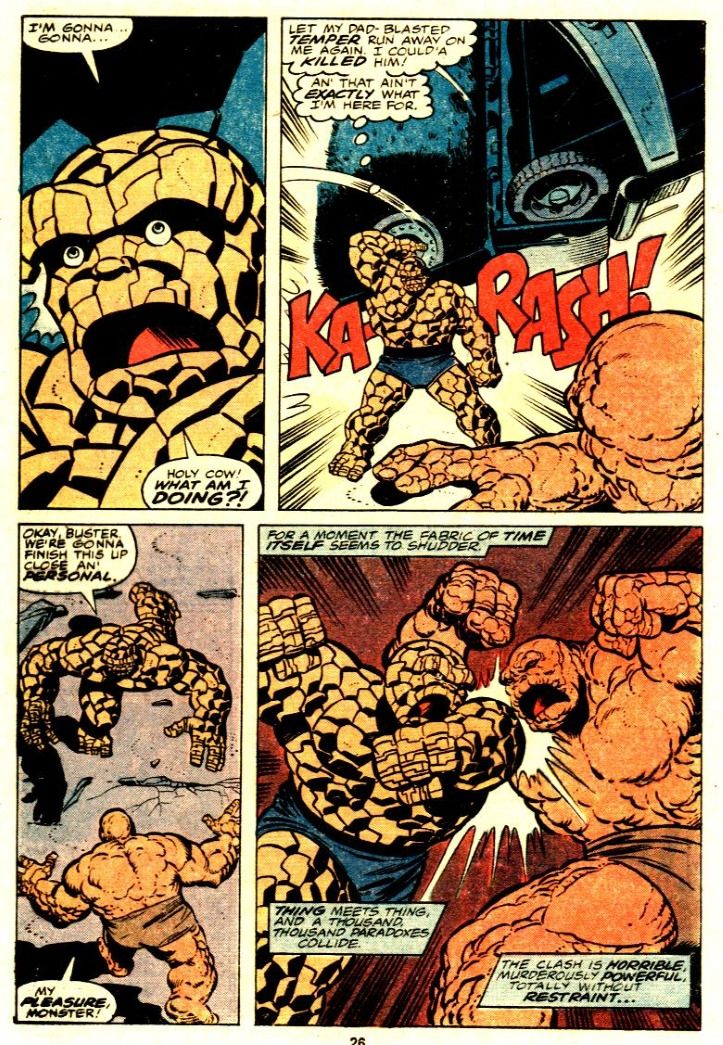 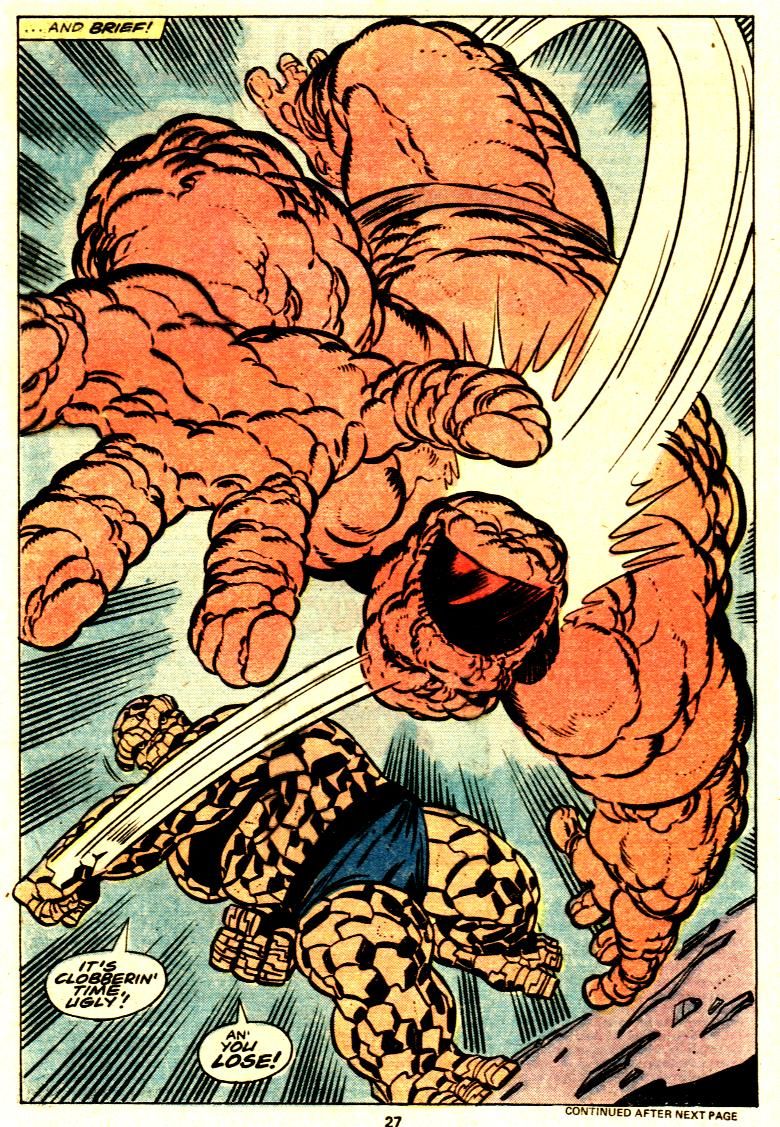 First off, this issue has a great title: “Rememberance of Things Past.” Second, this is the first Thing story written and drawn by the great John Byrne, who take on a Thing solo book after the Secret Wars of the mid-1980s. At this time, Byrne was starting to work on Fantastic Four as an artist, so I’m assuming that this issue helped get him into the right headspace to eventually become that book’s sole creator for a long, long run that is second only to the original Stan Lee and Jack Kirby issues. It’s also the first time Byrne got solo writing credit on a comic. Mr. Fantastic has figured out how to cure Thing, only the cure will only work on him in the lumpy-not-rocky state he was in during the early Lee/Kirby issues, before his metamorphosis had continued, so he sends Thing back in time to give the cure to that version of himself.

Thing doesn’t react kindly to himself.