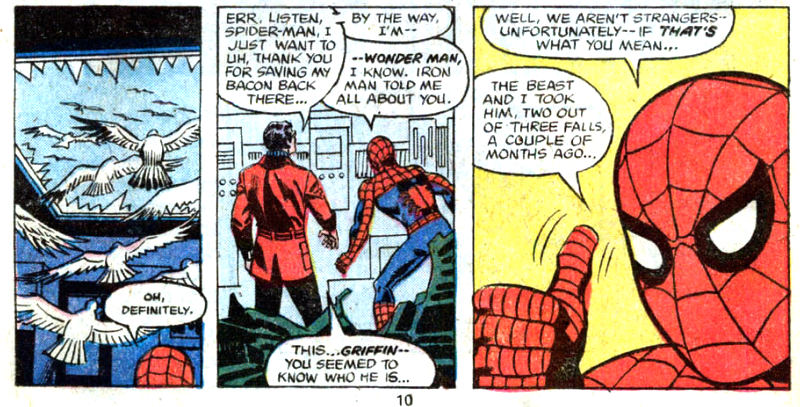 I don’t know why, but I like Wonder Man.  I mean, he’s a pretty nondescript character—especially in the 1970s—and his power set is pretty bland. Also, he doesn’t even have a cool costume.  But I like him, and because of that I liked this issue.  Even though it’s against the lame-as-Hell villain The Griffin, who just keeps pelting Spider-Man with pigeons. 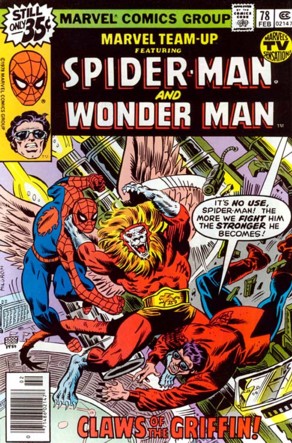