Every month, John Byrne brings back some weird and wacky piece(s) of Marvel lore, and this issue it’s U.S. 1’s turn.  Also… 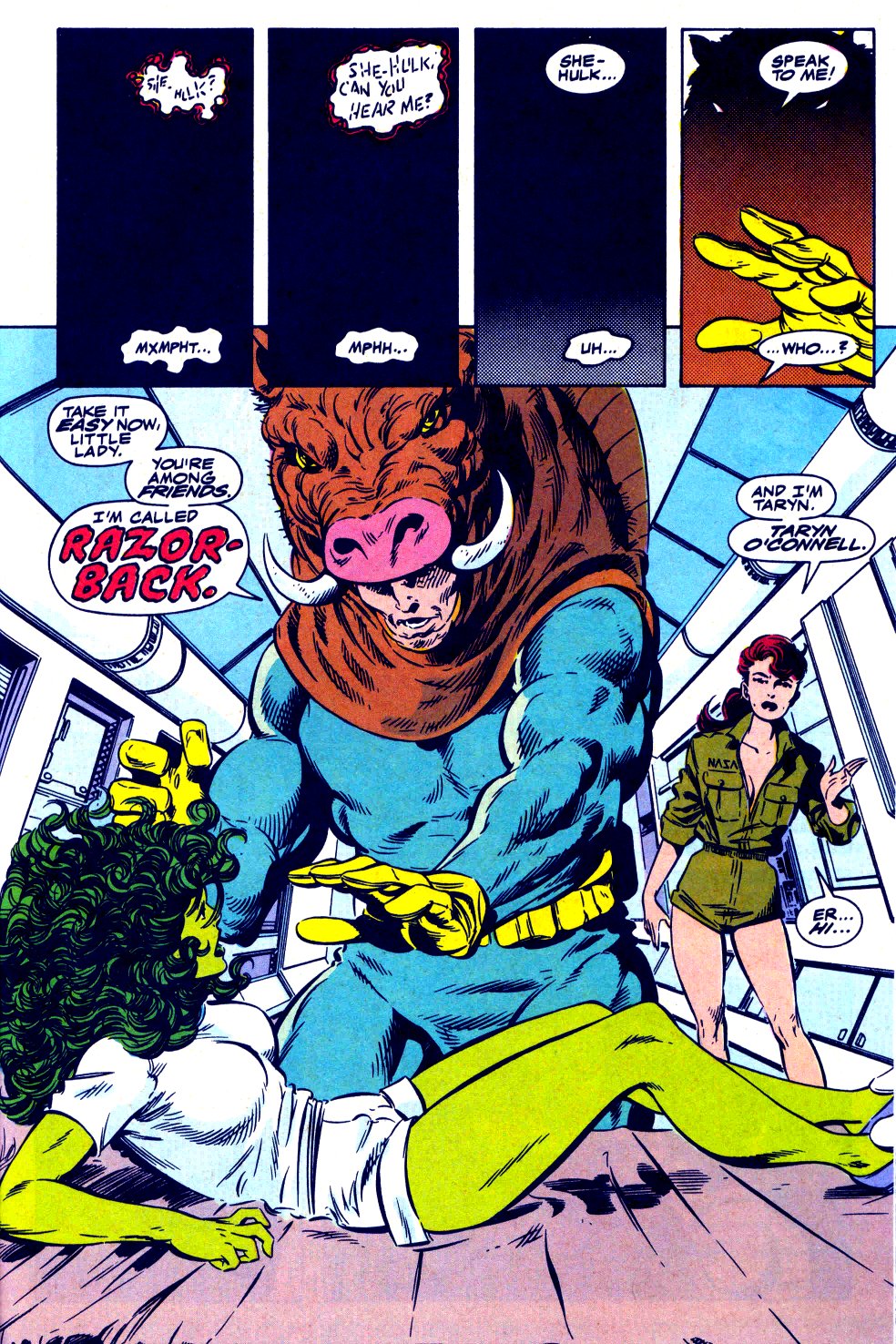 Razorback.  In some ways, I find it odd that Marvel published a book that is basically just a satire of Marvel’s own books—by 1989, Marvel was starting to take itself very seriously—but I also get it.  This book is a huge reward for nerds.

Plus, it’s not all satire… 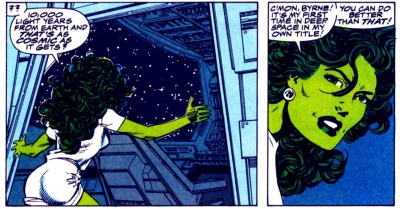 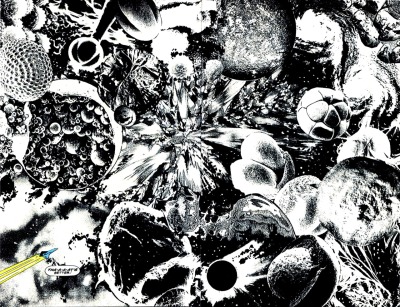 Some of it is tribute, like the above full-page pic that uses the old Jack Kirby technique of space photo-realism, and then this cameo by the original (and at that time, the only) Guardians of the Galaxy. The villain is an old Defenders/Dr. Strange foe, Xemnu, who wants to steal U.S. 1’s baby. 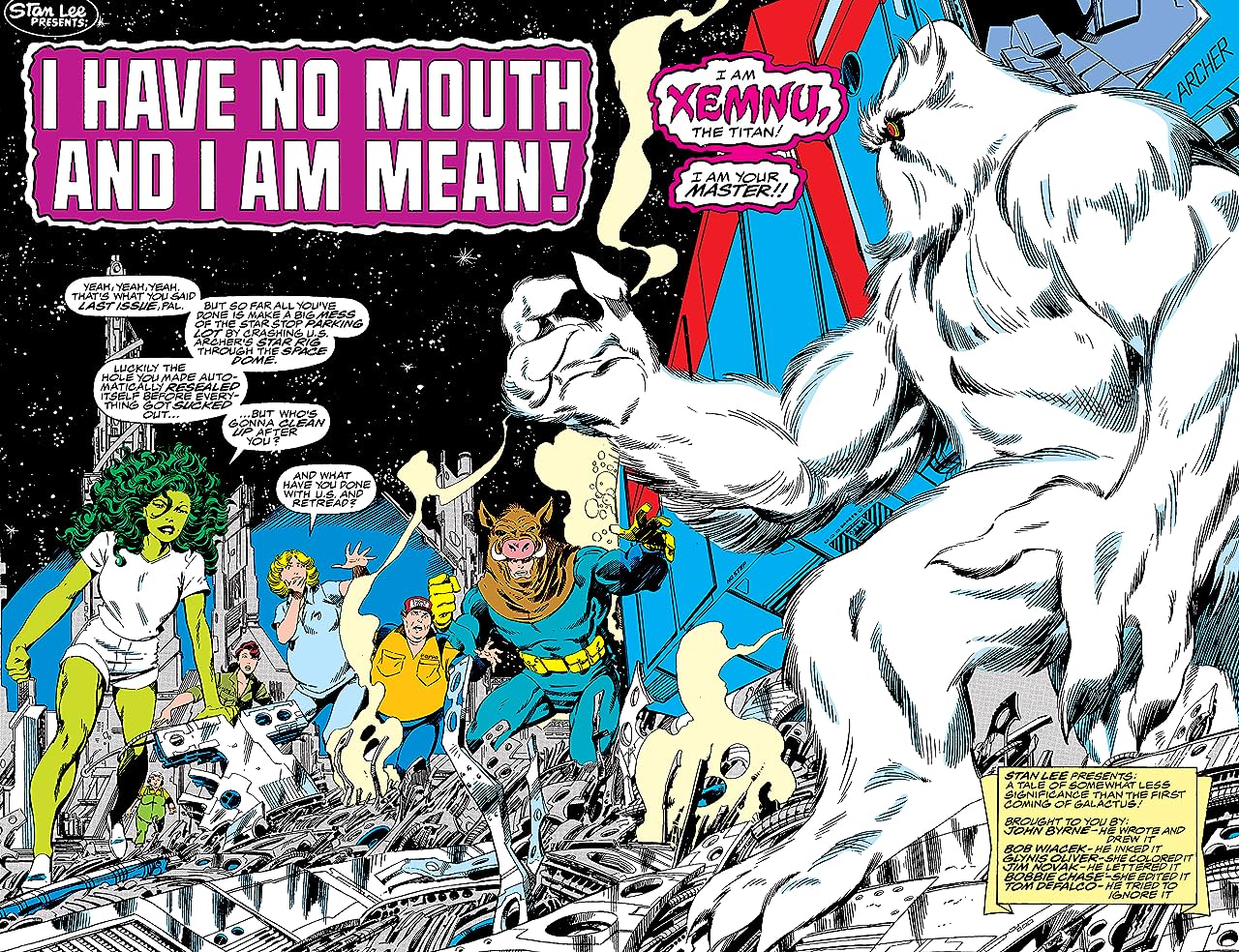 Reed Richards makes a cameo helping She Hulk with the big pink truck. 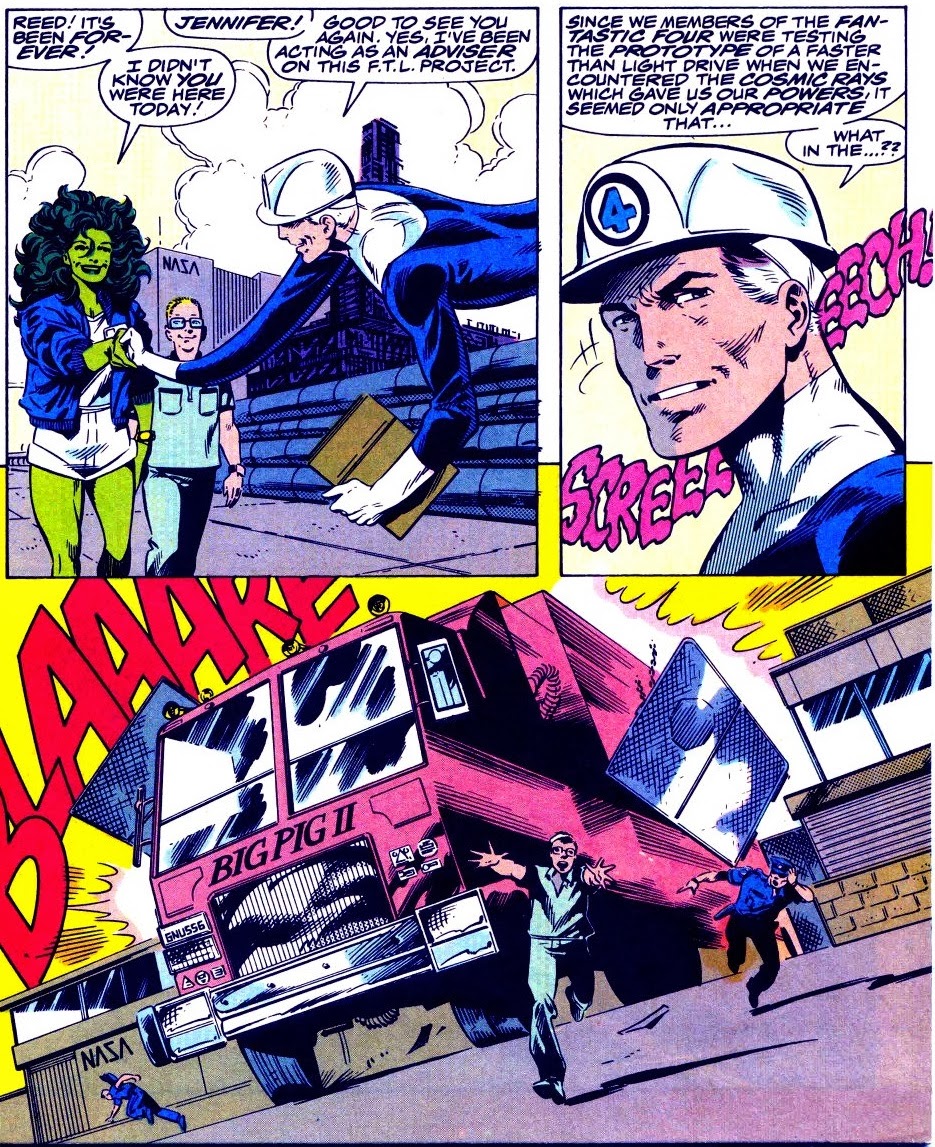 But it doesn’t really matter.  The fun in these books is the telling—the stories themselves are silly.  Remember when comics could just be fun?

I miss those days.