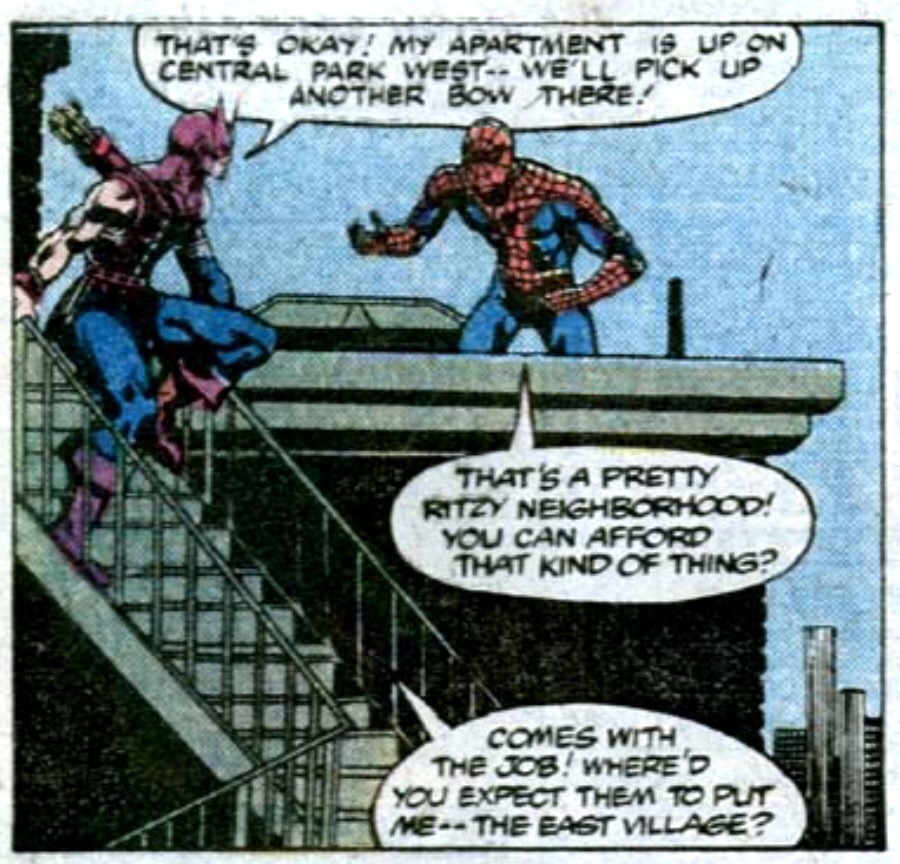 Hawkeye and Spider-Man take on a new version of the old Daredevil foe, Mr. Fear—this time, it’s the original Mar. Fear’s nephew.  As is the tradition, the story starts with the two characters fighting. 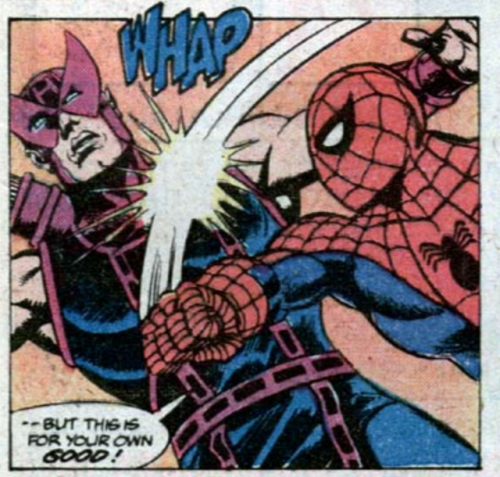 But it’s because the villain, Mister Fear, has him enthralled. 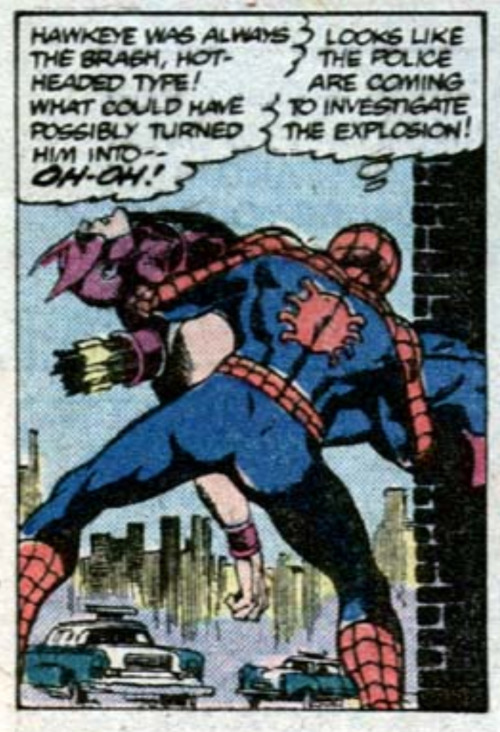 Hawkeye at this point is working as the head of security at Cross Technological Enterprises, and out of the goodness of his heart, Spider-Man teams up with Hawkeye to help recover some stolen property. 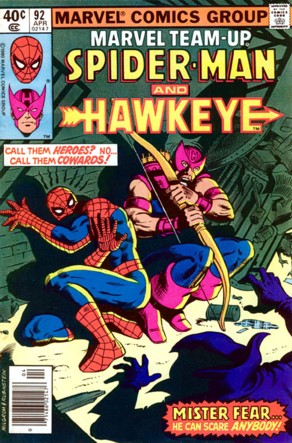 When Hawkeye comes to, he tells Spidey that he’s not the only hero with tracers!

Other than the fact that it’s strange that these two guys take an entire issue to take down a guy who couldn’t beat Daredevil, it’s a decent issue. 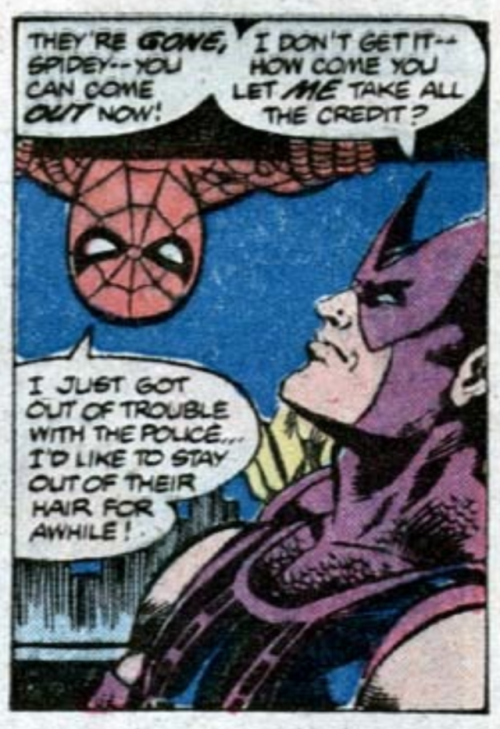