Quicksilver can fly by rubbing his legs together.  Seriously.  Another example of an early power set that never gets developed.  Also, Janet Van Dyne gets rich.  We learn she’s 23 years old now, which means she gets all her dead daddy’s money. 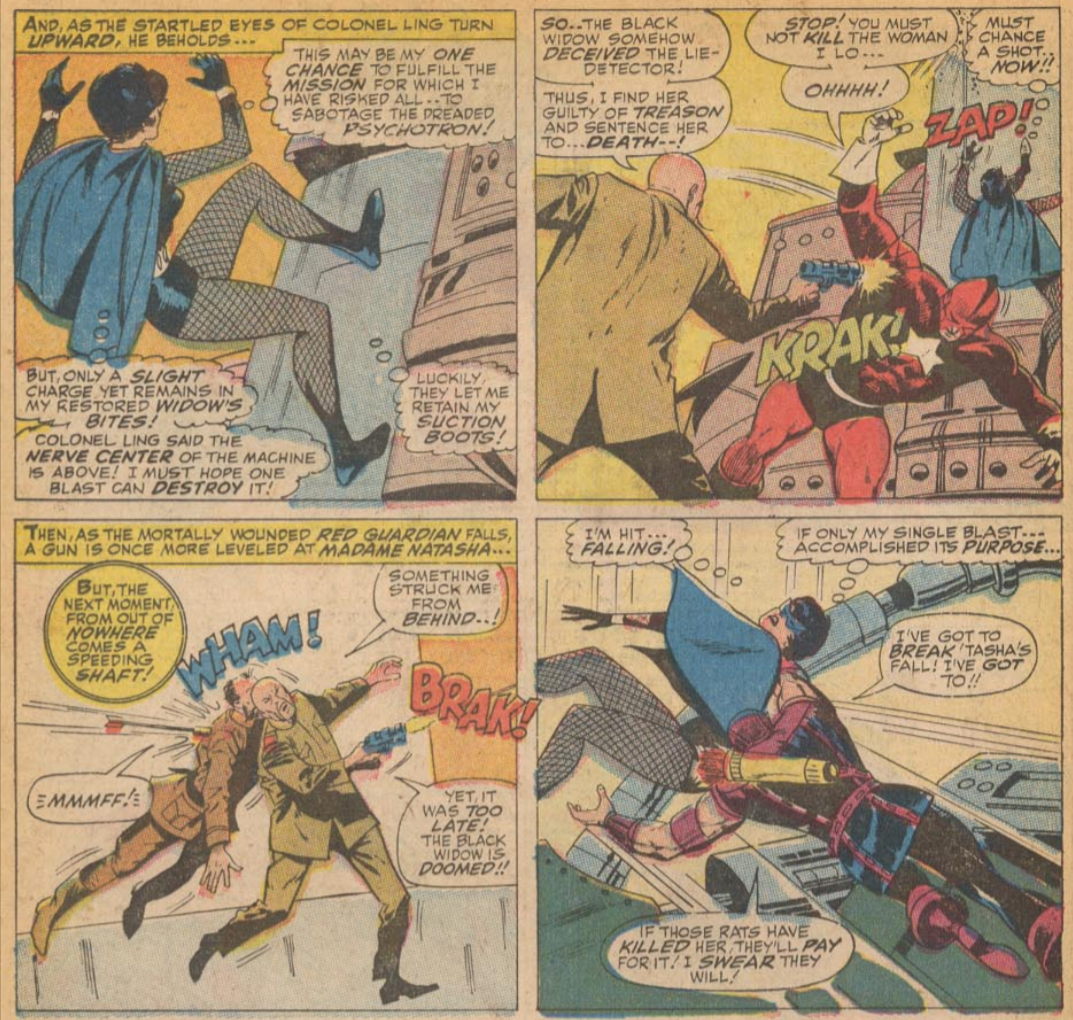 None of that is the main story, which deals with Hawkeye leading a tiger team (just him and Hercules) behind the iron curtain to try to find and retrieve Black Widow.  From her husband Red Guardian. 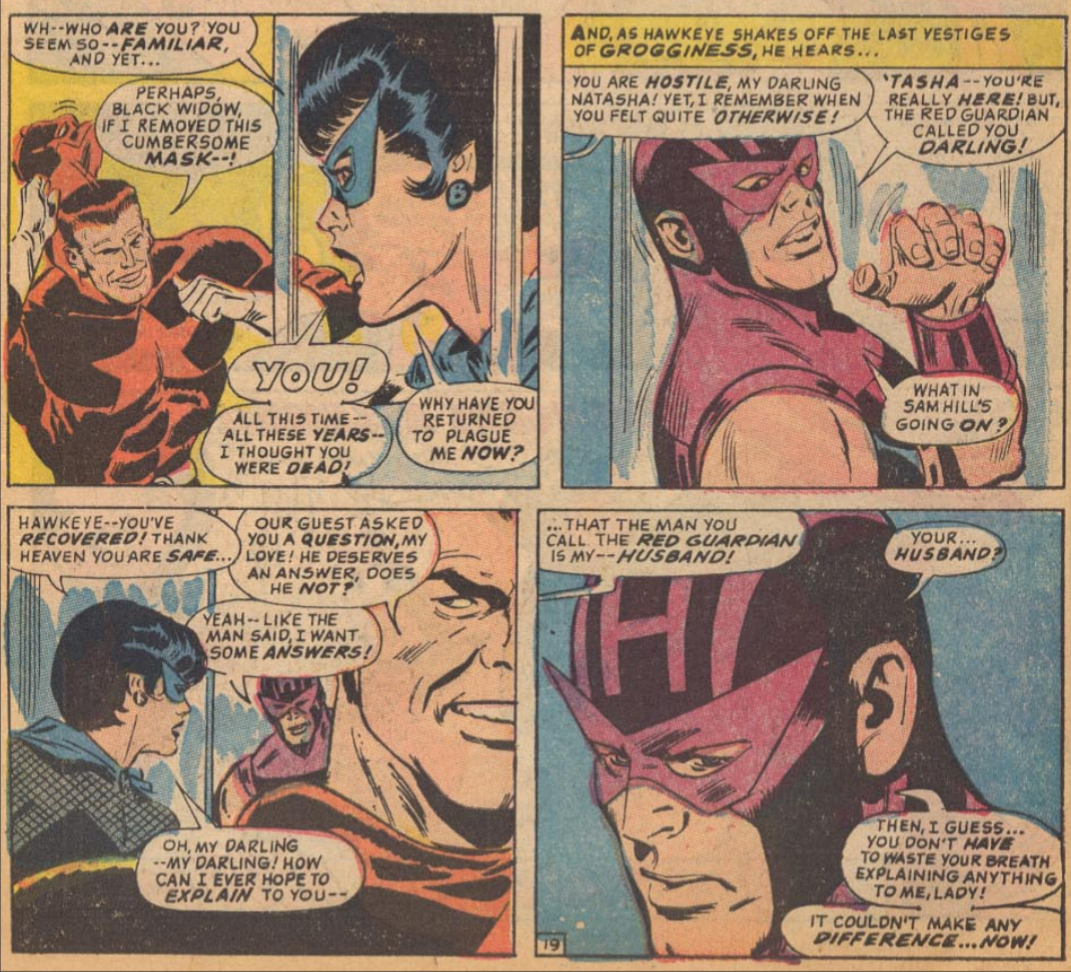 But to get her,  they have to go through Captain Russia, who goes by the name Red Guardian.  Who, we learn, is also Mr. Black Widow.  Yes, Natasha has a husband who she thought was dead and, by the end of the adventure, he really is dead—giving his life to save hers.  (Actually, he survived, according to Brian Michael Bendis’ Daredevil #444.  Yet another arcane and pointless bit of trivia that makes continuity nuts like Bendis so much fun for nerds to read.) 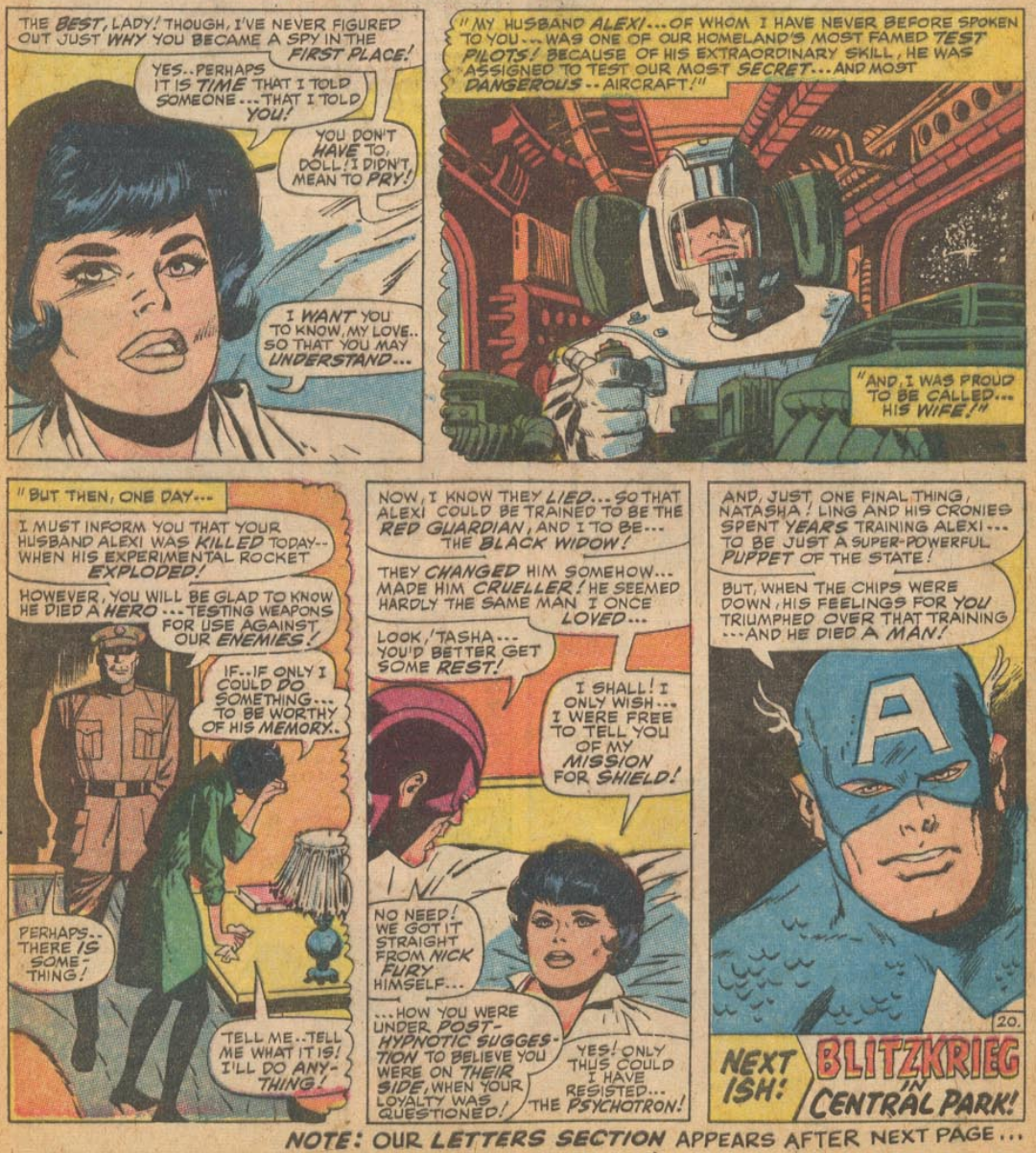