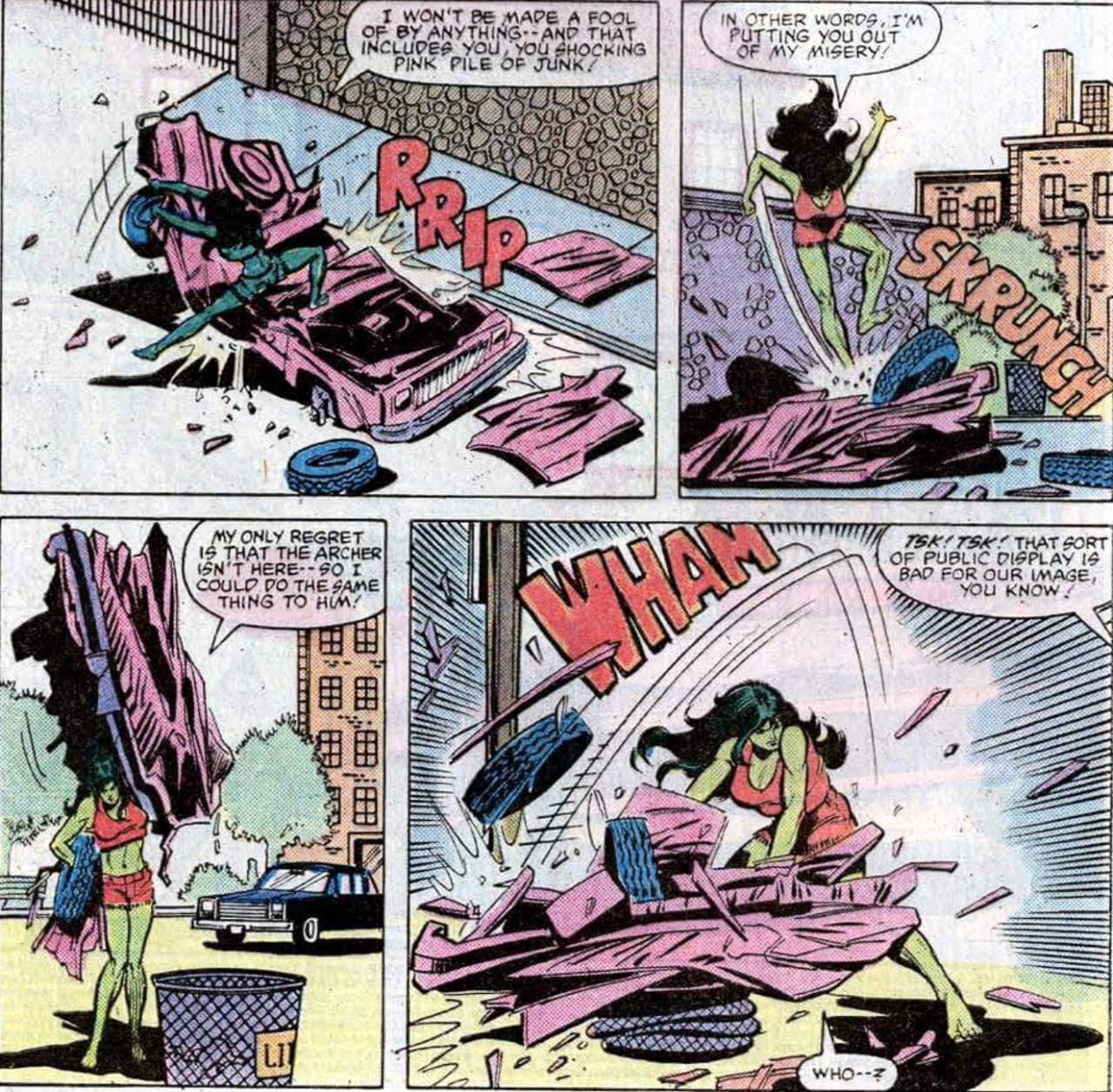 This issue involves Egghead forming a new Masters of Evil, featuring Tiger Shark, Whirlwind, Scorpion, and Moonstone, and they get defeated in about a page and half.  Seems about right.

What’s cool about this Jim Shooter-led (and sometimes scripted) period for The Avengers is the focus on She-Hulk.  And her never-realized flirtation with Hawkeye. 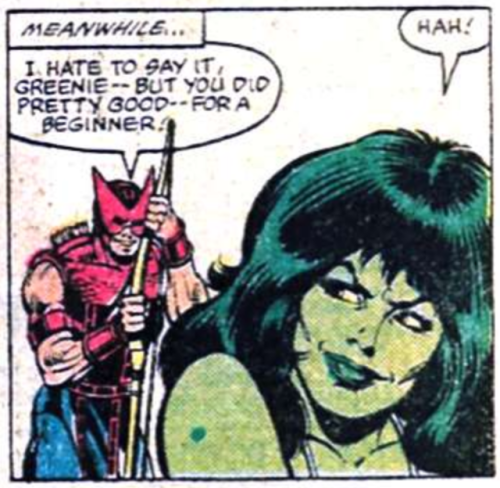 By now, her solo book has been cancelled, and it was never all that great.  But we see her developing into a full-fledged fan favorite during her stint with The A-Team, and then later when she joins the Fantastic Four she becomes an A-list character.

In this issue, she gets annoyed at her broken down pink caddie, and then gets a new outfit from Janet Van Dyne.  When Hawkeye sees it, he ridicules her… 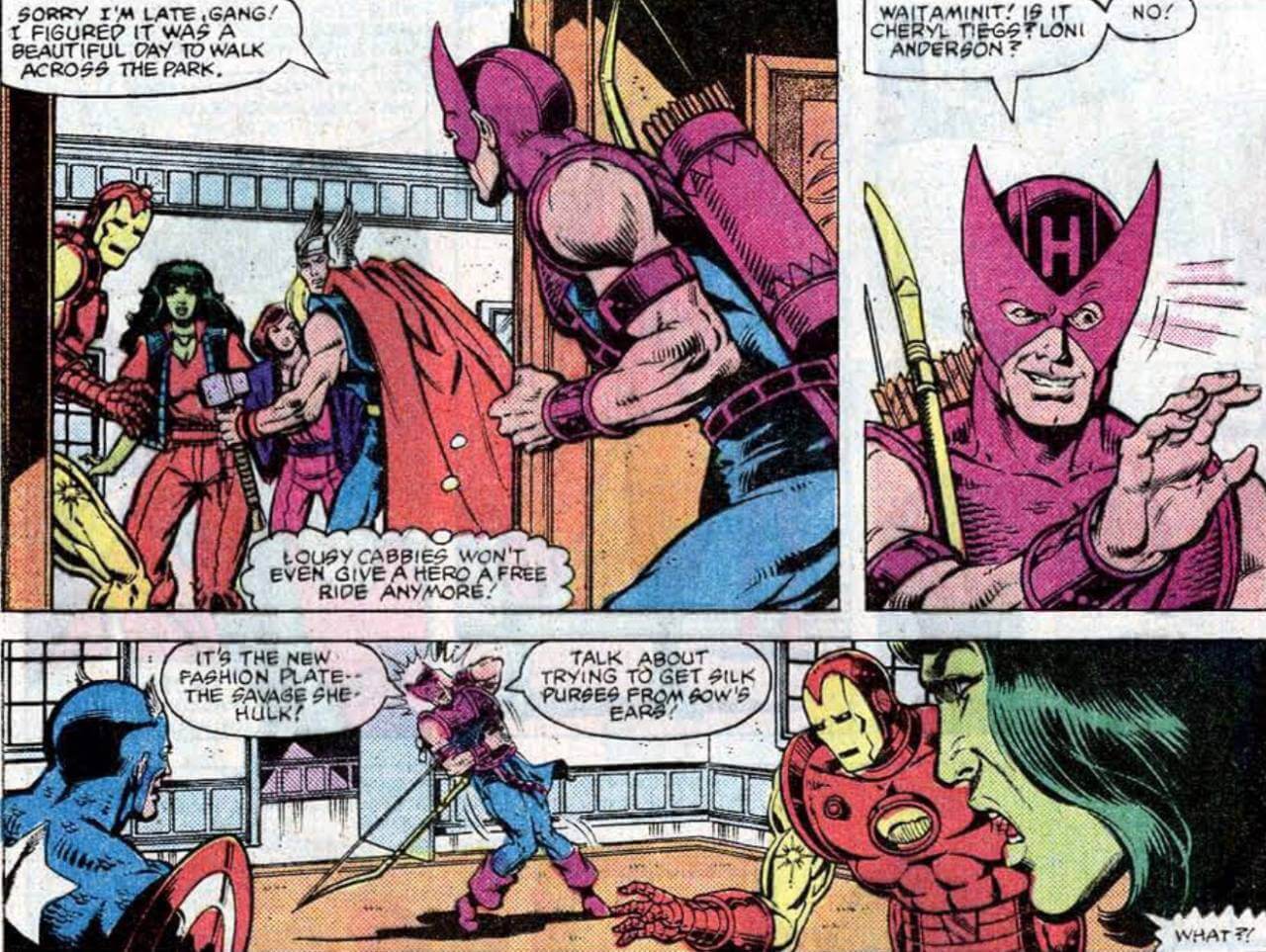 But then she kisses him full on the mouth. 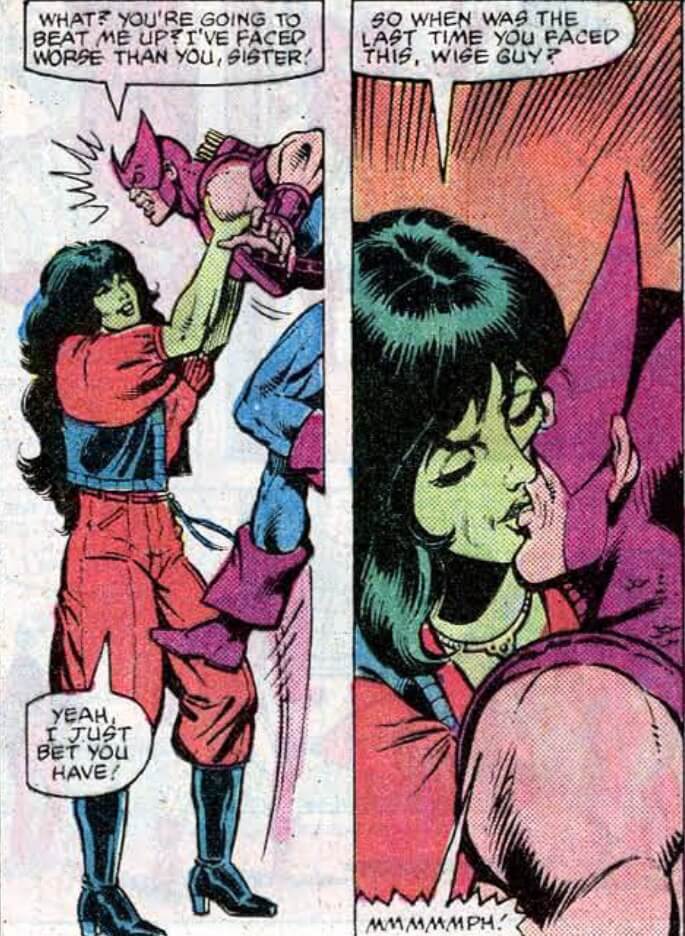 In fact, in the same issue, Whirlwind starts to sexually assault the Wasp (she shrinks and stings the crap out of him).  Lots of sex in these issues, which is kinda cool and appropriate.  And sex is used playfully, and for evil by villains—I don’t think there’s sexual range in a lot of modern books.

It’s also worth noting how Wasp and Hawkeye, in addition to She-Hulk, get so much screentime in this issue (and others from this period).  The other main characters, Cap, Iron Man and Thor, had their own solo books, but this was the only place you could read about these other heroes.  It was special—another thing missing from today’s books, where there’s an event every six weeks so you see all the Marvel characters assembling all the time. 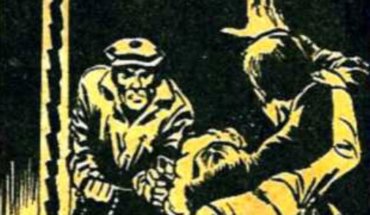 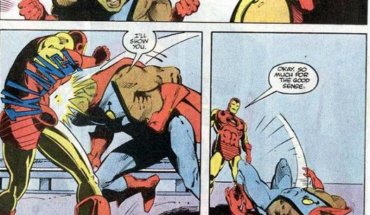