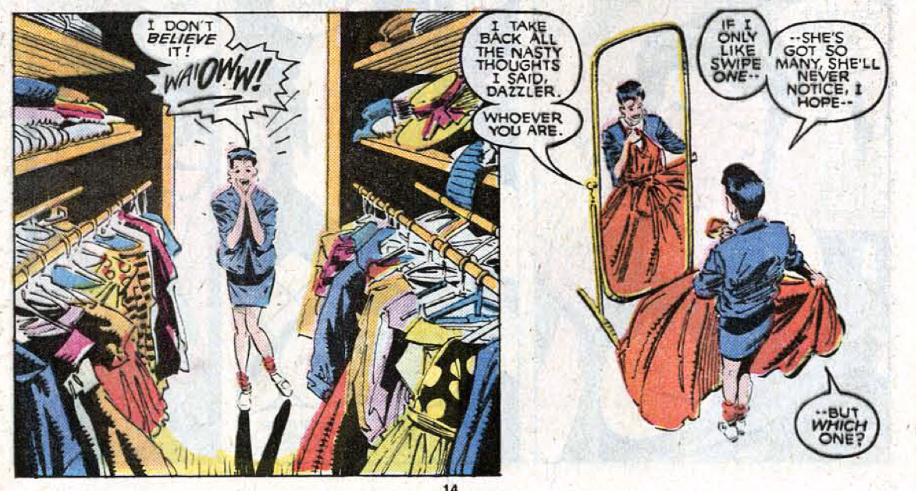 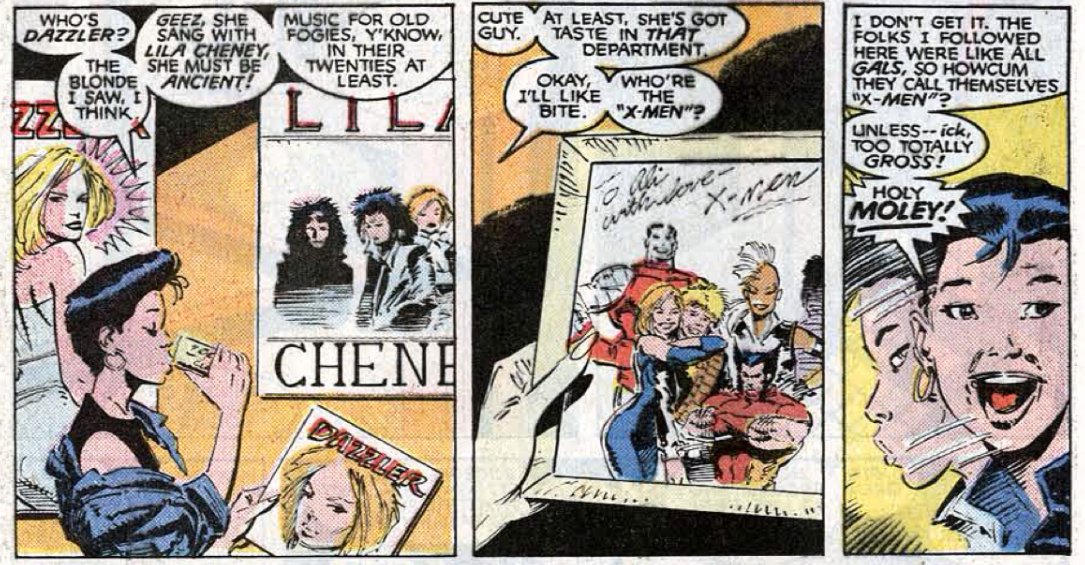 In typical Claremont fashion, these issues have one big story with lots of 2-4 page check-ins.  Dazzler is contemplating her possible futures using The Siege Perilous—the magical object named after Arthurian legend that serves as a portal to alternate reality versions of X-Men.  Wolverine requests a leave of absence to go do his solo book (yeah, Chris Claremont actually tried to explain where all the Wolverine stories fit—in the later 1990s he’s in every book and everyone just assumes he has endless time to be everywhere).  Jubilee is still living at the X-Men’s Australian hideout, and the X-Men don’t know who she is or that she’s hiding there…

And then there’s the main story… 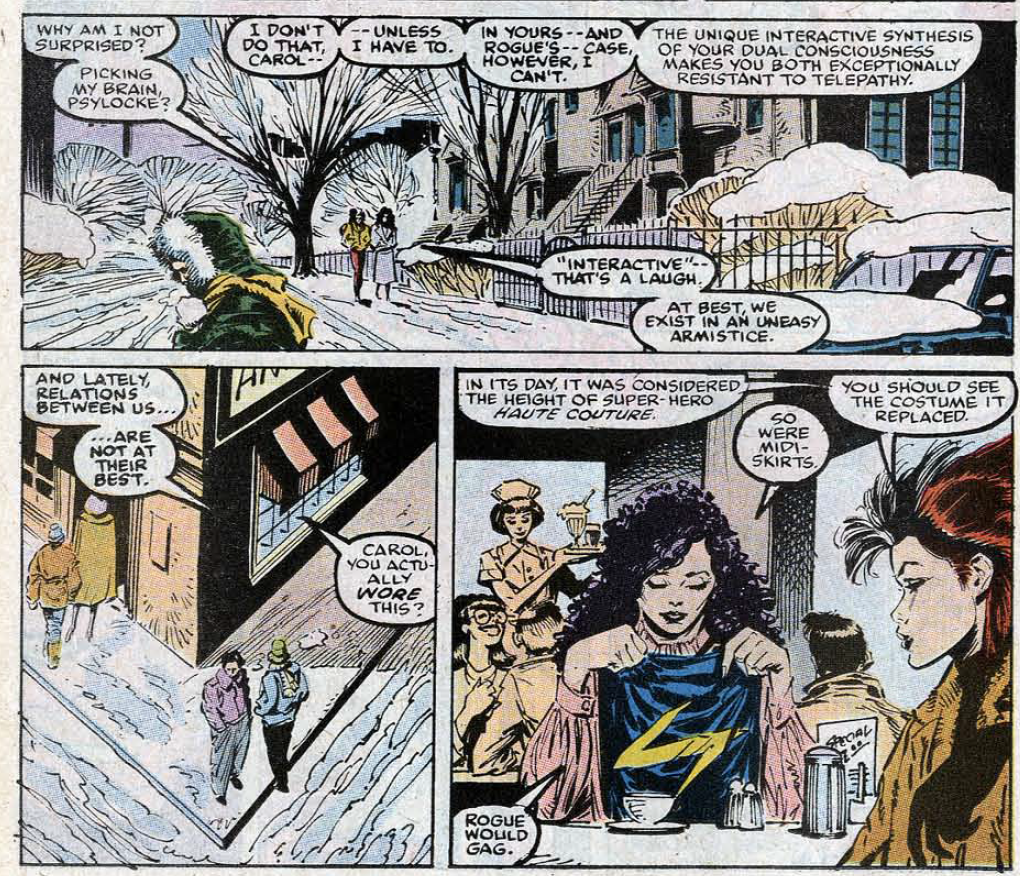 She’s talking about it with Psylocke when Nimrod returns.

He’s killing criminals and taking their money, and has a secret identity as a construction worker.  I’m not clear on why.  Anyway, the construction job he’s on uncovers a piece of Master Mold, which immediately takes over Nimrod’s tech-based body. 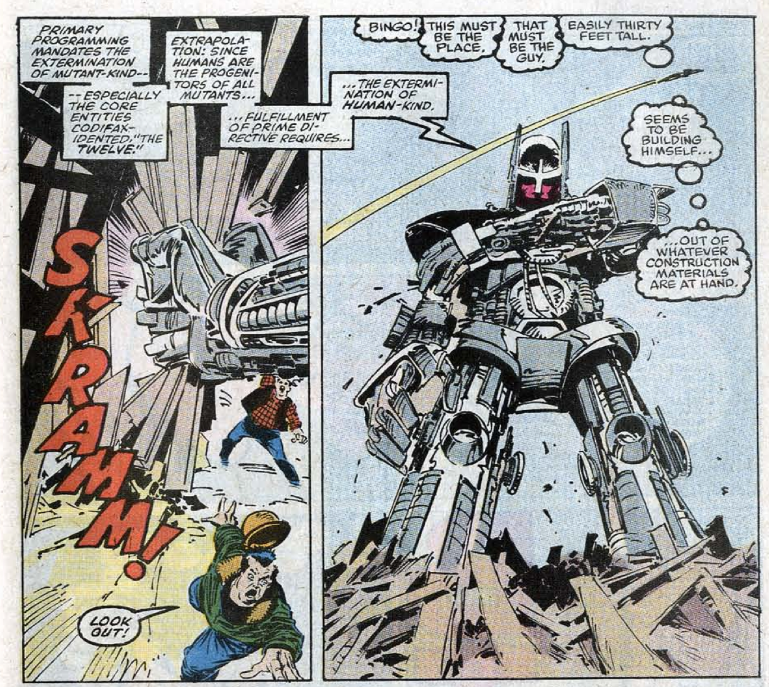 And we’ve got a fight!  And Rogue is so enmeshed with Danvers that she’s wearing a Ms. Marvel costume!

Interesting to have both Nimrod and Rogue being overtaken by another personality (Master Mold and Carol Danvers).

During the fight, Senator Kelly’s wife is killed by Master Mold but, of course, the Senator blames The X-Men—so once again the team is on a governmental shit list.  He vows to re-energize the Sentinel program.