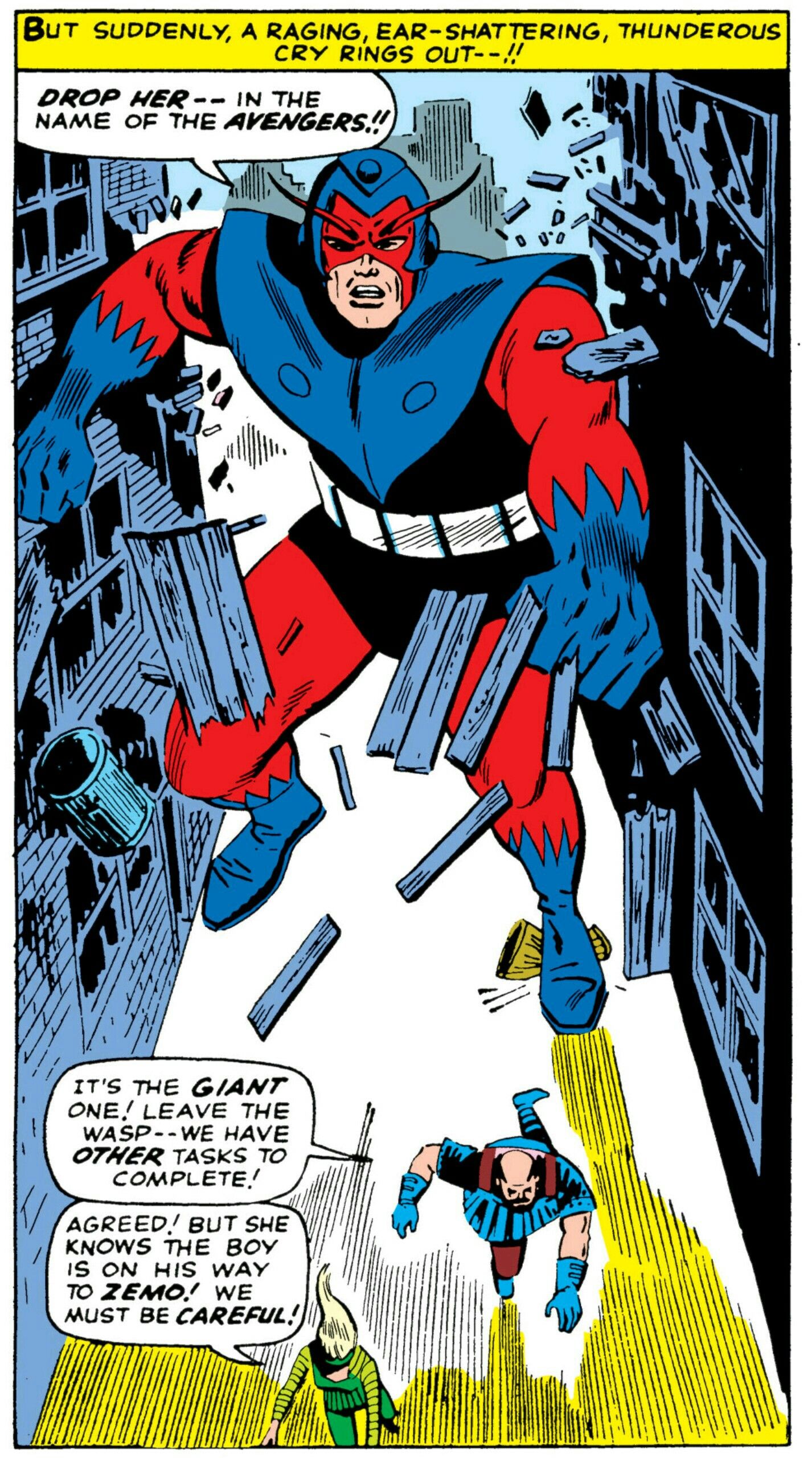 The first half of a two-issue story, but I have a TON to say about #16, so I’m posting them separately.  In the first half, The Avengers fight a whole lotta their enemies.  It’s fairly standard for the most part, except for the parts related to Captain America. First, we see him writing a letter to Nick Fury, revealing that they worked together during the war.  Cap writes that he doesn’t think Fury will remember him.  Yeah, because fighting alongside a guy in flag-colored underwear armed only with a shield isn’t the kind of thing most people remember… 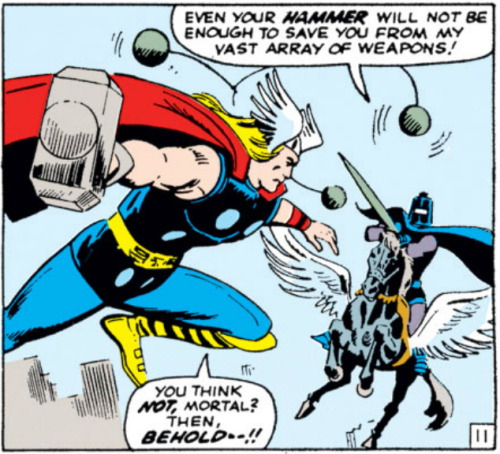 Zemo’s got a band together.  Thor fights Black Knight.

But more importantly, Cap kills in this issue.

Now, arguably, this was an accident. Cap warned Zemo that he’d intentionally created a rockslide to block Zemo off from getting reinforcements. But he stands over the corpse speaking about how he did this to avenge Bucky’s death, which speaks to his state of mind. At a minimum, this is negligent homicide.

This is the first time in publication chronology that Stan Lee shows cap killing an enemy. In later comics, we’d see him use firearms during wartime.