The team throws a party to honor Hawkeye and Mockingbird’s wedding in the Hawkeye miniseries.  Thor drinks a lot.  Cap and Thor rejoin the team.  And then they all get hijacked into the Secret Wars.  Cap is pretty condescending to Hawkeye. 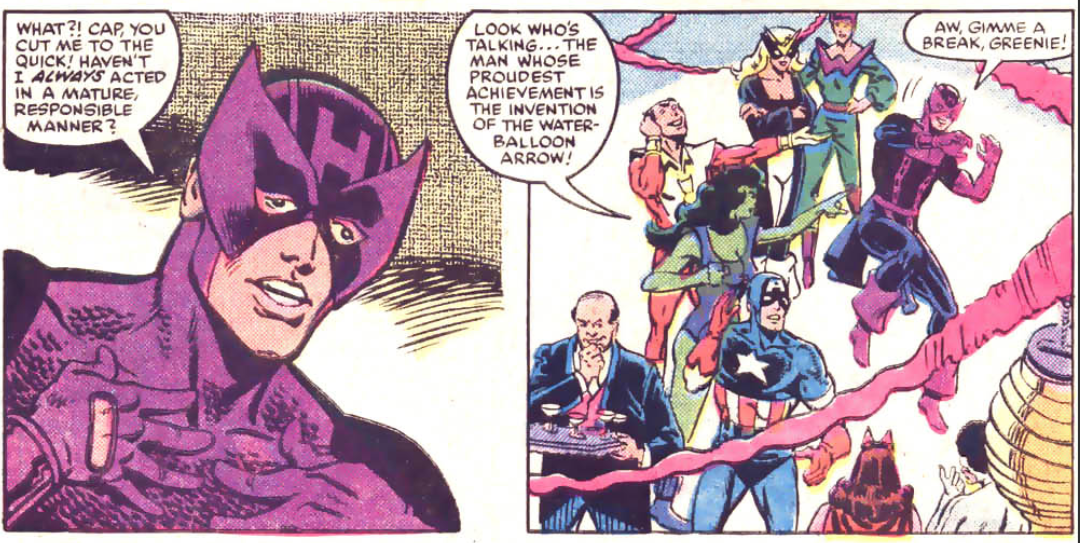 Then again, Hawkeye has a substantial history (and an even bigger future) of being a fuck up.  And doing stupid stuff like shooting an arrow straight in the air above him.  In this issue, when he does that, he gets an apple. 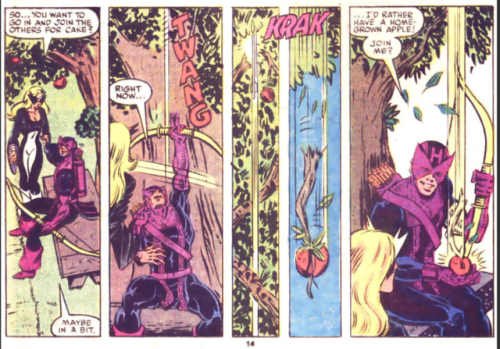 Also, Wasp wrestles with the bureaucracy that the team is supposed to be limited to six members.  Vision tells her to ignore that rule because danger is coming and they’ll need an expanded roster.  Vision is still tied into the supercomputer on Thanos’ home planet of Titan, and the power is gradually going to his head.  It’s a very slow build to a great Vision story.