Sing it with me: “Don’t turn around, uh-oh!  Der Commissar’s in town, uh-oh!”  That’s who the team faces in issue #18, which is about as bad as Avengers comics can get. 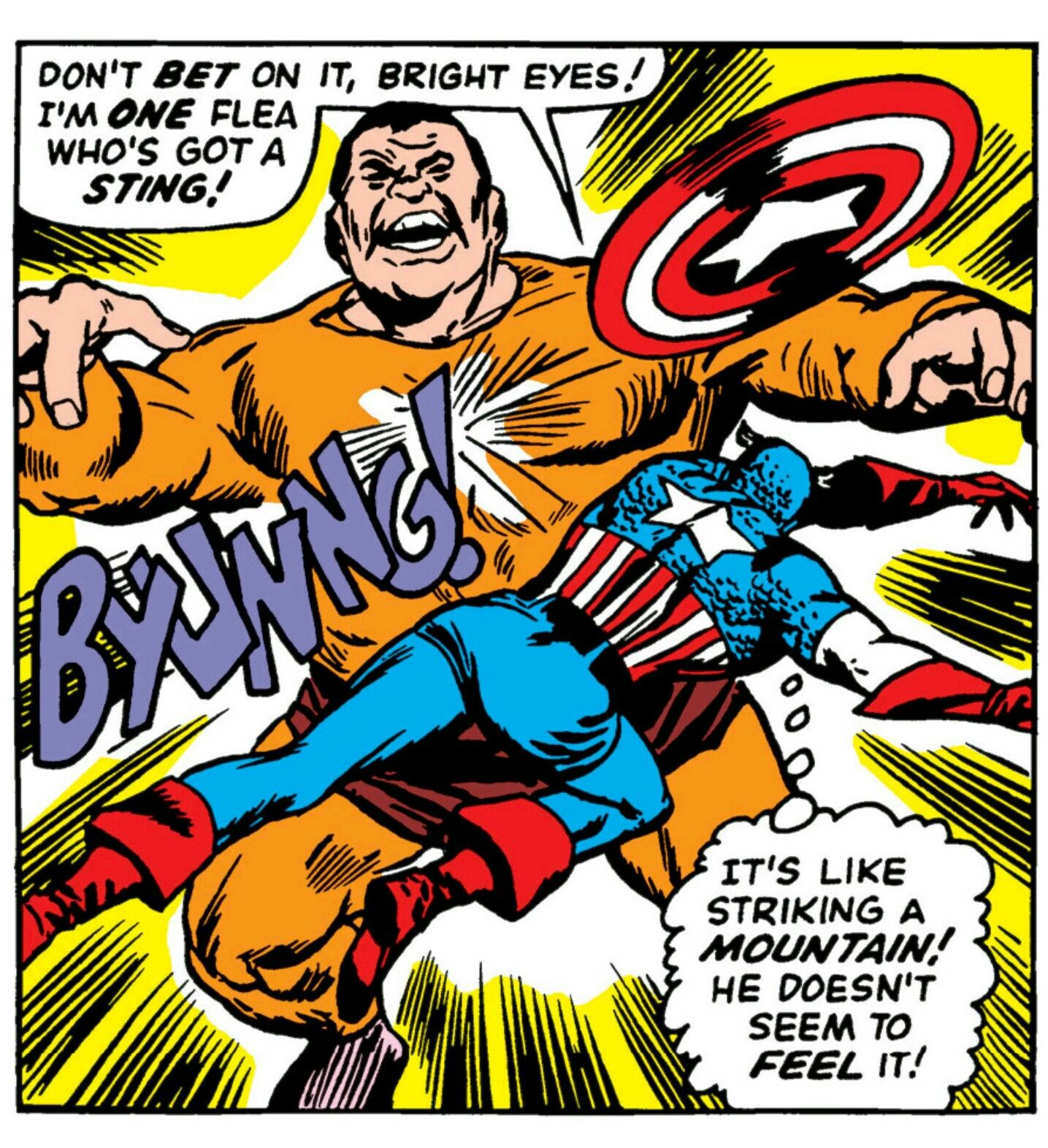 Yes, that’s him.  Cap calls him “bright eyes” but his eyes are jet black.

About the only notable thing is that Scarlet Witch is the big hero when she uses her hex powers against a commie robot that beat up the entire team.  Seriously.  One robot.  The entire team.
But no matter how bad Avengers is right now, we still get a great moment like the one above, in which Cap sits alone at a table and laments his loneliness.  I’m not sure how much of this is intentional, but he sounds so young—and really, he was probably about 21 when he got frozen, so that makes sense.  Also note how he pines away for Nick Fury to answer Cap’s request to work for SHIELD. Also in this issue, Quicksilver wants to join the circus. Flash forward to #22 to see how this was actually foreshadowing.