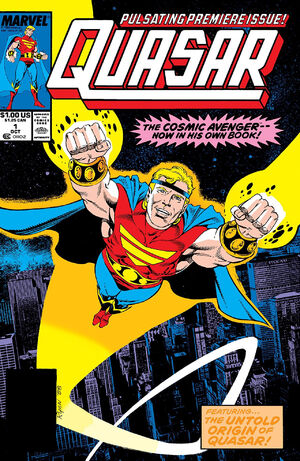 The creator of Marvel Boy, Mark Gruenwald, renames him Quasar and gives him a solo book.  Issue #1 re-presents the relatively unknown character’s origin (although by the time this issue came out, he was already a member of The Avengers). 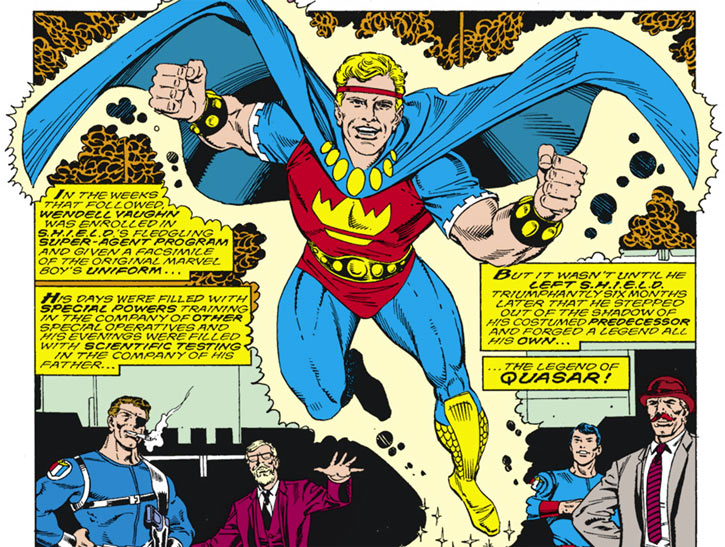 It takes us back to his Marvel Boy days, with Nick Fury and Tony Stark assessing his power levels.  There’s a lot of expansion on the original origin story, showing that Wendell Vaughn was a SHIELD agent when he first tried on the power bracelets, which had disintegrated several users before him.

It’s a useful intro to the character, and then issues #2-3 are his first solo adventure, which fills in gaps in the character’s history since his last appearance in Marvel Two-in-One (where he left Project Pegasus) to the present day.

During that time, he went to the planet Uranus, which is where the bracelets came from.  It’s cool, above, to see how he survived space travel.

We see that there’s still life on the planet, and Deathurge is there.  He clears some stuff up and befriends Eon, a character who is a floating head from the old, original Captain Marvel book.  Eon gives Quasar “cosmic awareness” (without explaining what exactly that means). 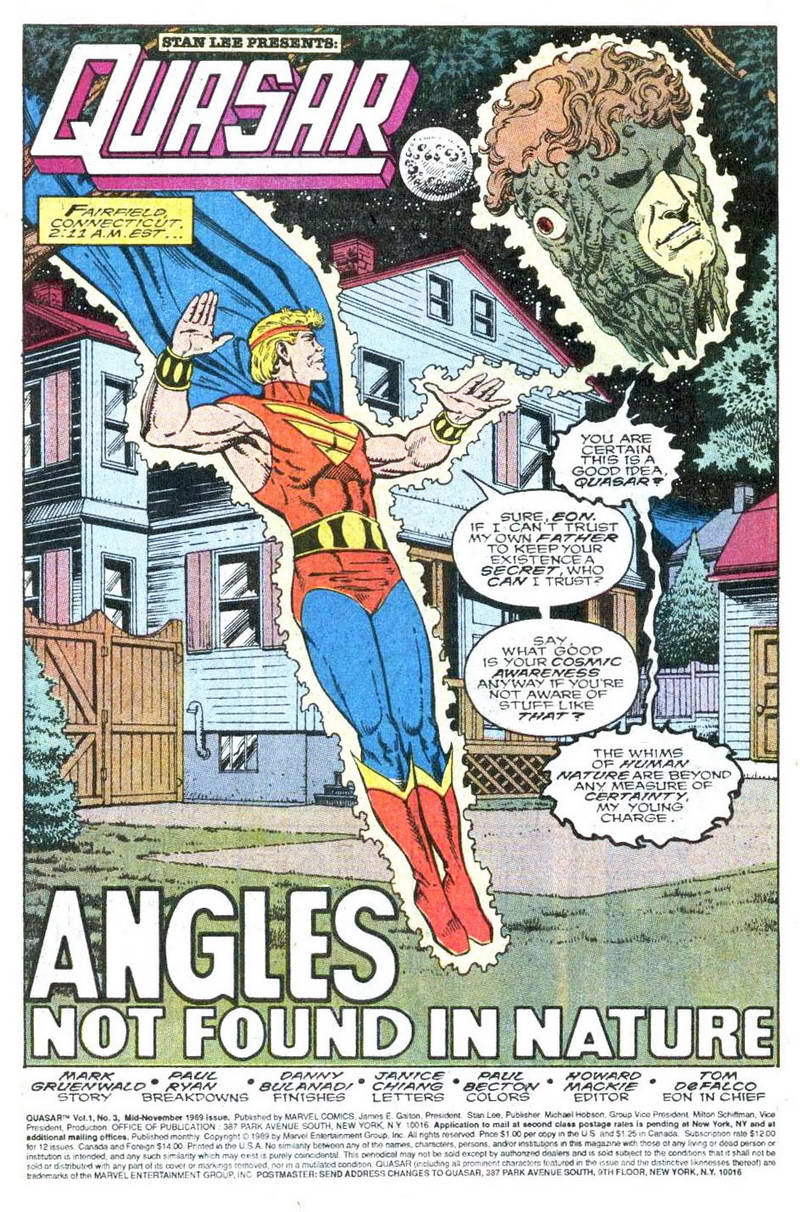 Then, accompanied by Eon, Quasar goes to Earth where he watches Human Torch defeat Magma and then helps him and the FF defeat a new villain, Angler, who will become one of Quasar’s regular foes.

Issue #3 sets up his “Earth identity,” complete with an office and a secretary (why???), and a relationship with his family.  So it kinda seems like it will be a Nova-type book, only with an adult instead of a teen.