Hulk feels bad about all the damage he’s done throughout the years, and now that he’s got Banner Brain, he can do something about it.  So he goes around helping people.

Lots of guest stars in these issues, including his old Defenders pals.

At the end of the issue, the U-Foes emerge from a hole in the ground, but they’re not the big villain for next issue.  That’s a weird brick-like walking building named Megalith.  No, the U-Foes come for #276 and #277.  It’s a slow burn for villains, but it’s their second appearance against Hulk and they come close to beating him. 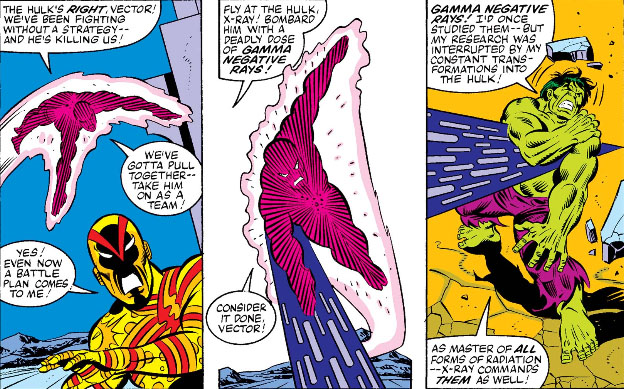 Anyway, they try to kill him on live TV. 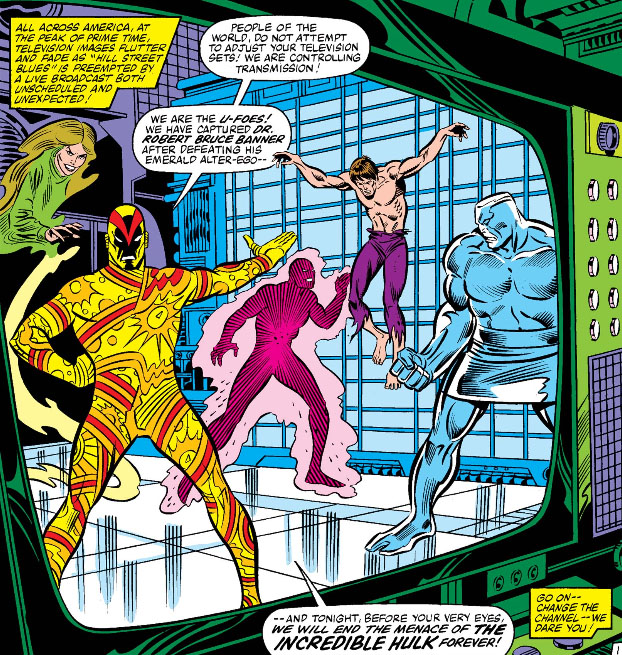 They fail.  But it’s a good excuse for reaction shots from guys like Doc Samson, The Avengers, and Daredevil. 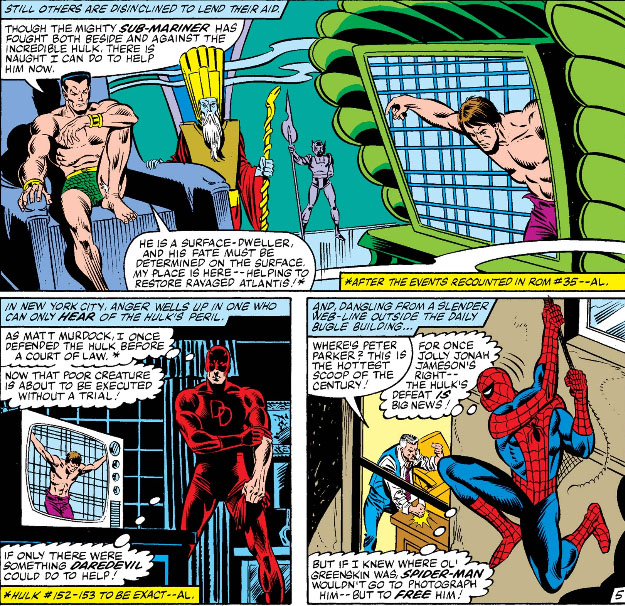 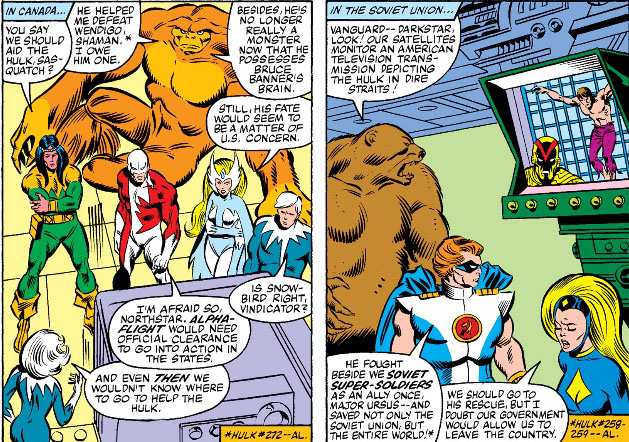