This arc has a pretty dang creepy forgotten power set: Magneto can control people’s minds using the iron in their blood.  (a) That’s dumb.  And, more importantly, (b) That’s gross.  Scarlet Witch is your daughter, dude. 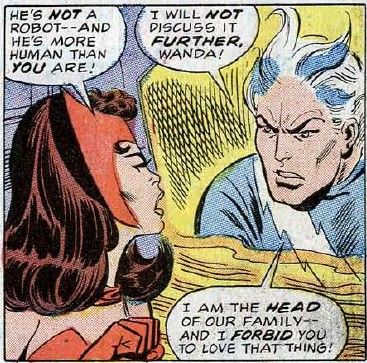 Obviously, she doesn’t listen to him. This makes Iron Man think about the meaning of love.  I like how the enemy is Magneto and Iron Man’s soliloquy is about plastic vs. iron.  Although, it’s hard to believe Vision is made of plastic.

Around this time, the Avengers were full of “major” two-part storylines, with ongoing character-developing “minor” storylines.  In these two issues, the X-Men and Magneto return to fight The Avengers again.

And then there’s Iceman with the best part of the AvX battle:

I don’t know what’s cooler about this panel.  Is it Iceman being more like Sandman with his sledghammer hands or the sound effect?  Or is it Black Panther face raping Iceman?

During the battle, Captain America surfs on Thor’s back. 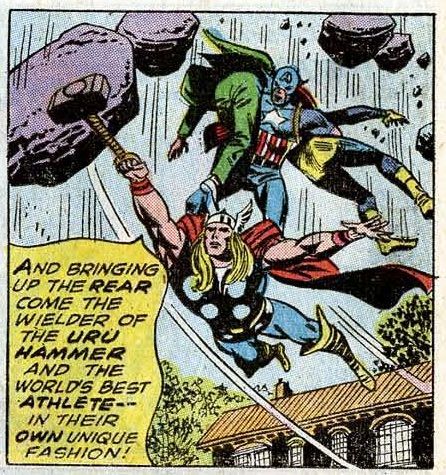 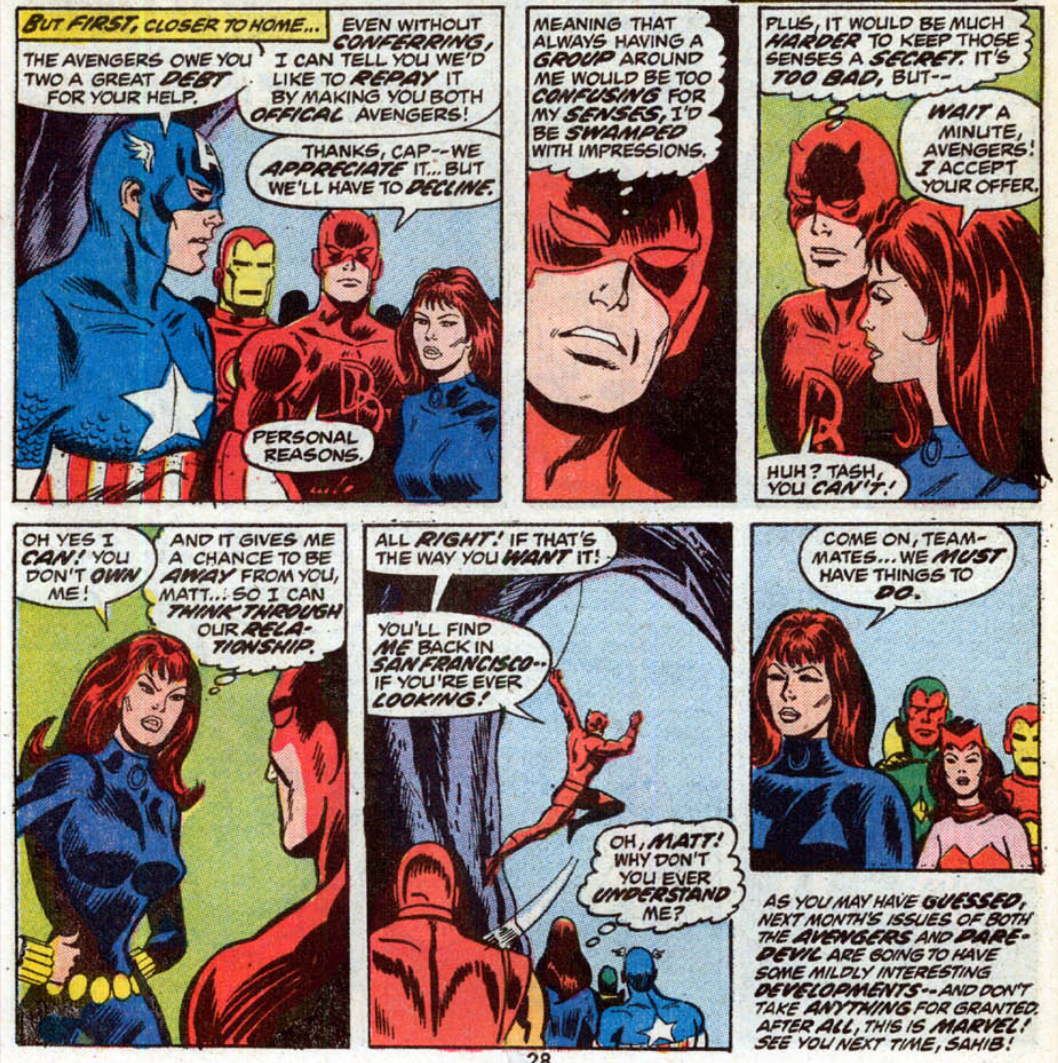