Four issues in, and Matt’s already having partner issues.  Plus, both of them are hot for their secretary, Karen Page.

This was the first Wally Wood issue.  He was one of the best DD artists ever.  And Stan tried to be magnanimous to the artists of the previous issues by offering a “personal note,” but one knows that there was tension there.  Because where there is talent + Stan Lee = Drama.  He was such a huckster, so brilliant, but he hated to share the limelight.

Getting Wally Wood was a coup, though–he was and remains one of the best artists in the industry.  But don’t get too comfortable with his work.  Wood quite less than a year later.

The story: A matador is nearly killed by a bull, and decides to become a thief.  It’s a strange origin–bullfighting skills don’t translate easily to burglary.  But I guess they work well on Daredevil. OK, granted: That scene makes no sense at all.  DD can sense people through walls.  But this is an early issue, so let’s give it a pass.  A sheet can stop Daredevil just like plastic wrap stopped Purple Man last issue. 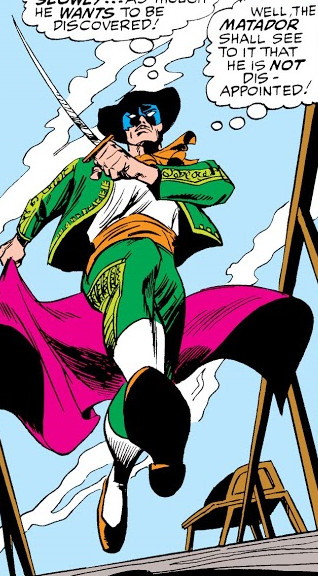 We do get a neat little explanation of his powers. 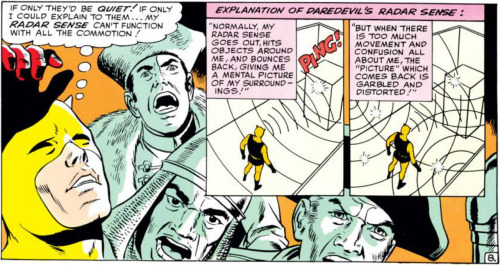 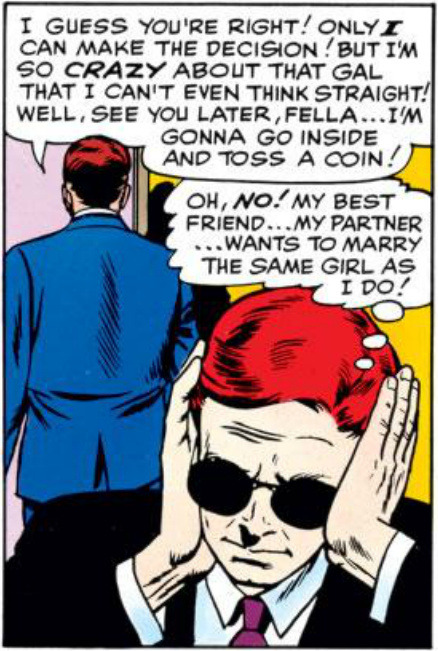 Grade: B for art, C for story.