This back up story is written by John Byrne and takes place right after he re-vamped the character in West Coast Avengers, making him all-white and not in love with Scarlet Witch anymore. 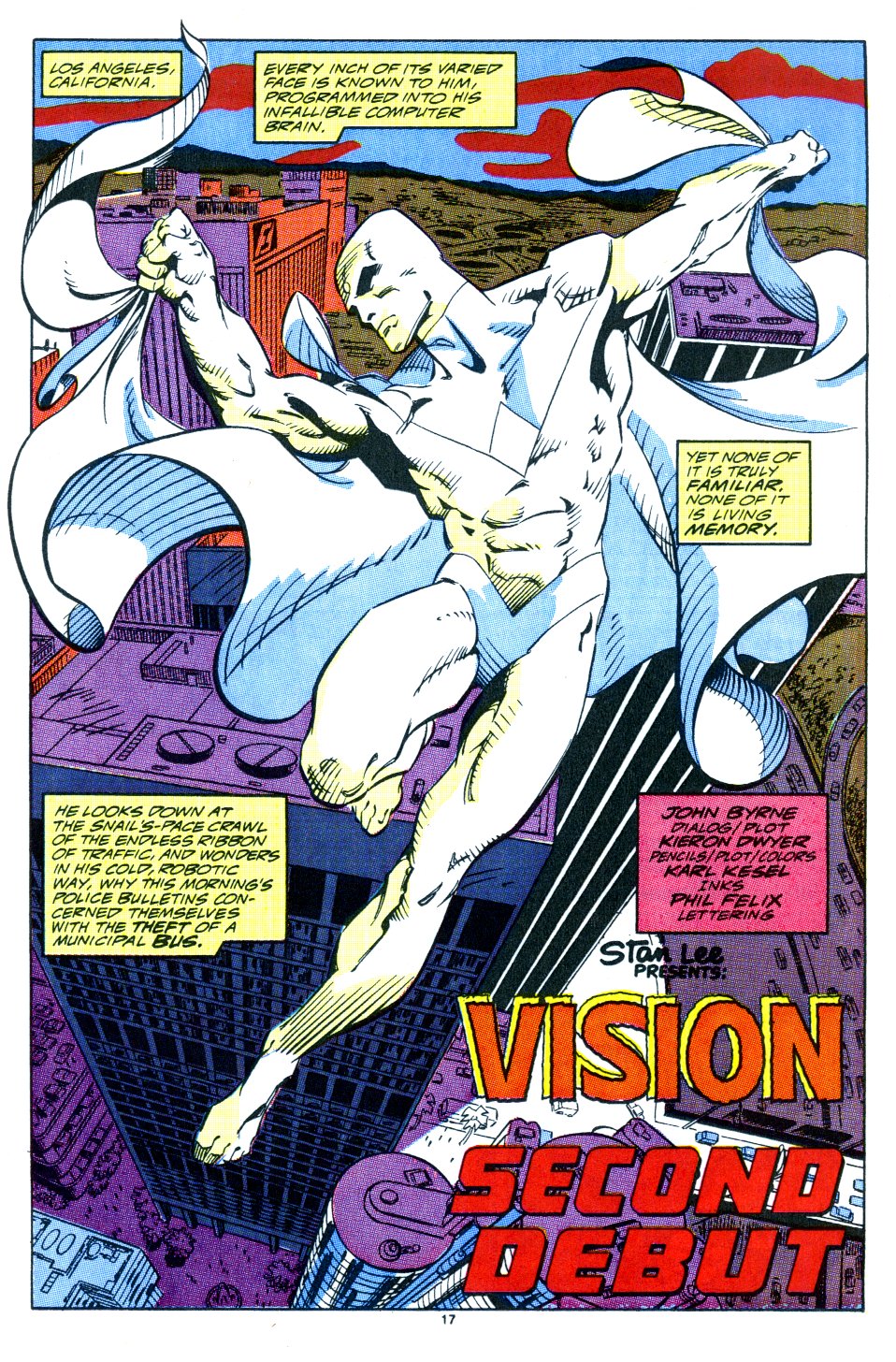 It’s kind of an introduction to the new character for folks who don’t read West Coast Avengers.

To help rehabilitate his scary new image, he goes on Johnny Carson where he meets Pee Wee Herman and Charo.

He also fights a stupid villain.

The rest of the team shows up in one panel at the end.

Creators: John Byrne and Kieron Dwyer
Grade: C.  It’s fine for what it is, which is an 8-page story designed to promote the character to readers who don’t regularly read West Coast Avengers—which wasn’t many at this point, since it regularly appeared in the top 10 for sales.