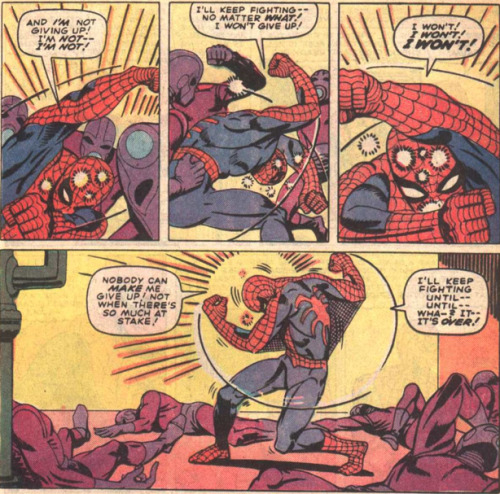 This is the one with the iconic scene… 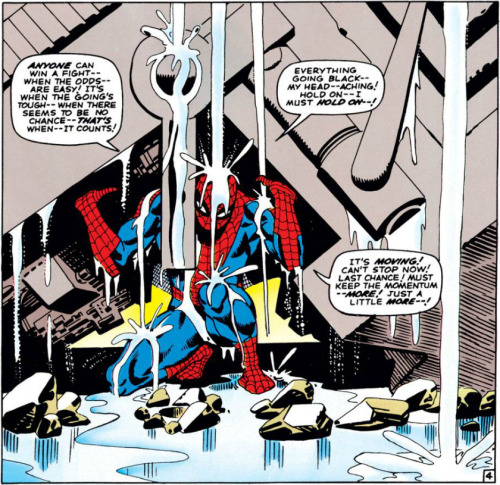 Trapped under tons of machinery, trapped in Doc Ock’s underwater base, Spider-Man must strain, push, and…

…That’s the money shot—one of the best known Spider-Man sequences of all time.  The panel, above, is not just great art, it’s also a visual example of how Ditko’s characterization of Spider-Man has evolved from a skinny teen with uncanny strength to a muscular, adult-hero body. 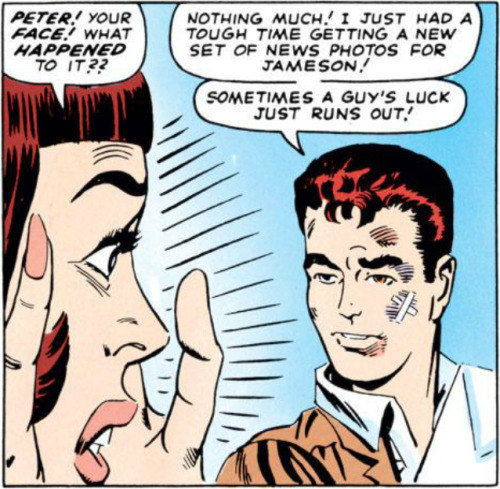 And afterwards, he has to explain his battered and bruised body to his friends and coworkers.

Doctor Octopus was missing for a while, but when this extended storyline brings him back it does so in a major way.  We recently saw Green Goblin battling for underworld supremacy, and in this story we learn that SPOILER ALERT FOR A HALF-CENTURY OLD STORY Otto Octavius is doing the same thing—under the guise of “Master Planner.”  It’s a pretty big reveal, a nice end to what for the 1960s probably constituted an “epic.”  (In that it was a storyline that percolated for half a year.)

Also, Peter Parker goes to college and meets classmates Gwen Stacy and Harry “My daddy is Green Goblin but nobody knows that yet” Obsorn.  And from the start, Gwen is hot for Peter.

On a side note, Amazing Spider-Man #31 had the first appearance of The Jackal, so it’s indirectly responsible for the Clone Saga.

Take what you want from that.

Finally, in what may have been the inspiration for Jennifer Walters’ Gamma-induced blood transfusion that turned her into She-Hulk, Peter gives his Aunt a transfusion and… 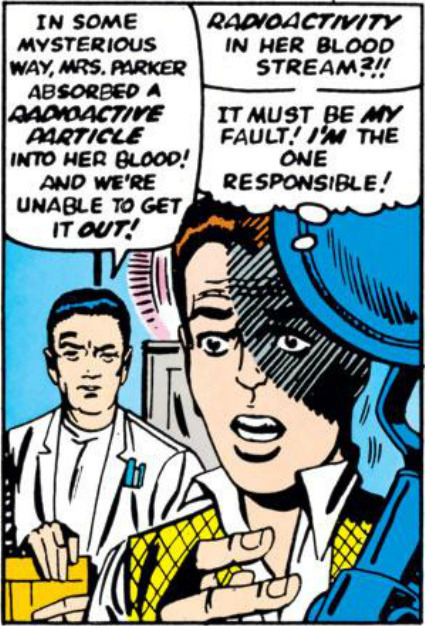 …It doesn’t go anywhere, but it had the potential to be a very cool storyline.

And, more fun with JJJ.

Love that double-take pic.  Ditko drew the hell out of this book.