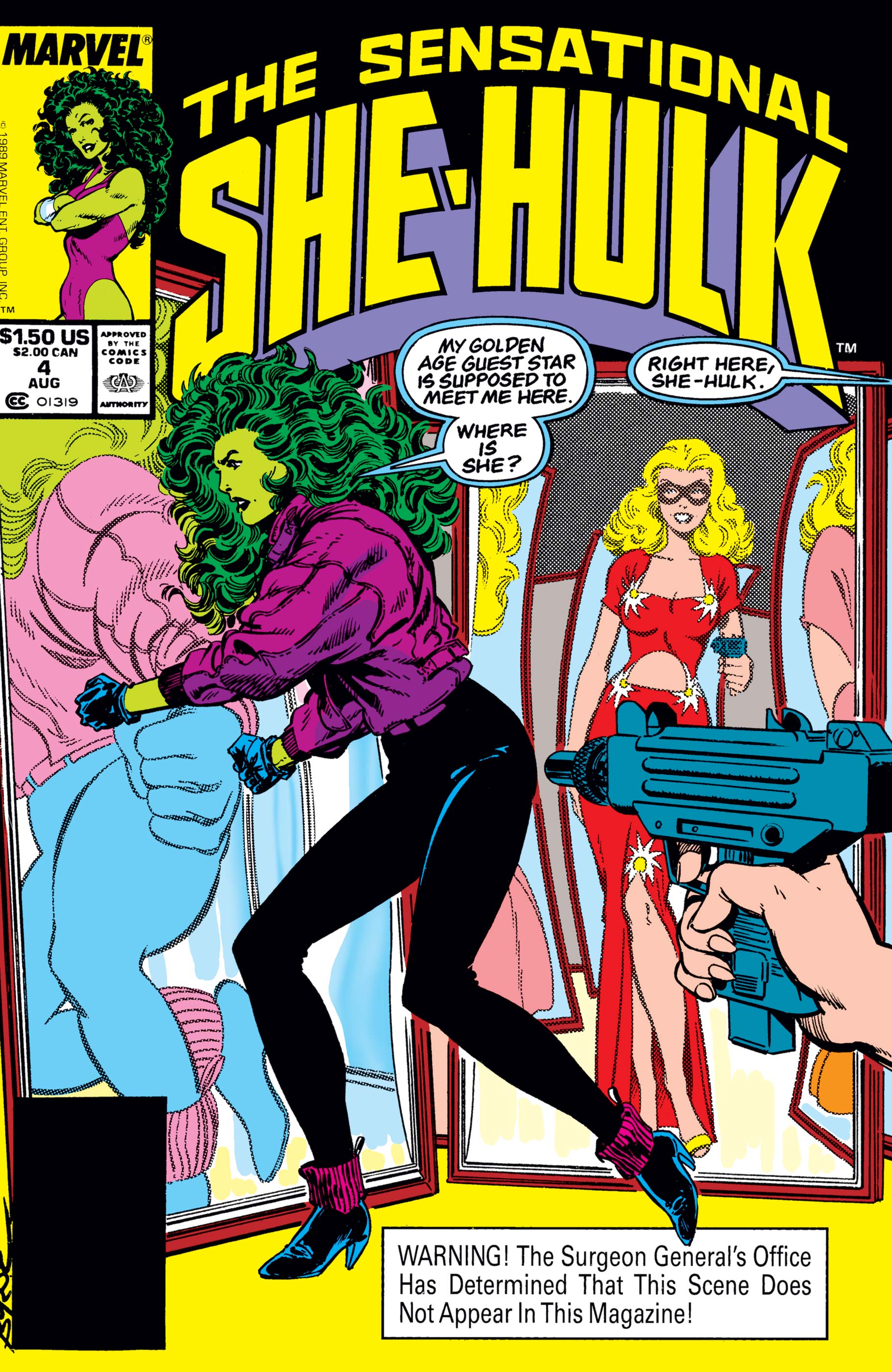 John Byrne has decided that every issue of this comic will have a guest star, making it kind of like Marvel Two-in-One with She-Hulk, only it also focuses a lot on Jennifer Walters’ personal life.  Which is really cool.  What’s also cool is that she never changes out of her green form, even when she’s a lawyer in a suit.  I mean, if you could be seven feet tall and invulnerable, would you ever change?

As you can see from the panel and cover, lots of fourth-wall breaking.  That’s a regular shtick for this book—not even really worth noting all the time.  Although in this issue, it actually features prominently in the story, which is about Marvel Golden Age character Blonde Phantom, who hasn’t appeared in a comic since the 1950s, and therefore has aged in real time.  In other words, when Marvel characters don’t appear regularly in comics, they get older. 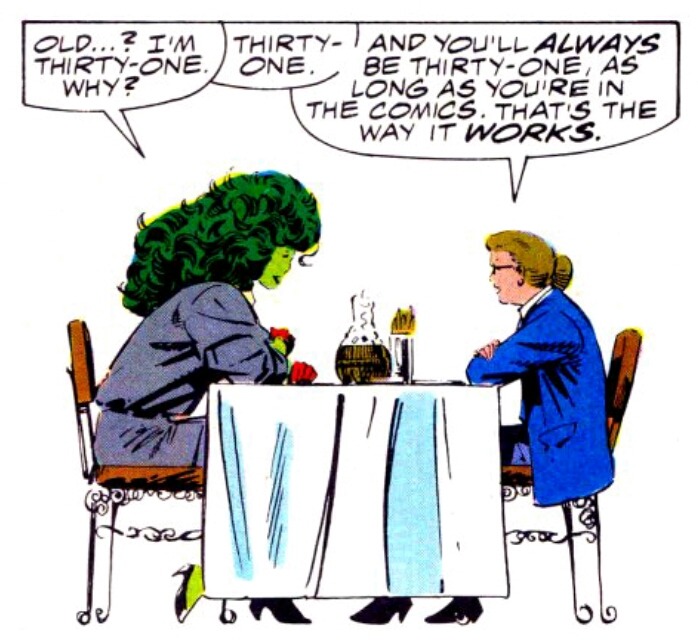 That’s a pretty cool idea, no?

She interviews with She-Hulk in this issue and will be regular character, despite their meal getting boot-stomped by Stilt-Man… 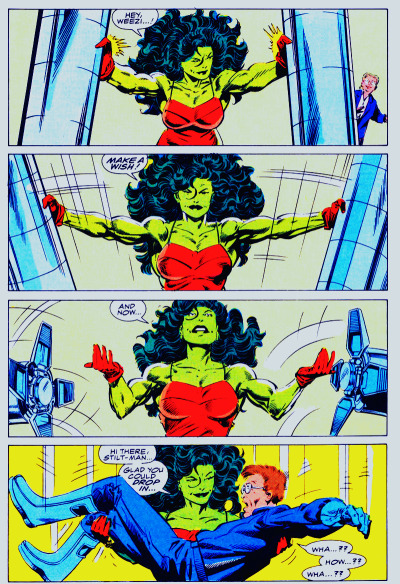 She-Hulk easily disposes with this villain.  As does everyone, frankly.

Then, later in the issue, Byrne brings back two characters I doubt anyone remembered… Razorback, who appeared in only one Marvel story (way back in Peter Parker the Spectacular Spider-Man #12), is reintroduced along with Taryn O’Connell, a female trucker from the canceled and horrible U.S. 1 comic (I’ll be using the U.S. 1 tag to address her appearances in She-Hulk).

Byrne crams a lot of esoteria into every issue of this book, which is part of why it’s such a fan favorite.