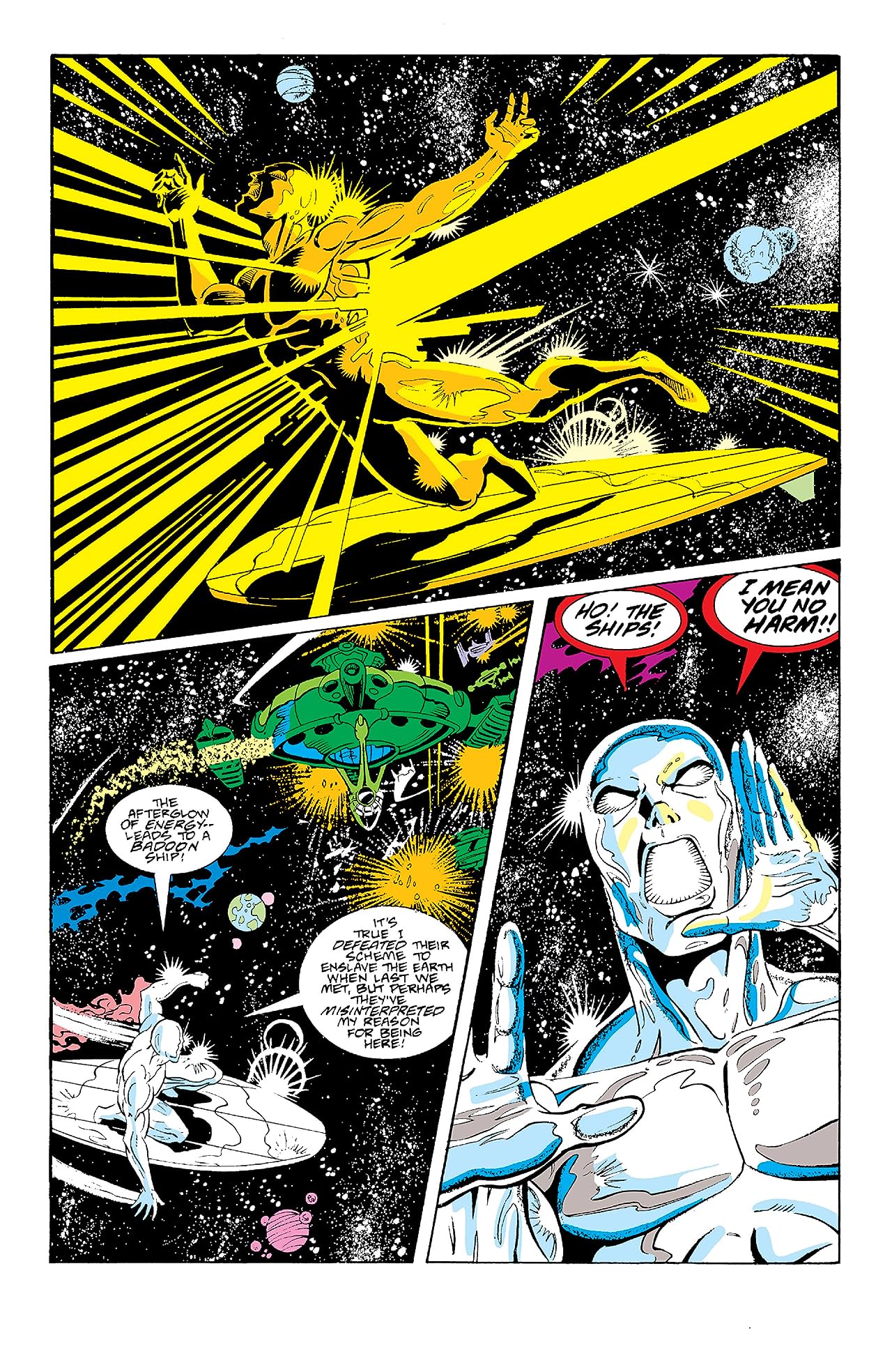 This ends Steve Englehart’s run, and it’s a pretty fun huge intergalactic romp.  It starts with Silver Surfer being shot in the back by the Badoon.

The skrulls (specifically Super Skrull) goad him into providing a violent reaction—destroying the Badoon—and then, afterwards, tell Surfer that the Badoon are allied with the Kree.

Thus, Surfer is drawn into the war.

To avenge the fallen Badoon, the Kree send Ronan (“the enhanced”) to Zenn-La, Silver Surfer’s homeworld, where Surfer and his new Skrull allies defend the planet and destroy an entire fleet of Kree.

There’s a lot that happens next, but the main points are (a) that Skrulls are reptiles (for some reason, this is very important to Steve Englehart); (b) the “elder” being Reptyl falls in love with the Skrull general, and fights and “kills” Super Skrull (he’ll return in the future) for her love… …(c) Shalla Bal gets kidnapped by the Kree, (d) and eventually the war ends.  It’s a good story, but it’s a lot of issues and I’m not going through every detail.  Suffice to say, by the end everything is “reset” to the way it was before Steve Englehart got started, including the Supreme Kree Intelligence being back. 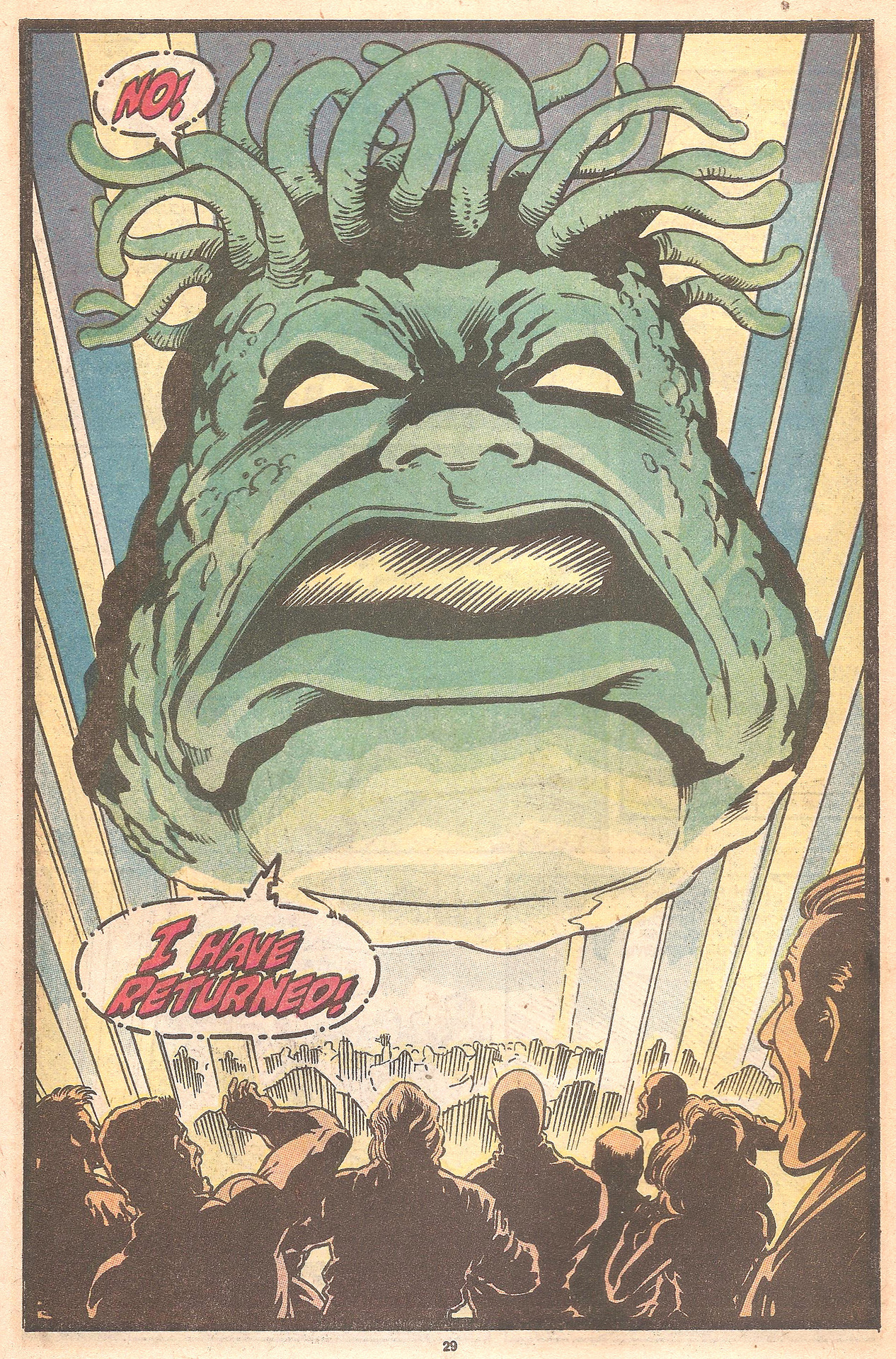 But there’s also this weird thing with Stranger. 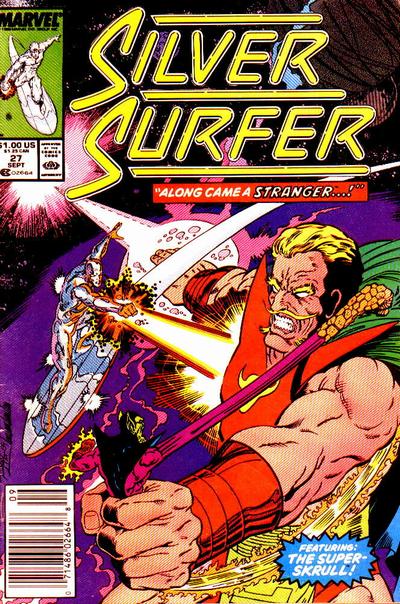 It’s not clear at all what Stranger wants, but he interferes several times—to the point where Surfer gets so mad at him that he tries to kill him until… 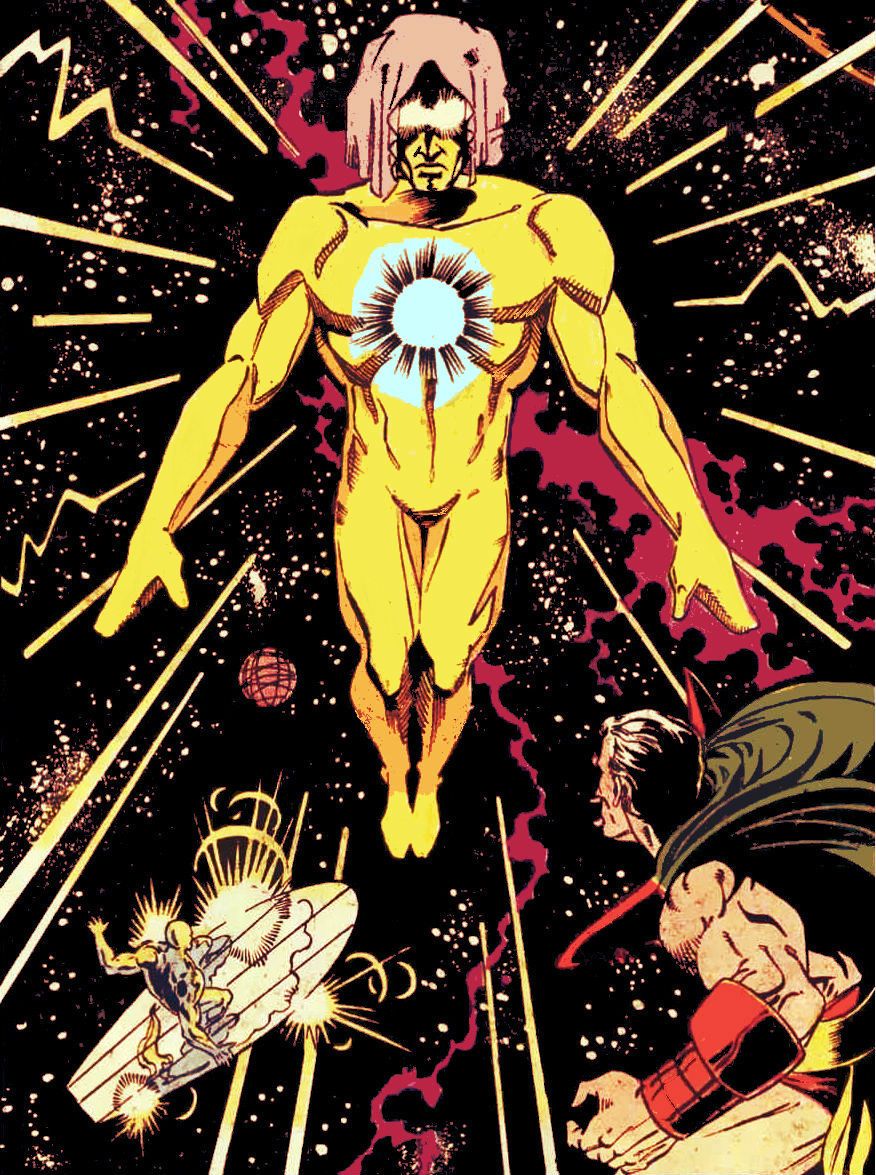 Living Tribunal shows up and literally squashes the beef by allowing Silver Surfer to be one of Tribunal’s faces for a while.  (He describes it as a chance to be “God” and who could say no to an offer like that?) 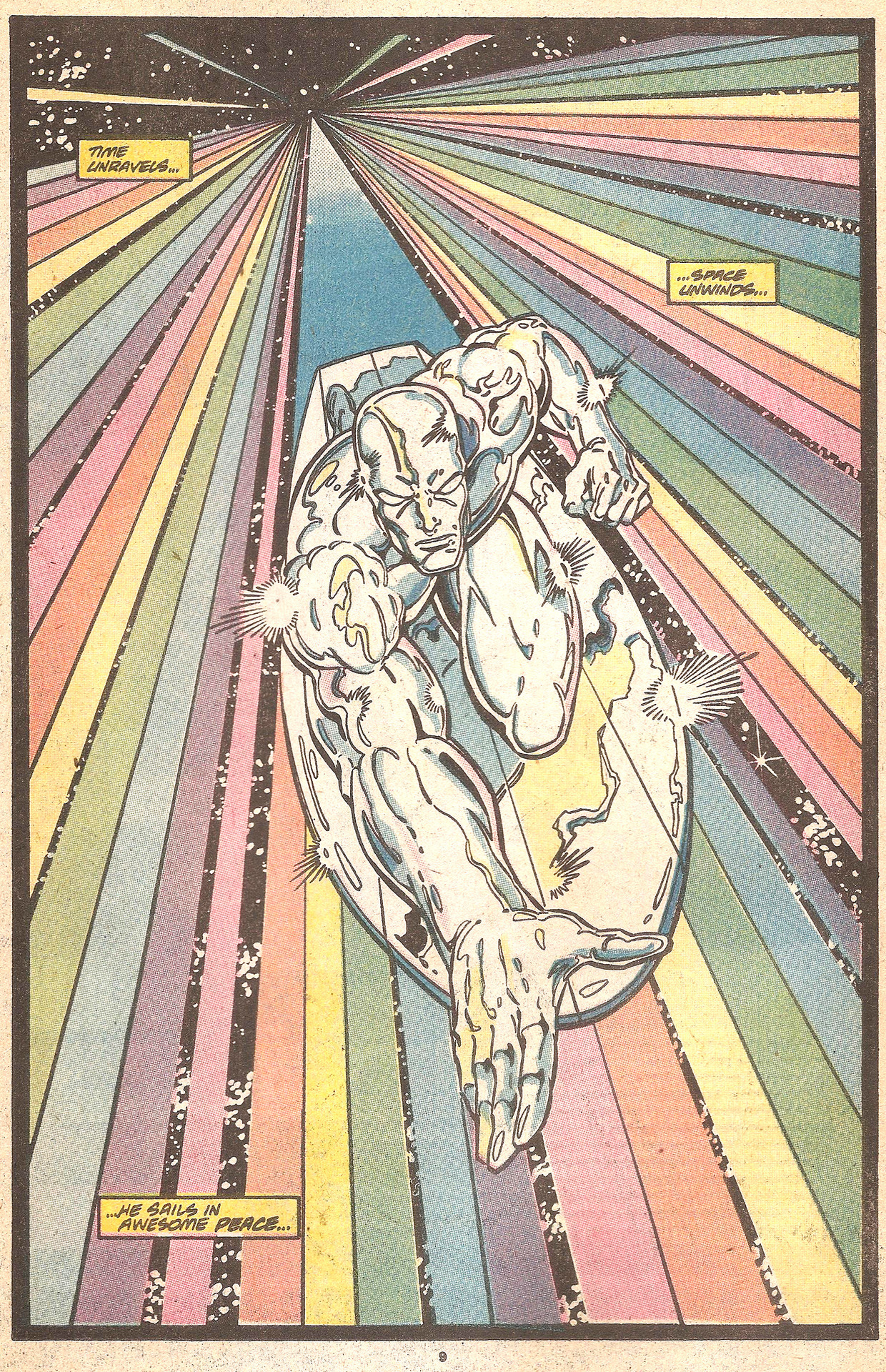