In his first story, Marv had Peter almost marry MJ, but then she said no.  In this story, he almost graduates college, but then Empire State University says no.  Because he forgot to take gym. Oh, the irony. But he does take the course…. 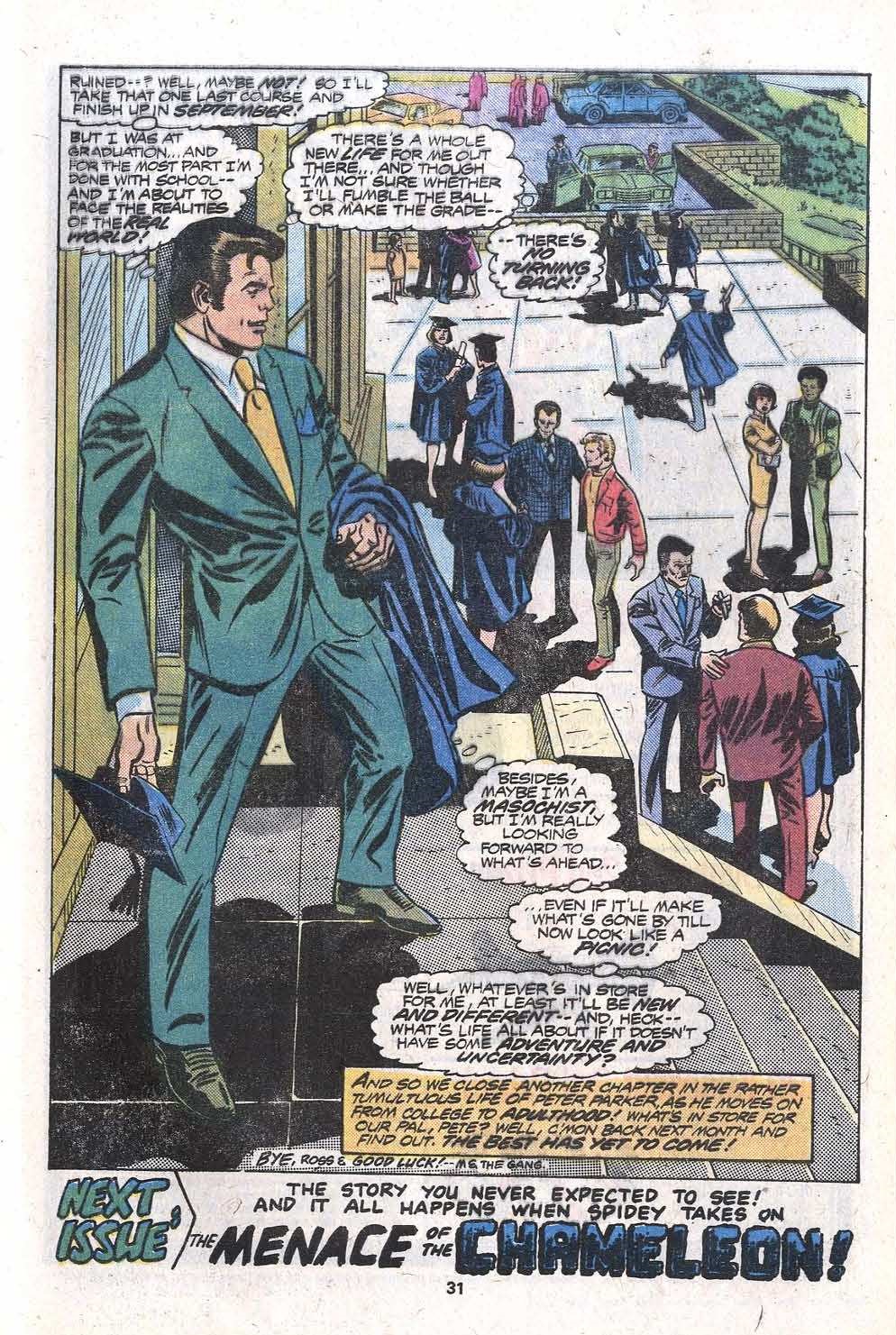 Other than that, he fights a generic martial arts villain called White Dragon.

It’s hard to imagine this same writer producing the best DC comic of the 1980s, The new Teen Titans.

Creators: Marv Wolfman  and Ross Andru
Grade: D
For the complete history of the MU, year by year, go here.