Helmut Zemo wants to bring his daddy back from the dead, and learns that the mythic Bloodstone, shattered into fragments, will help him do it.  It’s the stone that gave power to Man-Wolf, Mummy, and others–so the story lets us hear a bit about those characters.

Basically, it’s another “quest for pieces of a rock” story.  A common trope. 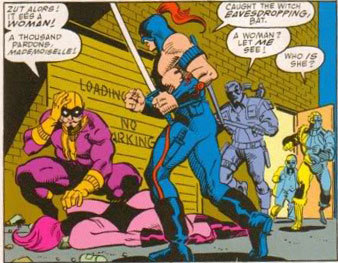 Batroc and his crew of Zaran and Machete are working for Zemo. 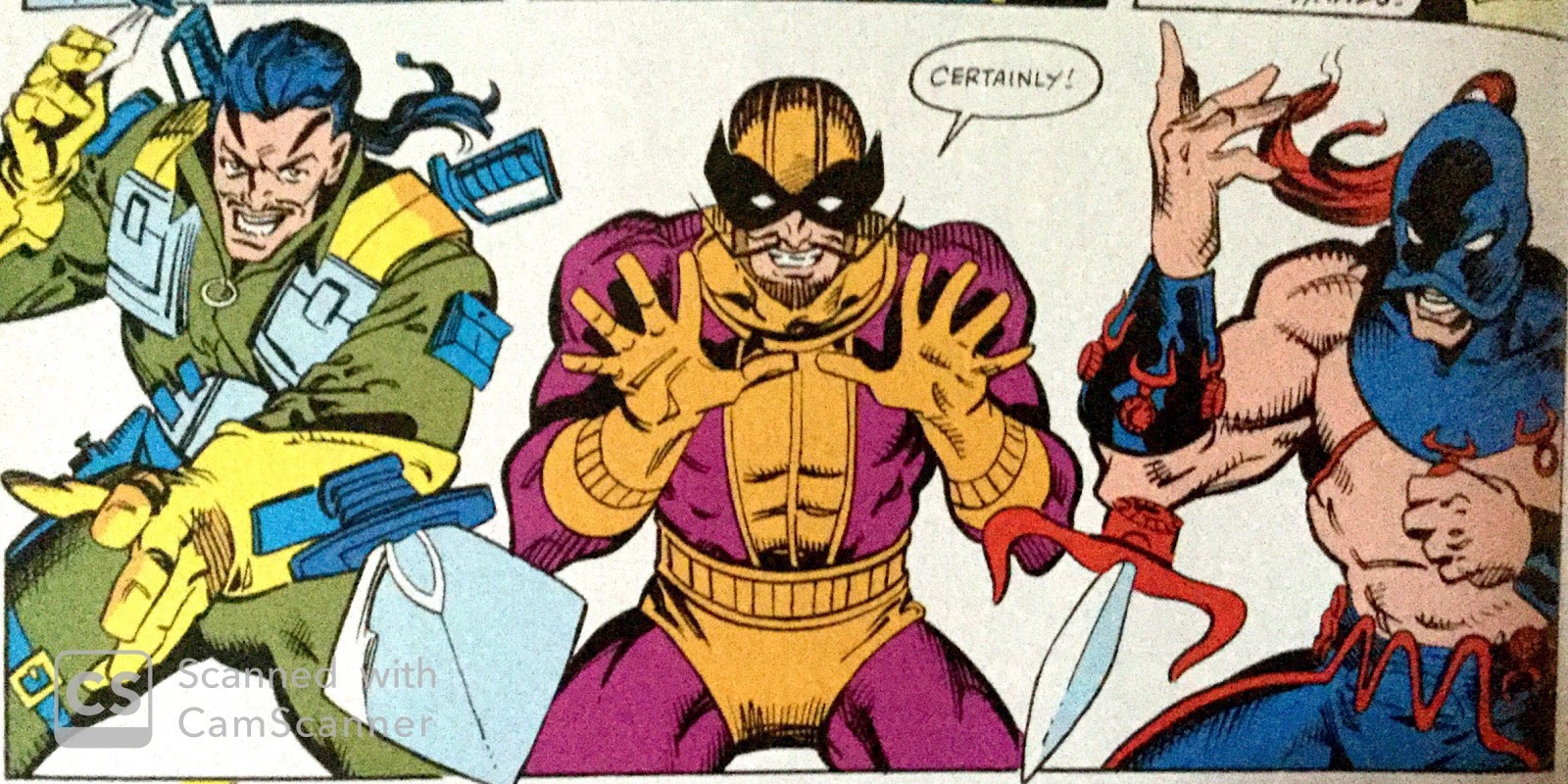 They start by stealing the deceased father’s skeleton, taking out Diamondback (who tries to stop them), and then putting her in same crate the skeleton had been in.  Creepy!

Cap teams up with Diamondback to stop Zemo’s plot. 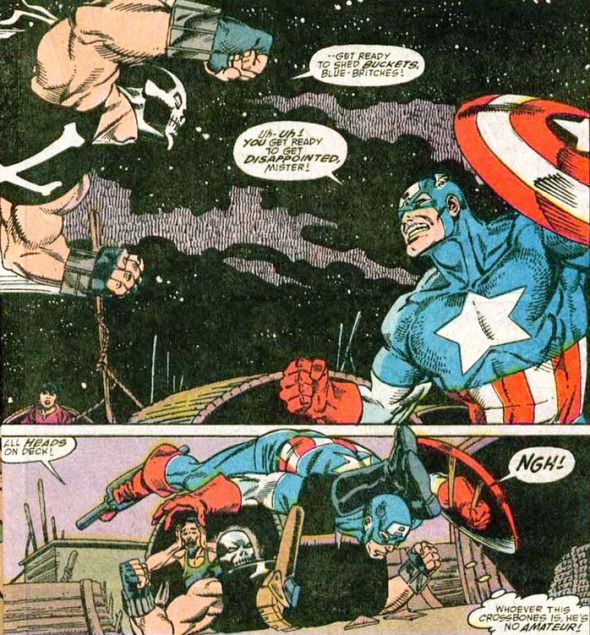 Crossbones is working for Red Skull, and they’re a third cohort looking for the shard of Bloodstone. It’s a good adventure.  There’s even a shark fight.

In  the end, Cap and Diamondback spoil the plot and it looks like Diamondback will be a new partner for Cap–for almost 75 more issues.

There’s also a series of back-up stories here about USAgent tracking the new Scourge, who is of course busy killing all kinds of bad dudes.  His target is Curtiss “Power Broker” Jackson.  The back-ups end with Scourge being captured by USAgent, and then being shot by an unseen sniper–just like what happened the last time a Scourge got caught.

Vagabond also gets some back-up stuff.  The Cap book is now biweekly, so they’re trying to keep “in touch” with all the various Cap characters.  The cast is getting kind of big.