The writer of these issues was “John Harkness,” and that’s him, above.  Yes.  It will take a better man than he to straighten out this mess.  The mess that he himself made.

But who was John Harkness?  Because he does look familiar up there, doesn’t he?

To answer this question, you have to go back a ways.  Prior to the Harkness run, Steve Englehart had been writing some truly bizarre issues of the series.  They may not have all been my cup of tea, but you can’t fault them for lack of originality.  He made Thing truly ugly, and introduced a female version of Thing, completely changed the team’s lineup, and even went down a Kang-and-Mantis path.  Reed and Sue finally did what they’d been whining and complaining about for decades: Taken time off to actually raise their son.

The year was 1989, and comics were quickly stumbling and crashing from the period of their biggest glory–the late 1970s and early 1980s–to the period of their biggest Liefeld.  Speculation, investment, and corporate capital had replaced innovation.  So Marvel’s editorial board, led by Tom DeFalco, insisted that Steve Englehart reverse everything he’d done and bring back the original FF.

He did it, but he hated what he did.  So he took the pseudonym John Harkness and wrote some of the worst FF issues of all time.  He also made them all a big dream–or at least most of them–and left Ben Grimm cured at the end of the arc.

These should be read only by completists or the curious.  Now, having said that… 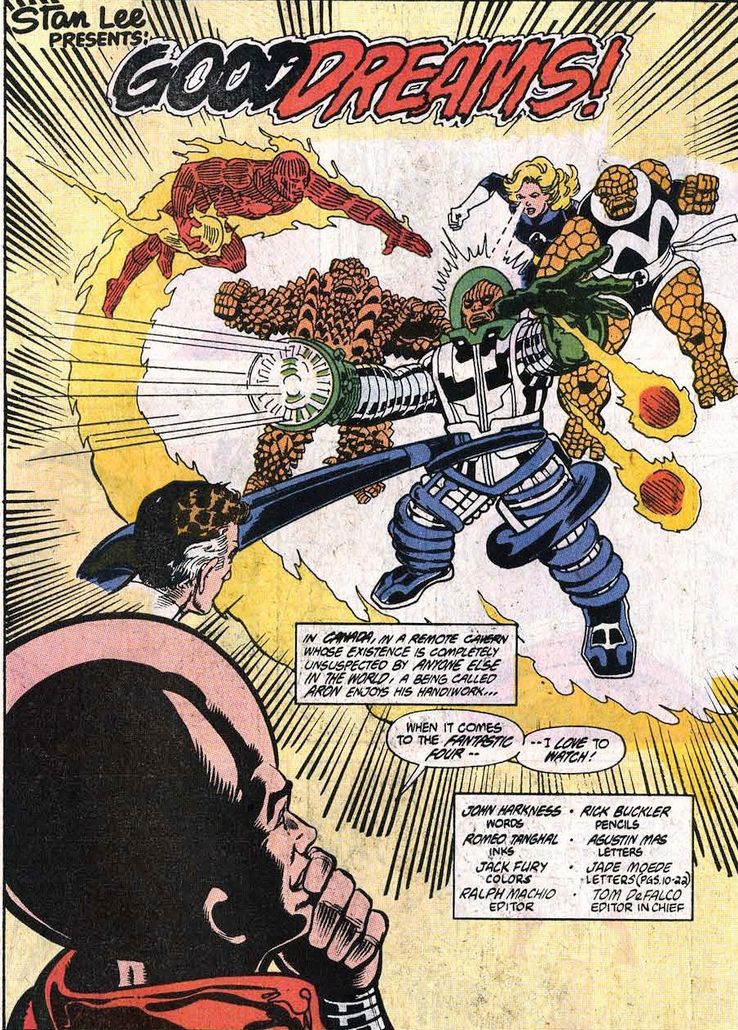 Last arc ended with Aron the Watcher having the Fantastic Four imprisoned in another dimension and dreaming.  It’s weird.  These issues are just a group of tales that never actually happen and therefore don’t matter.  And they’re bad.  In fact, Englehart doesn’t take credit for them—he is writing under the name John Harkness.  I’ve read that Marvel’s Editor in chief was feuding with him and that’s why his run ended in, essentially, a chaotic fizzling out that made no sense at all. 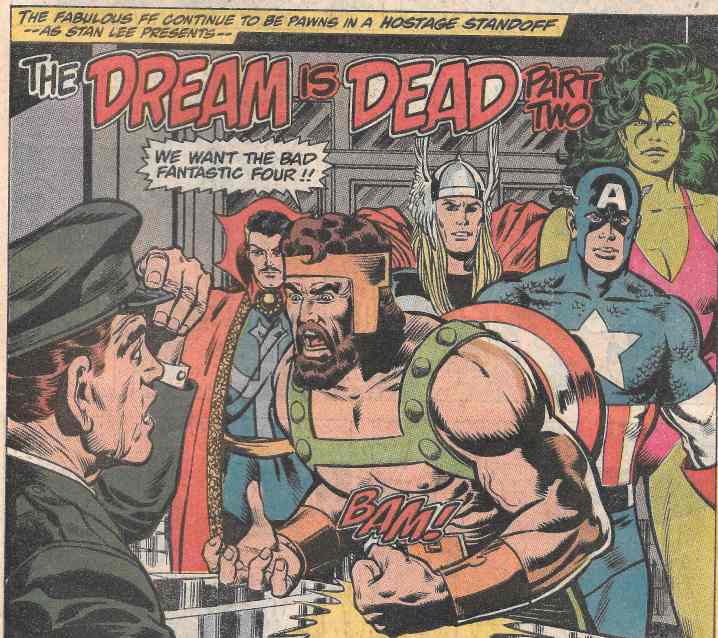 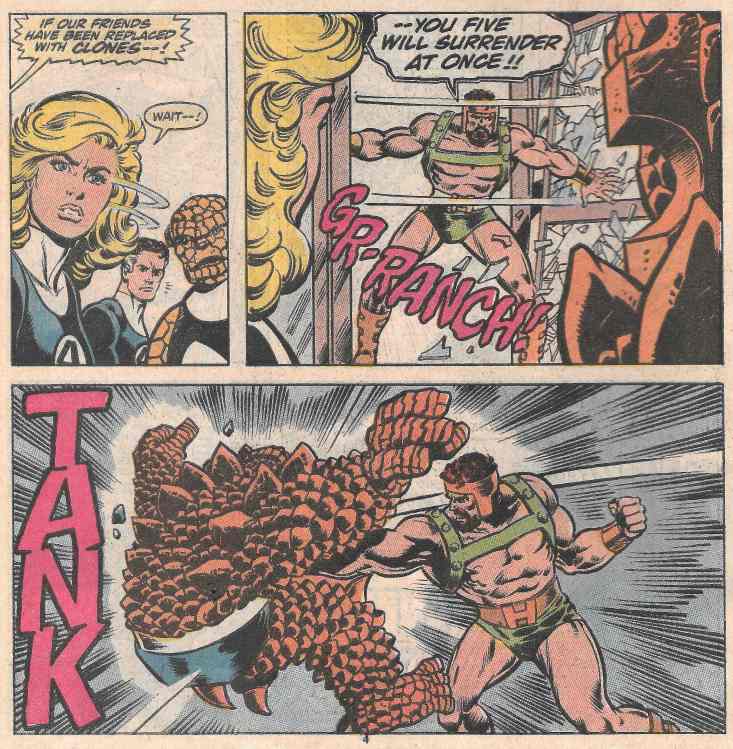 While the “dream stories” are going on, an evil replacement FF is on Earth (sent there by Aron), and they attract the attention of The Avengers by establishing a “Fantasti-Tax” on their services for saving New York.  Of course they all fight.  Then the real FF wake up from their dreams and they all team up… 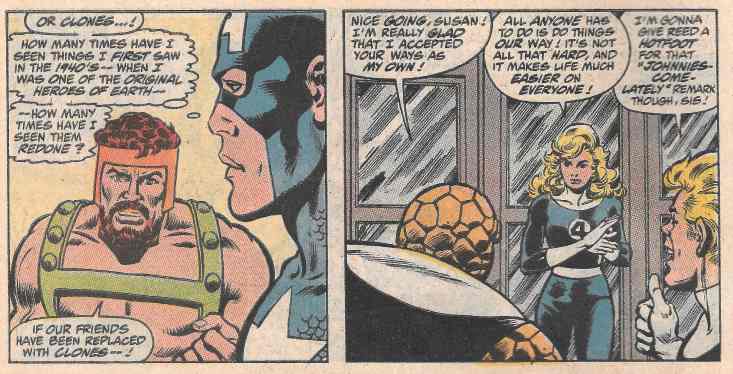 …and fight, alongside Dragon Man, with Aron the Watcher’s minions, the new Frightful Four.

The FF win, of course, and confront Aron who uses the name “Invisible Girl” to refer to Sue and Reed corrects him.  Really? That’s what you say in the heat of battle?  Also, Aron is not a fan of Guns N Roses because he doesn’t have “Appetite for Destruction,” the band’s most amazing album that also came out in 1989. When he’s losing the fight, Aron sends the Fantastic Four back to Earth and collects his evil clones. 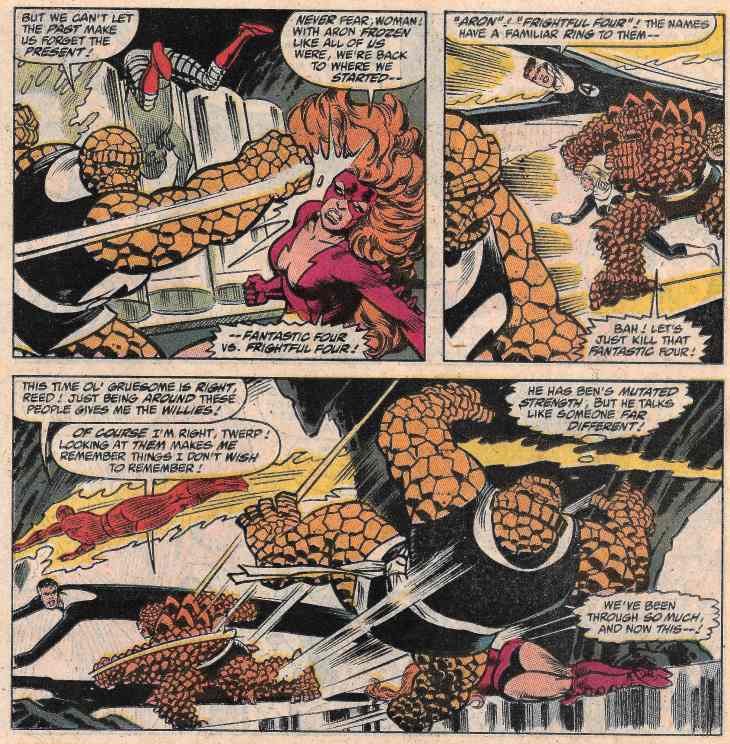 Effectively erasing this entire story from ever having to matter. 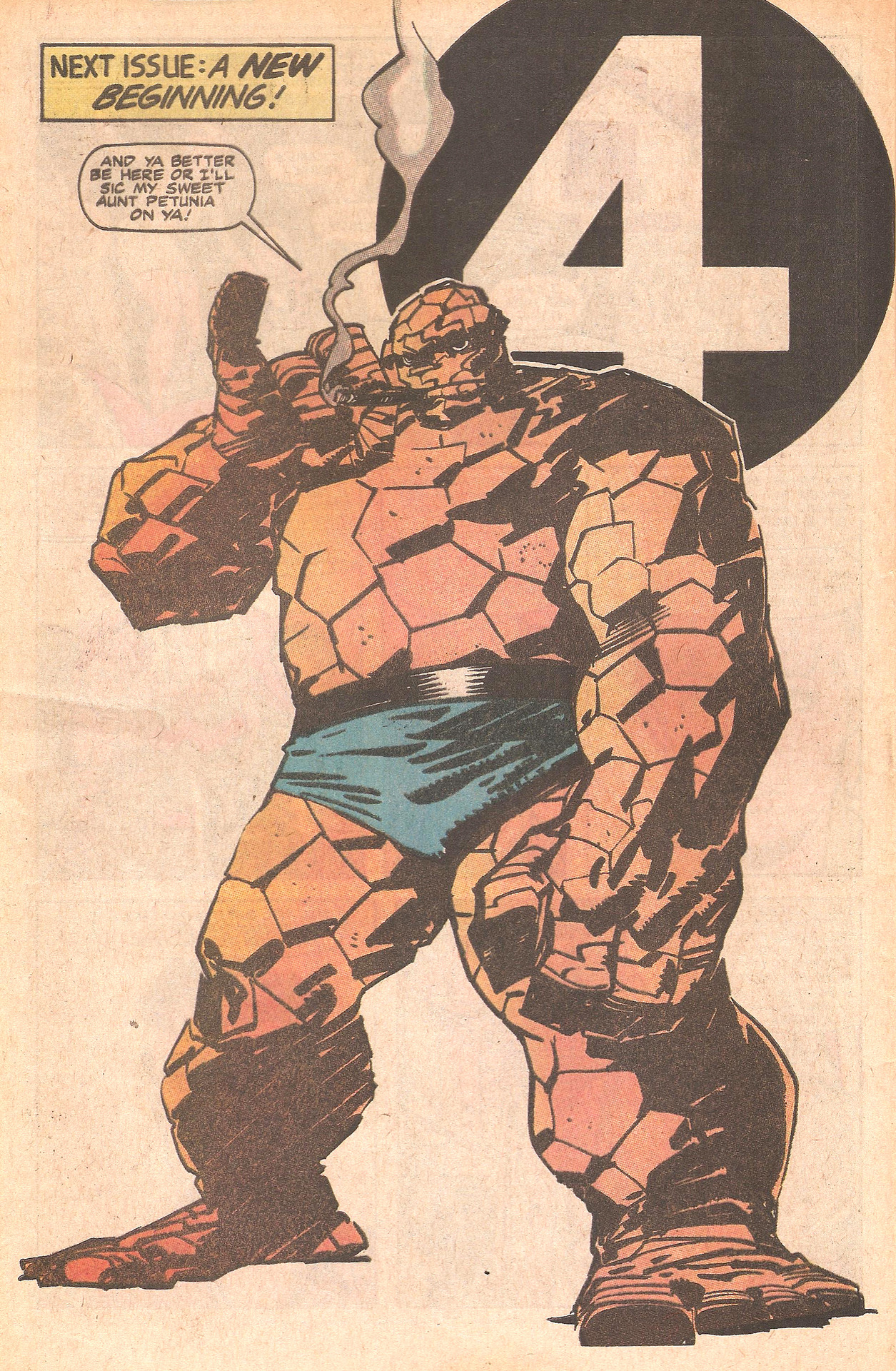 We’re left with an unsigned teaser promising a new (and better) tomorrow.  Those who know comic book artists knew immediately: Walt Simonson was coming to the FF!

And yes, folks, it will be a phenomenally good run.

Creators: Steve Englehart , Rich Buckler
Grade: C+.  The first three issues of this arc are sub-par C- issues at best, but the end—where Englehart does the Grant Morrison thing a decade before Morrison does it—elevates the grade to slightly better than average.