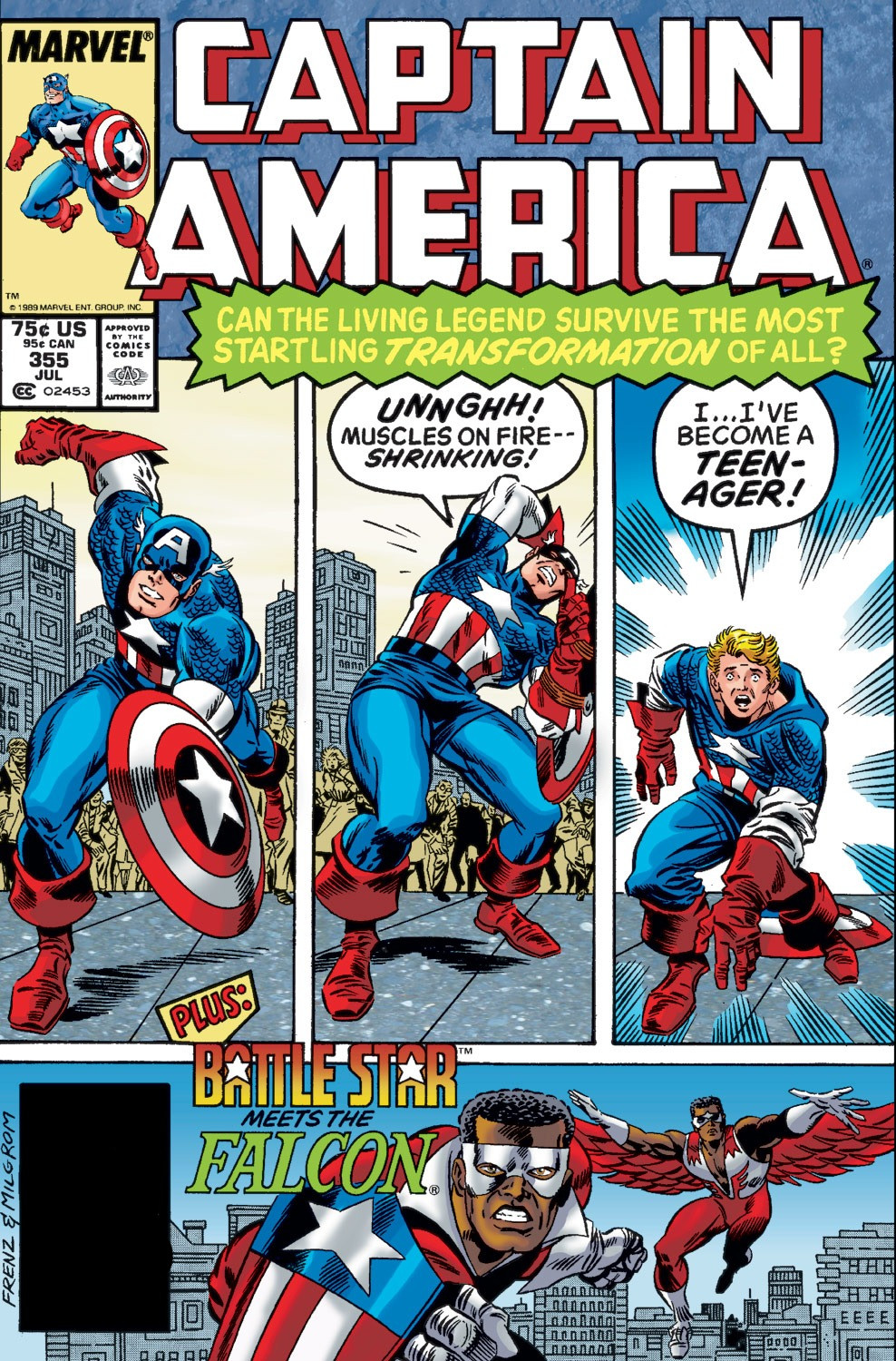 Bernie Rosenthal was Captain America’s girlfriend for years and then was summarily dropped from the series. 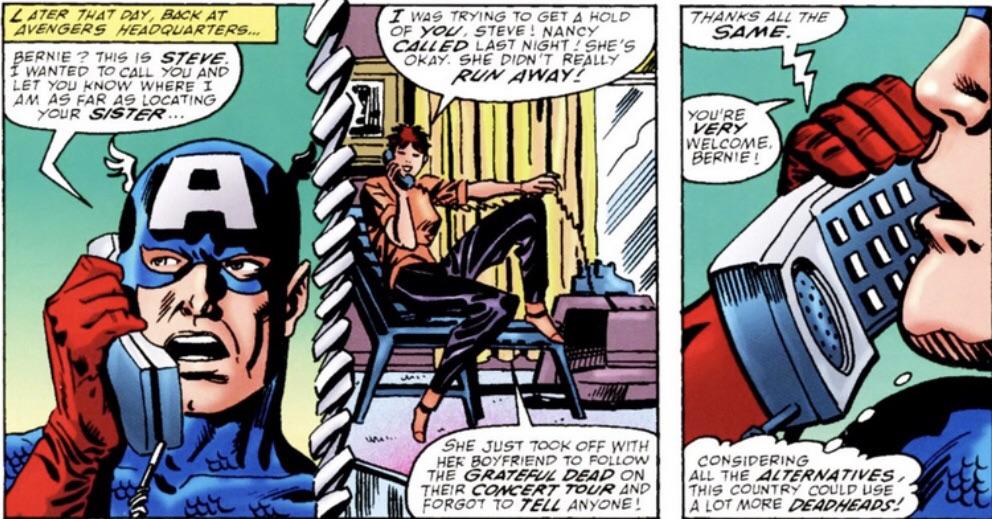 It happened so quick I don’t even remember them breaking up.  (It was in Captain America #316.  After she was kidnapped by Sin—who also appears in this story arc but oddly there’s no real tie to the earlier Bernie story—she left New York City to move to Wisconsin.)  Anyway, she returns to ask Cap for help finding her sister, who is missing.  He uncovers a string of kids who have disappeared from New York’s Port Authority building, and decides to investigate.

Uh…I grew up in New York and can say definitively that Port Authority in the 1970s and ‘80s was exactly where kids would go to INTENTIONALLY go missing.

Anyway, Cap recruits The Eternals’ Sersi to shape-shift him into a teenager, so he can go undercover.  I had no idea Sersi had the power to de-age people.  Seems she could solve a lot of problems for Marvel, like how was Frank Castle in Vietnam and still, 20 years later (50 years later, now), running around taking punches like a twenty-year old? 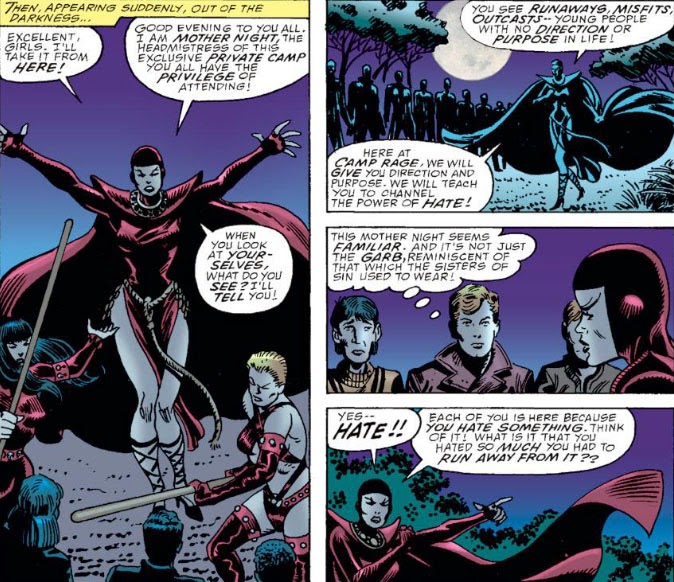 Once he’s at Port Authority, he is taken—just like the other kids—by Mother Night.  She’s brainwashing the kids to form a cult of followers to do her evil bidding.

Sin, the daughter of Red Skull, is one of Mother Night’s students. At the culmination of the story, teen Cap is being beaten up by a mob of teens when Sersi’s serum wears off and he pops out at adult Cap just in time, and beats up all the kids and Mother Night’s adult cohorts.  Oh, and he does find Bernie’s sister who never got involved with the cult anyway.

Note: #357 also has the first part of the next continuing story, Blood Stone Hunt, and I will cover that aspect of this issue in the next post.