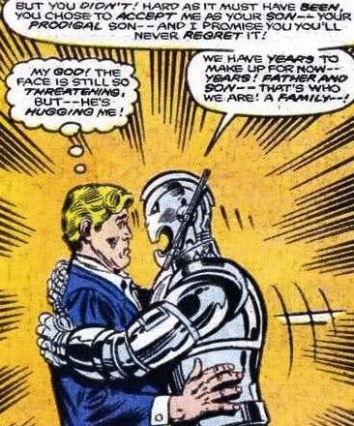 Ever the 1960s throwback, Steve Englehart titles this story after an Isaac Asimov tale.  “U, Robot.” 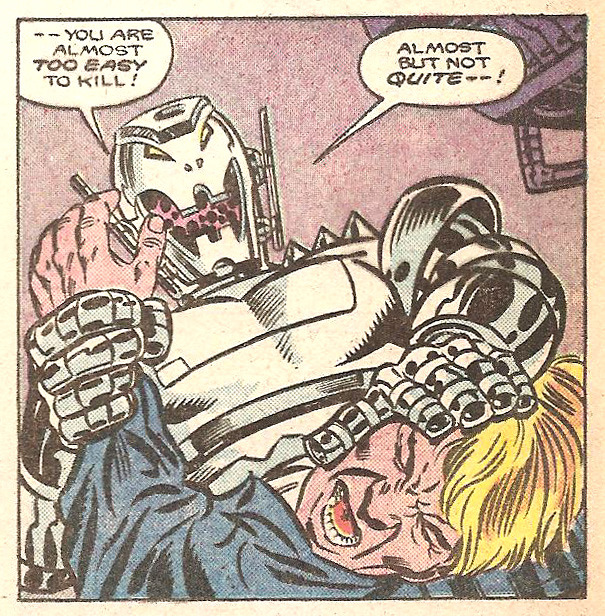 Over the last several issues, Ultron has been prank calling Hank Pym and they’ve been having “love me daddy” conversations, and getting to know each other. Meanwhile, an older version of Ultron gets reactivated when a lady finds it head on the street and puts it on top of her TV.

Okay, that’s kinda funny.  Kudos for that one, Steve.

Old Ultron runs around for part of this issue existing as a head on a TV until he gets his body back, then the two Ultrons fight because Old wants to kill Hank Pym and New now loves his daddy (see above).  Both die by the end of the issue. It’s a perfectly fine story, but it’s odd that it’s so easy to defeat an Ultron—it’s done in one issue, where he usually can take on an entire team for several.

Lots of parent/brother stuff from Steve Englehart in this period, between his work here and in the Vision and Scarlet Witch Maxi Series.