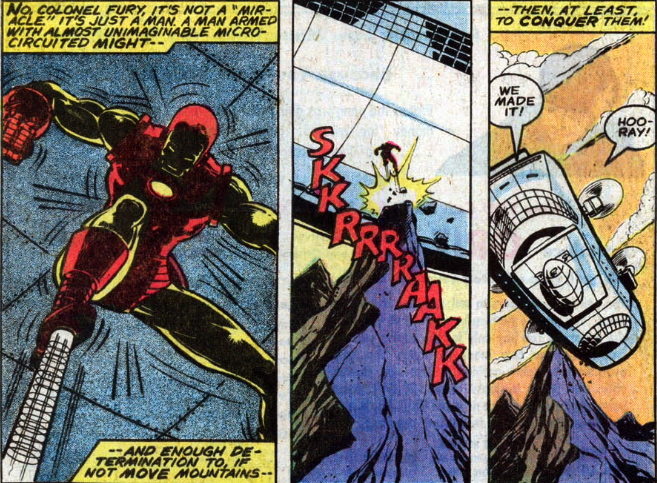 I do love (absolutely and without reservation) this run on Iron Man. It might be one of the best runs of all time for any comic, ever. But this is weird. In the panel above, from issue #119, Iron Man slows the descent of the SHIELD helicarrier, which houses at least ten jets at a time along with about two aircraft carriers worth of weapons and personnel. His power is awesome. And yet, in the very next issue he can’t lift a jet…. 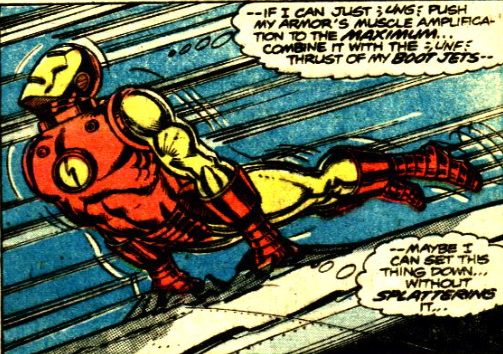 If I gave out no-prizes, I’d offer one to the reader who can explain that! He hasn’t switched armor, by the way.

The reason he’s trying to lift the Helicarrier is to prevent it from crashing in Russian territory and causing an international incident.  He succeeds, but in the process gets a hold of information that confirms that Nick Fury is trying to take over his company.  Iron Man confronts Fury, who doesn’t deny it–in fact, he says it’s a matter of national security for SHIELD to force Stark to start making weapons again. 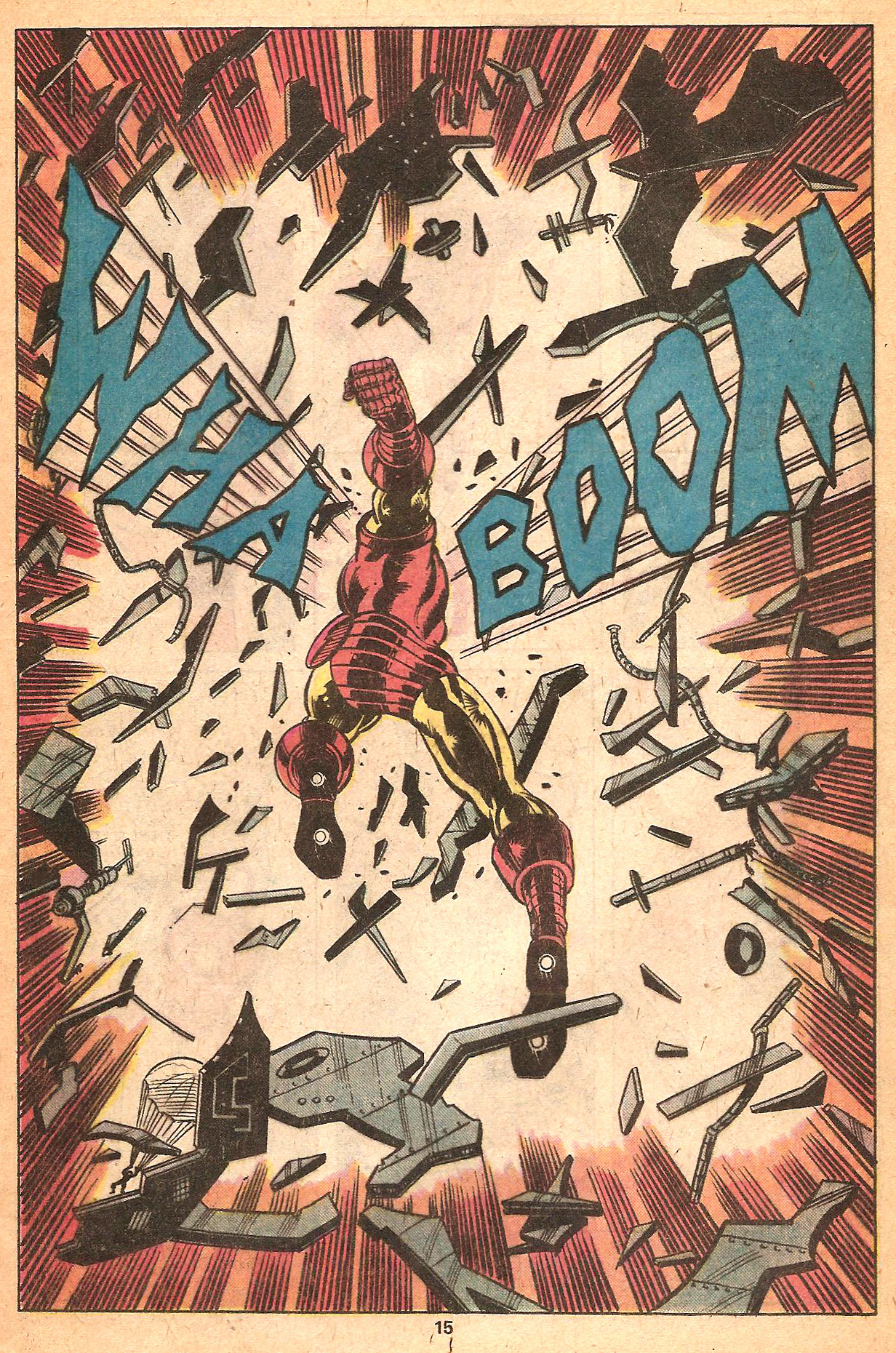 The art in this run is just so damn good. 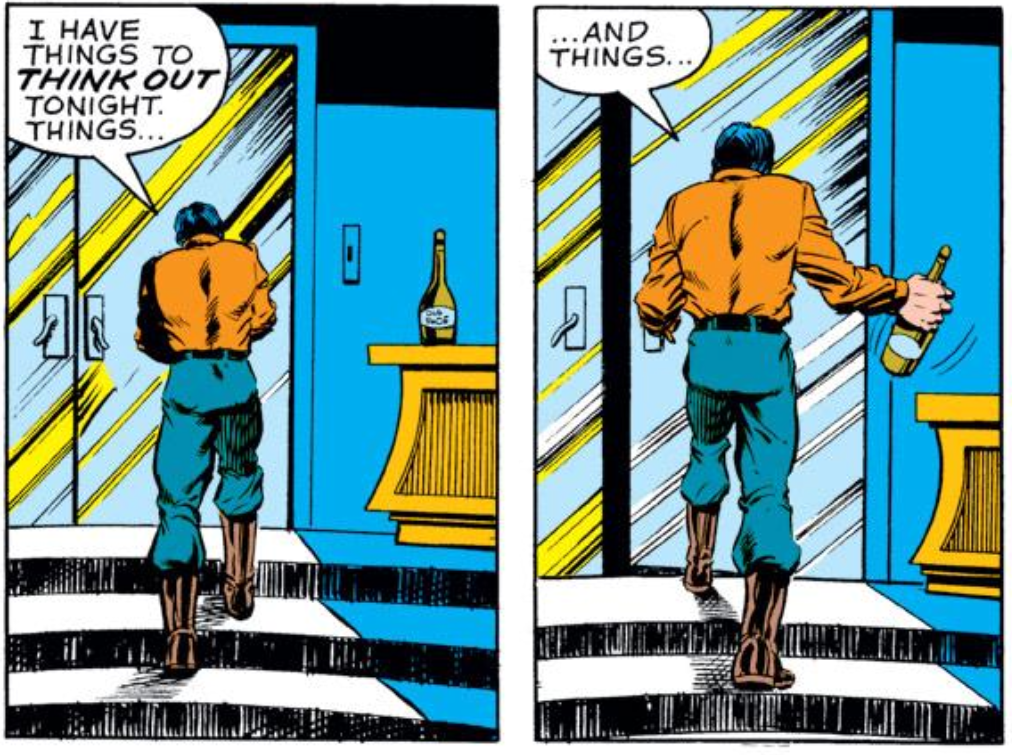 The Demon in the Bottle is just eight issues away.

Issues #120-121 feature Namor, and it’s one of the weaker parts of the run.  They fight, of course, because Namor is always an asshat.

It’s only important because we meet Justin Hammer for the first time.

We see Hammer and some of his minions taking over Iron Man’s armor remotely, and during the battle with Sub-Mariner, they cause his eye and mouth plates to open, filling his armor with ocean water. 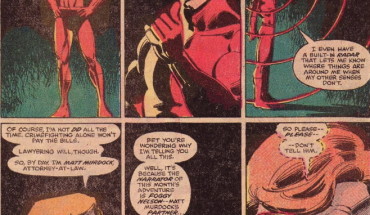 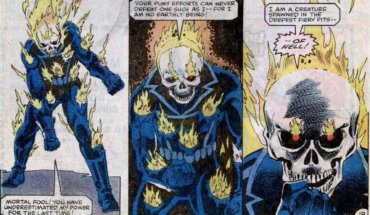