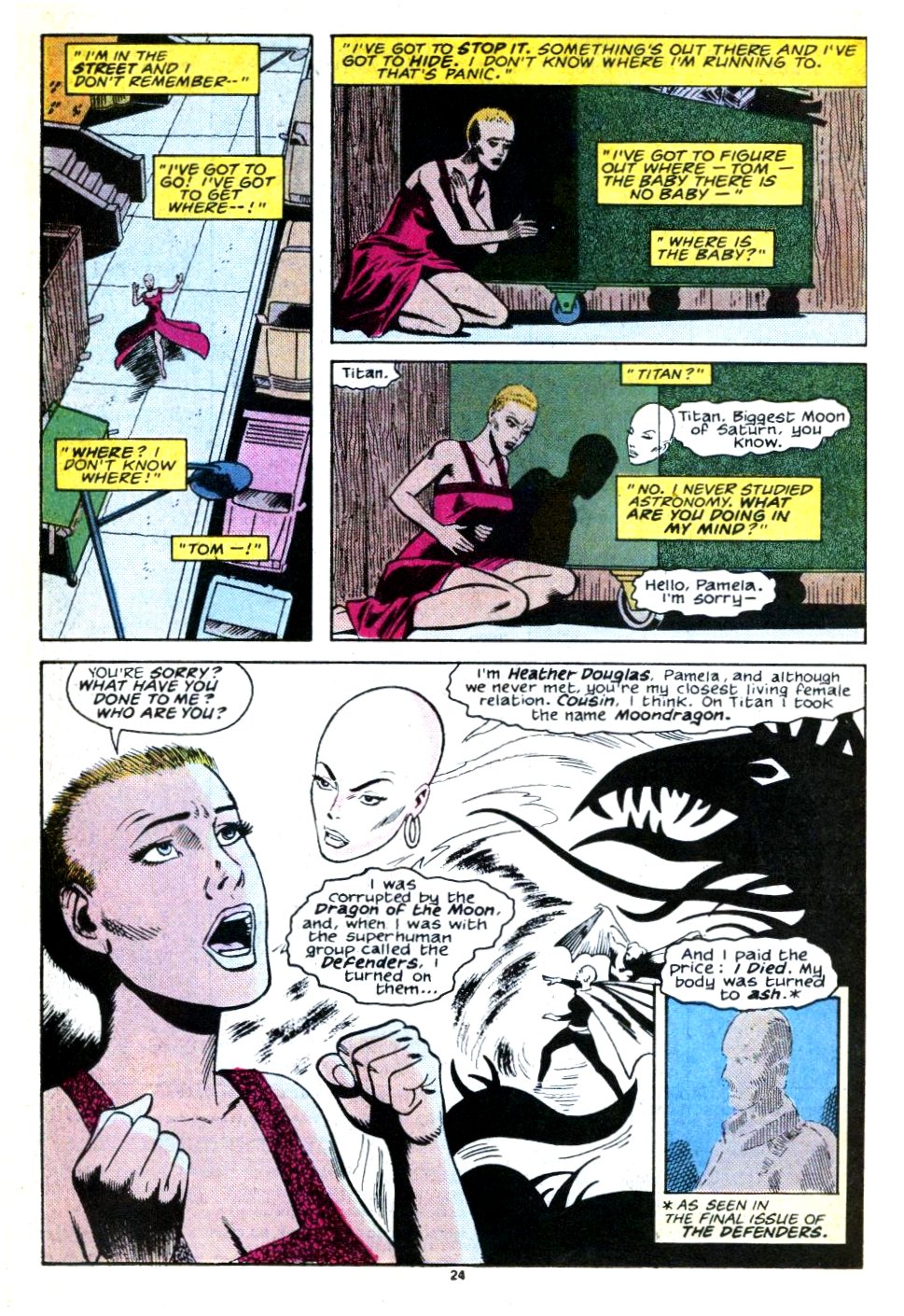 Three short stories spread over three even-numbered issues revive Moondragon and Gargoyle, and even check in with Cloud.  All scripted by Peter Gillis, it’s a “New Defenders” revival as Gillis and Don Perlin try to tie up some threads from their work with the characters many years ago.

If you recall, Moondragon died in New Defenders #125, but it turns out she’s been reduced to a psychic self (only her body died), and now she is speaking through the body of her human cousin.

Also Gargoyle, who also seemed to die, became a spirit again and now he’s possessing a new human body (which was how he had a corporeal form in The Defenders, too).

This eight-page story accomplishes quite a bit, bringing back these two characters—or at least letting us know they’re still alive.  It’s also neat to see both of the characters speaking through different mortals and expressing that each has feelings for the other (their romance was loosely begun in the pages of Defenders).

Moondragon flies away in a spaceship in the end, and it appears that Gargoyle, in his new body, goes with her.  But it’s not clear.  And the story says it will “be continued” in a future Solo Avengers issue.

In the next installment, Moondragon (still living inside Pamela Douglas) goes to Titan to get a new body, and with her is Gargoyle (still haunting a gem from Dr. Strange).  The new body, it turns out, is a clone—so it is born as a baby.

So now Pamela has to babysit baby Moondragon, and it turns out Pamela has her own powers. 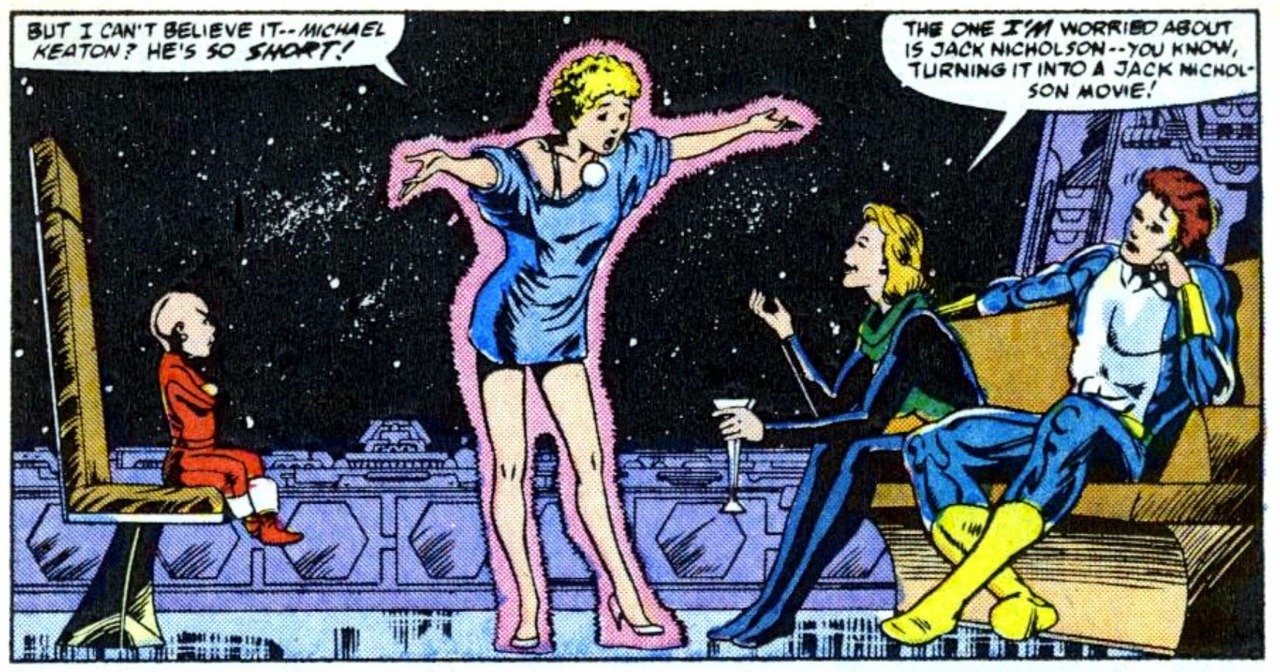 Of course, Moondragon grows up fast.   And in the scene above, they discuss the new Batman movie. 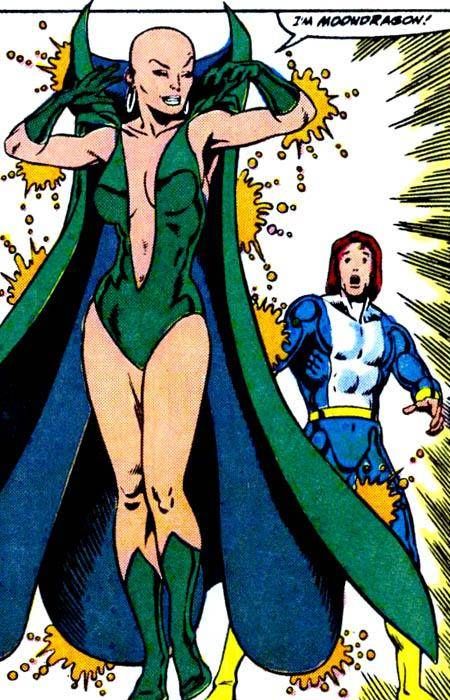 By the end, Moondragon is all growed up and in a new costume.

Also, Gargoyle is free from his gem. Oh, and Cloud, also a former member of The Defenders, is involved.  I think the whole point of these stories is to revive some characters from Gillis’ old series.  It’s fine for what it is, but it’s not great. 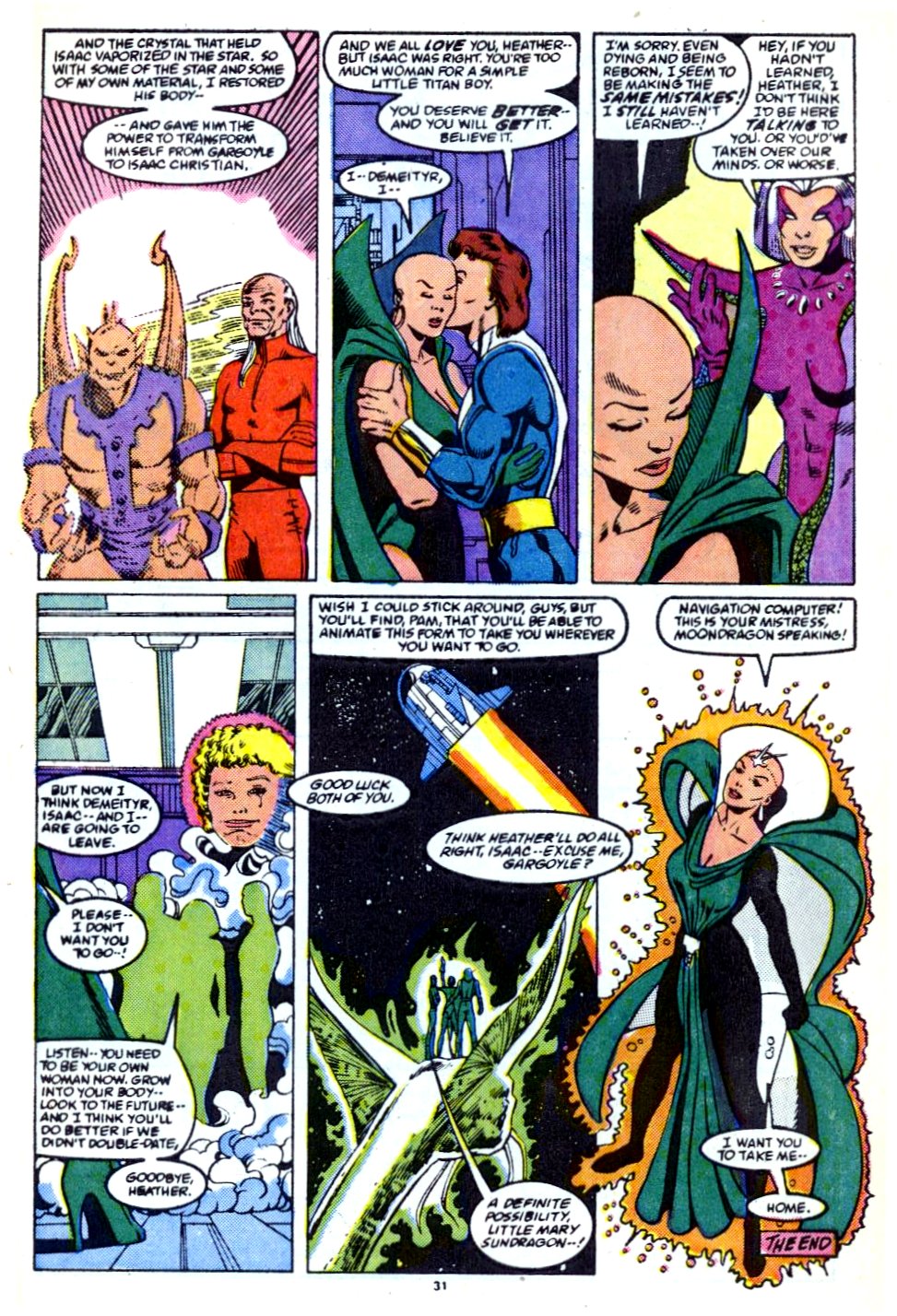 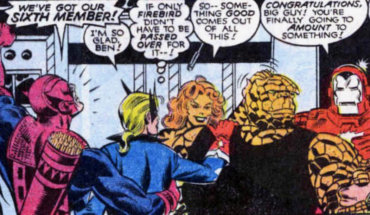 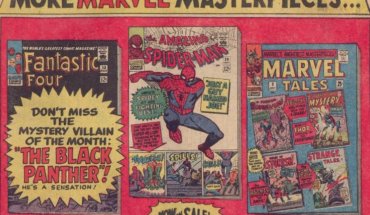 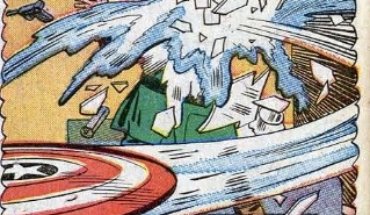