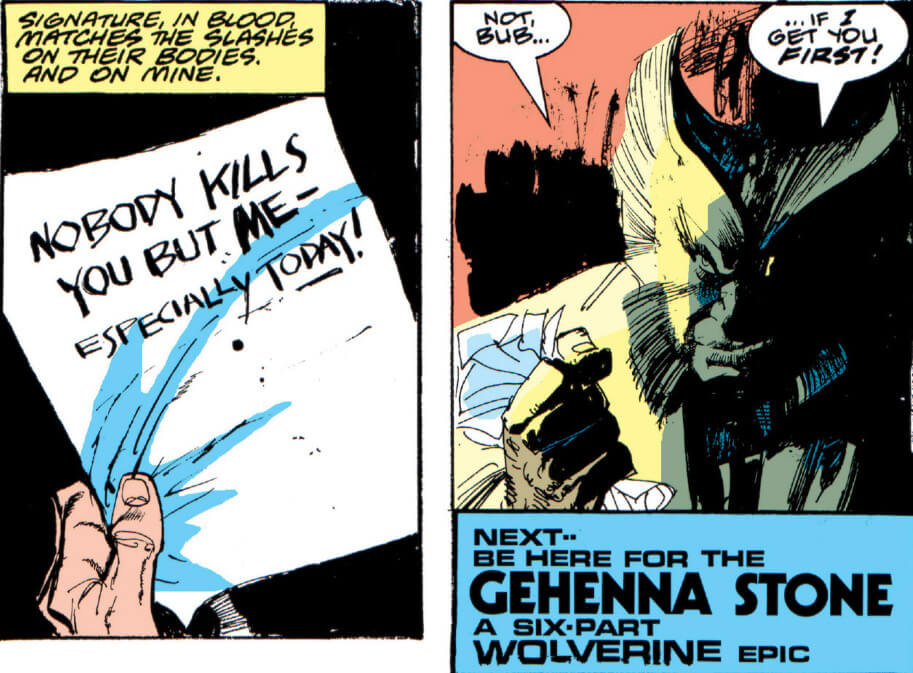 Last issue, Peter David did a fill-in (he will soon become the regular writer), and his issue was a done-in-one.  Chris Claremont doesn’t really do done-in-one stories.  He built his entire reputation on complex, interwoven storylines and a stubborn unwillingness to neatly “wrap things up.”  In a lot of ways, he represents a voice of “realism” in comics, because let’s face it: Almost nothing in life is every fully completed.

In that spirit, Claremont does a single-issue story here. 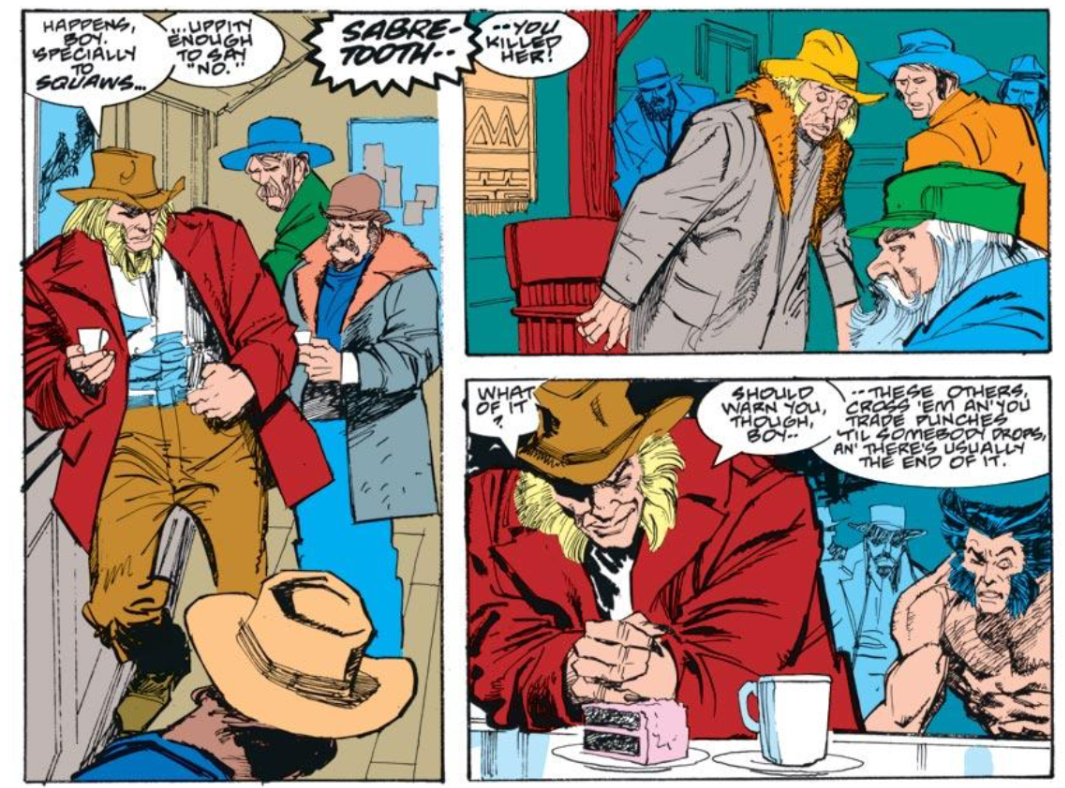 The story goes into the history of Wolverine’s long-standing hatred of Sabretooth—he killed one of Wolverine’s female friends, long ago in the days before Wolverine was part of Project X. 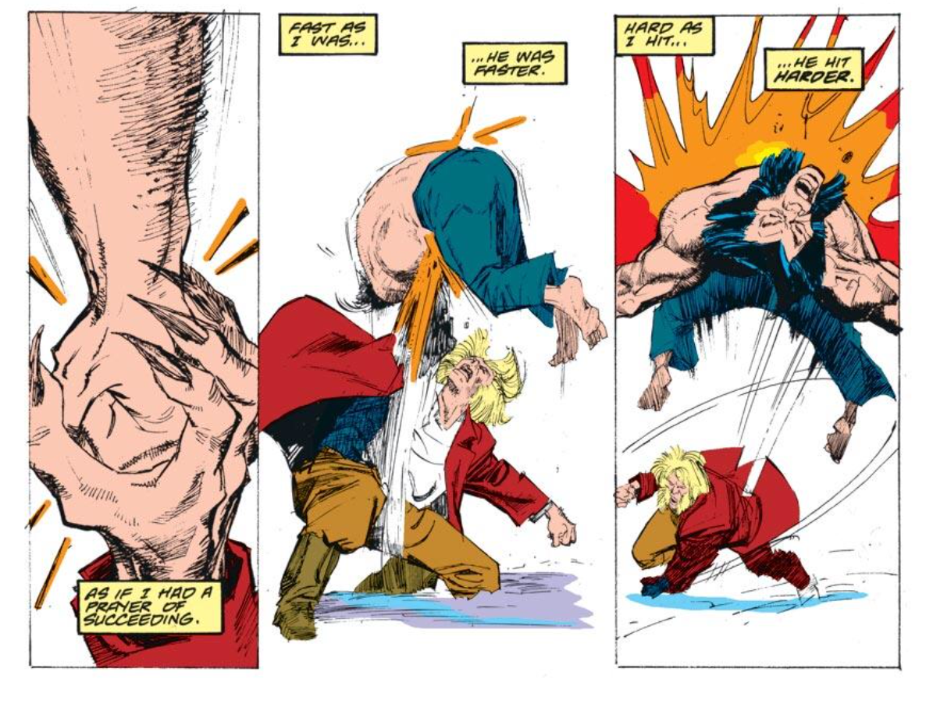 It’s a solid story—the kind of thing this book does well.  The story is a flashback, and Jessica Drew appears in the contemporary framing scenes.

In the end, we’re promised that next issue will be more typical Claremont: A six-issue “epic.” 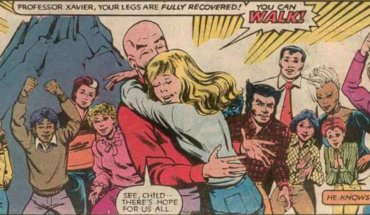 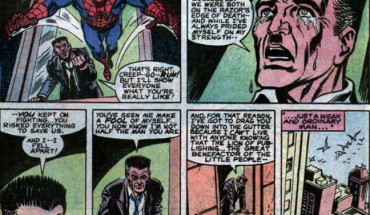