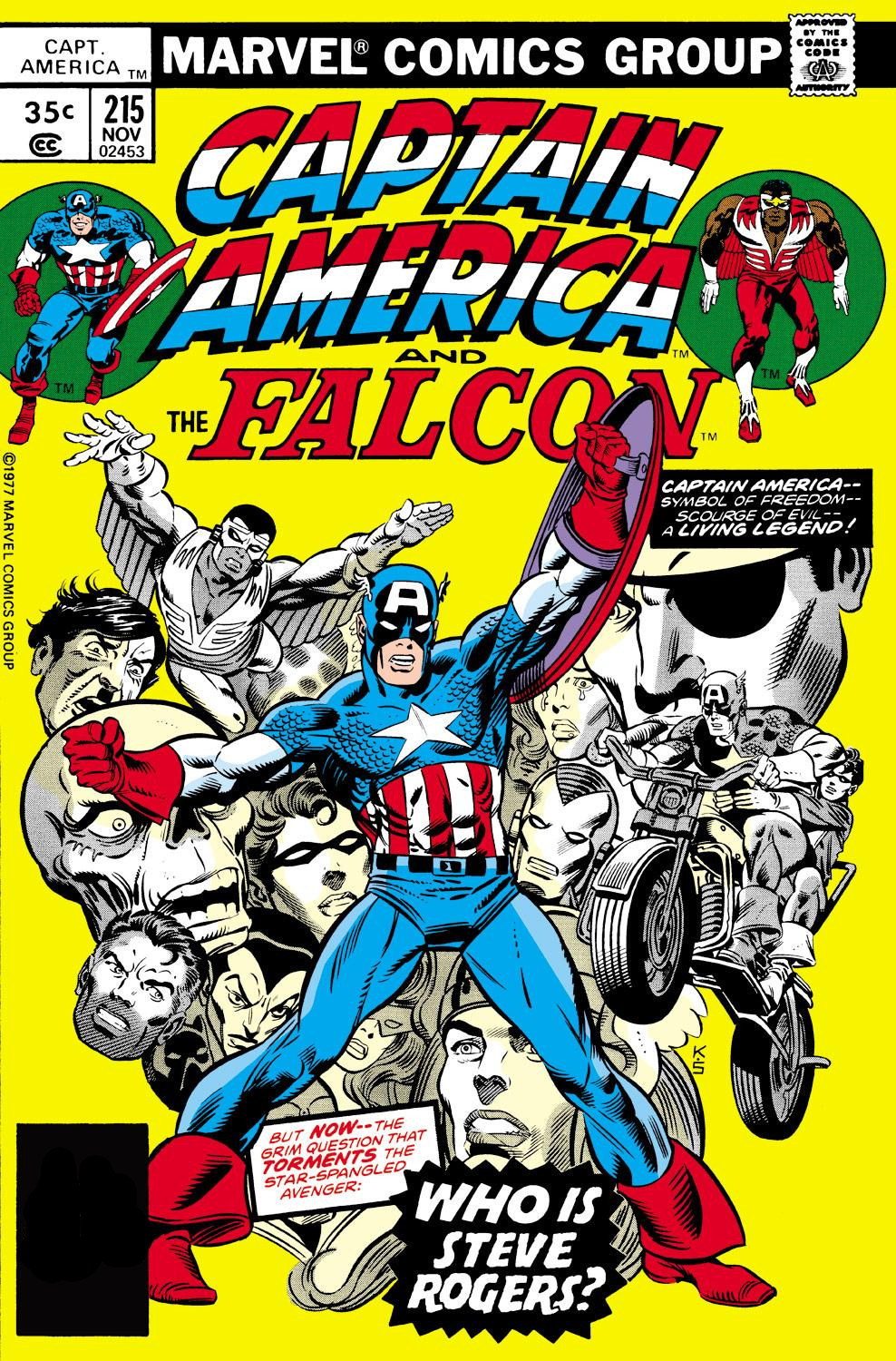 After an (epically bad) Kirby run, it’s time to remind the world who Cap really is.  In a story titled, “The way it really was!”, we get an origin and recap.  It’s told through Cap’s own eyes, and the issue ends with him wanting to remember the young boy he was before he became a hero.  He seems to literally not remember his childhood. 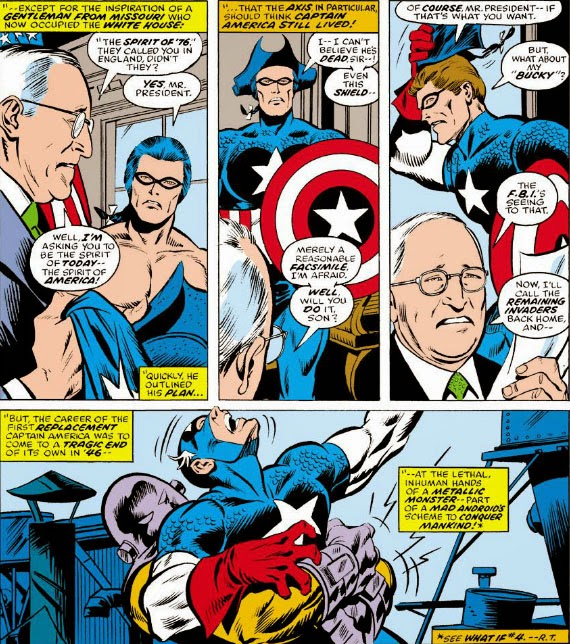 We also see a bunch of fake Caps who stood in for Steve during his big freeze.  And a cameo from President Truman.

There’s little change to the origin, but nothing really worth mentioning.