Let’s start with a full page that typifies 1970s Beast’s self-outlook.  It really wasn’t until Joss Whedon’s run on Astonishing X-Men, I think, that Beast became a super-nerd again.  In these stories, he’s basically like a pubescent boy.

The role was so helpful to the dynamic of the group that later, when Beast left the group, Tigra would take over the same role. 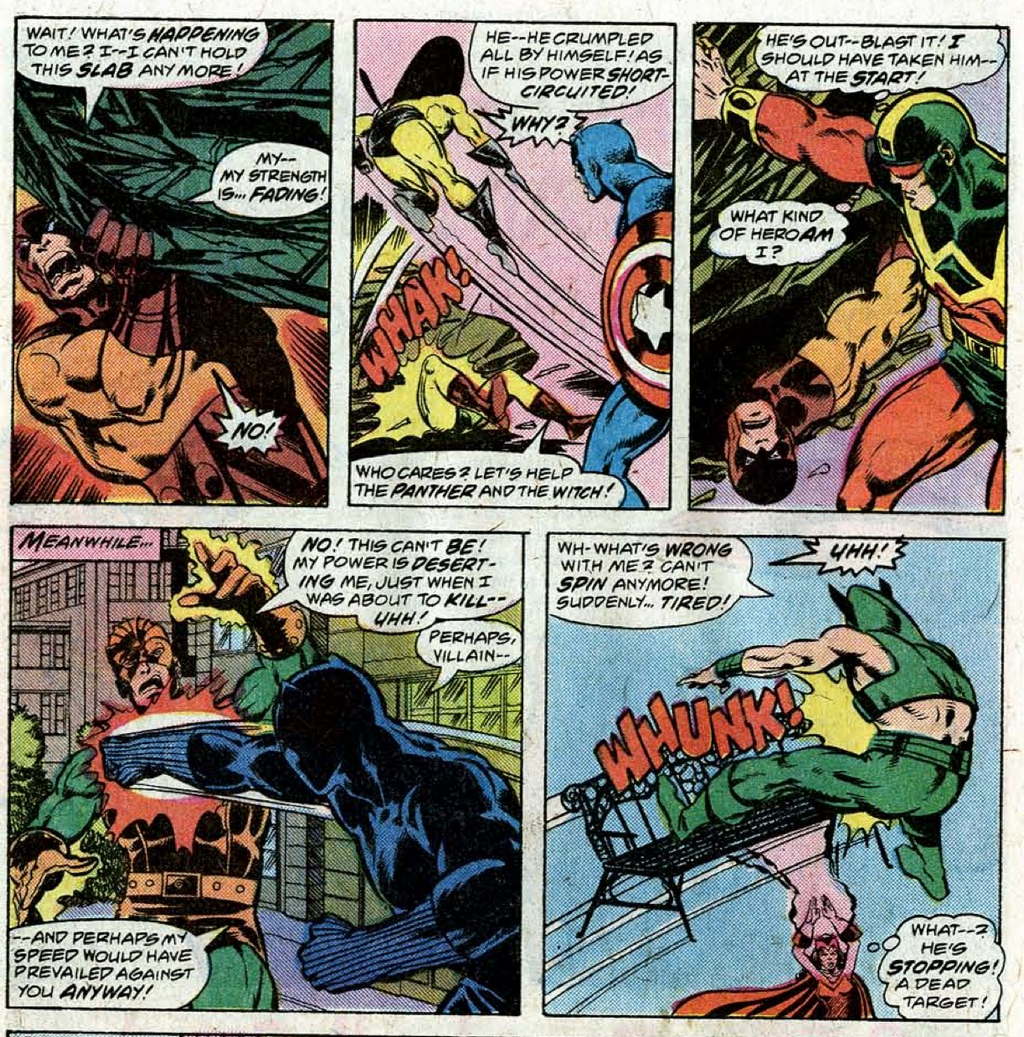 The Lethal Legion returns, this time cast with Living Laser, the original Power Man, and led by Count Nefaria.  Nefaria has figured out how to drain the power of his teammates, and as a result is almost as strong as Thor. 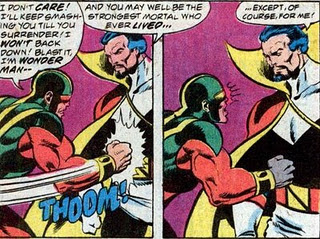 And this is why John Byrne is as great as Jack Kirby.  As a nice touch, Shooter has the Avengers also combine their powers to save the day.

Also, interesting bit of trivia: Wonder Man’s costume gets ripped up in the conflict, and he will never wear it again.  Henceforth, he has red shades and a red safari jacket.

There is a brief interlude in this issue showing a man with a box holding two small dolls. 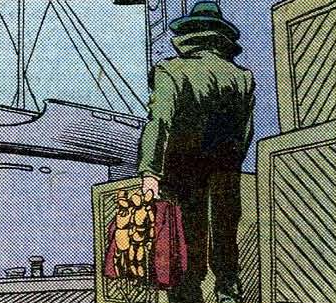 He will turn out to be Django Maximoff, adoptive father of Wanda and Pietro.