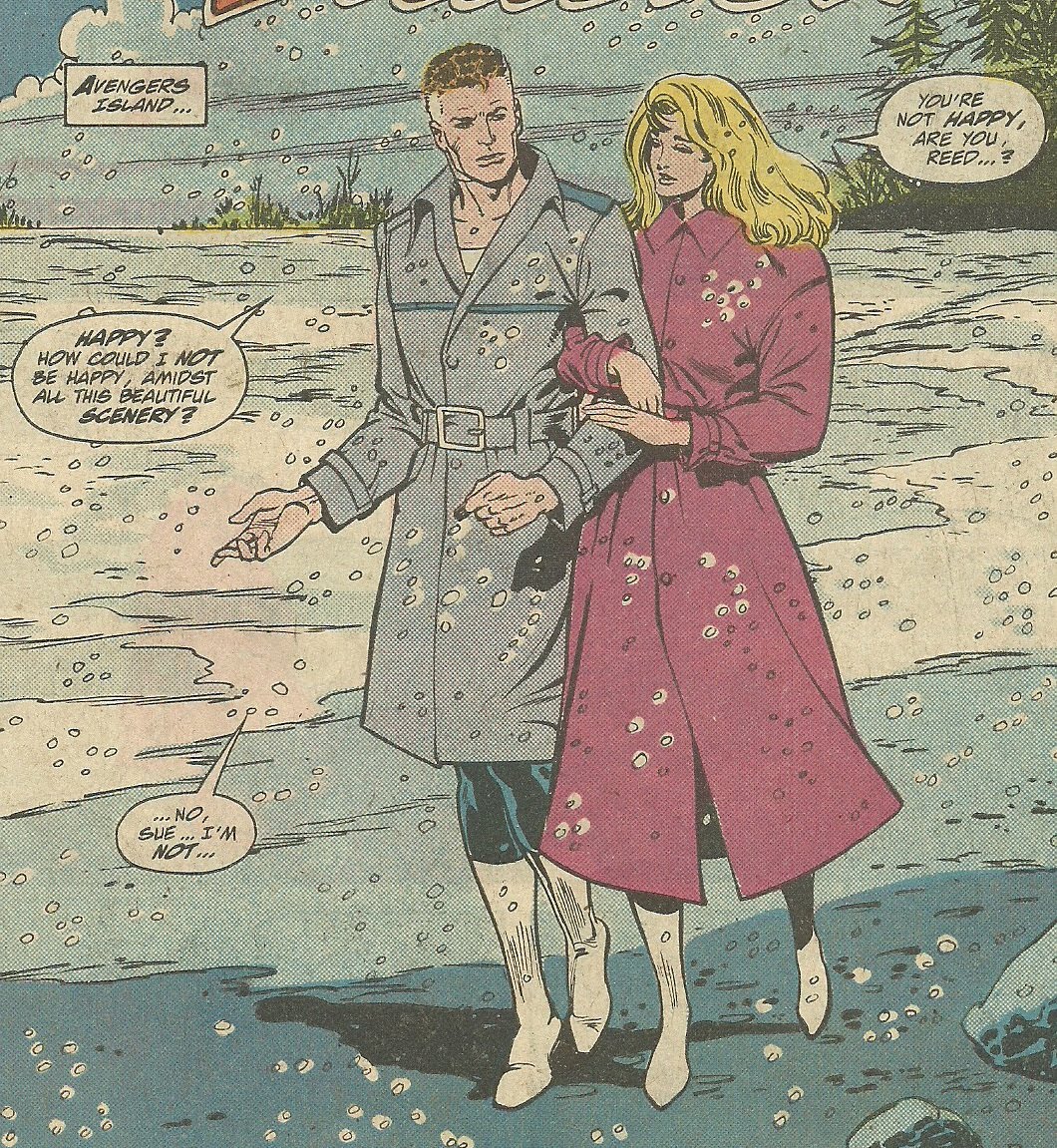 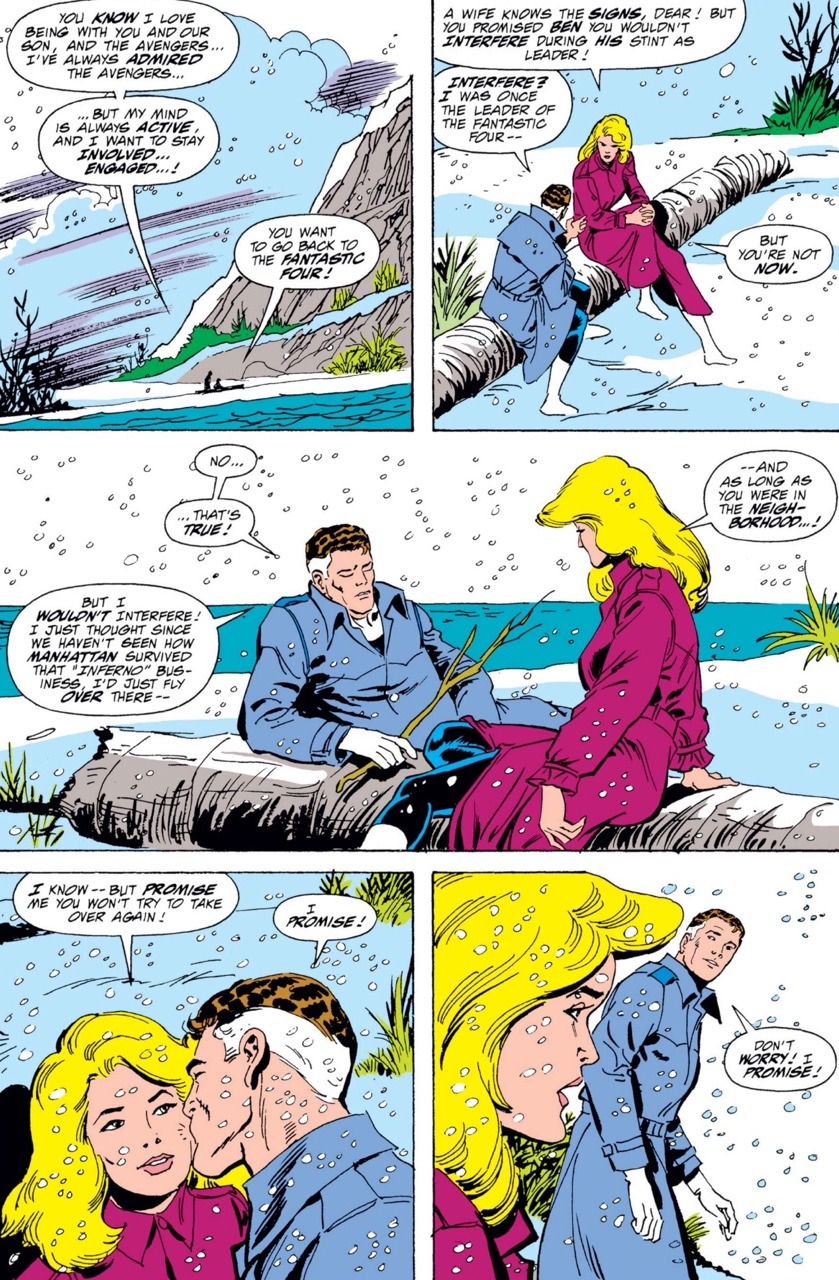 Reed and Susan Richards haven’t been on Thing’s Fantastic Four team for almost a year now, but they’re back in the superhero business as part of the The Avengers.  When this arc starts, Reed tells Sue he’s ready to go back to the FF, and Sue reminds him that he promised not to interfere “during Ben’s stint” as FF leader.  But since the duration of that “stint” was never defined, technically Reed could return and lead the team whenever he wants.  Nevertheless, he promises Sue and Thing that he won’t try to be leader again. 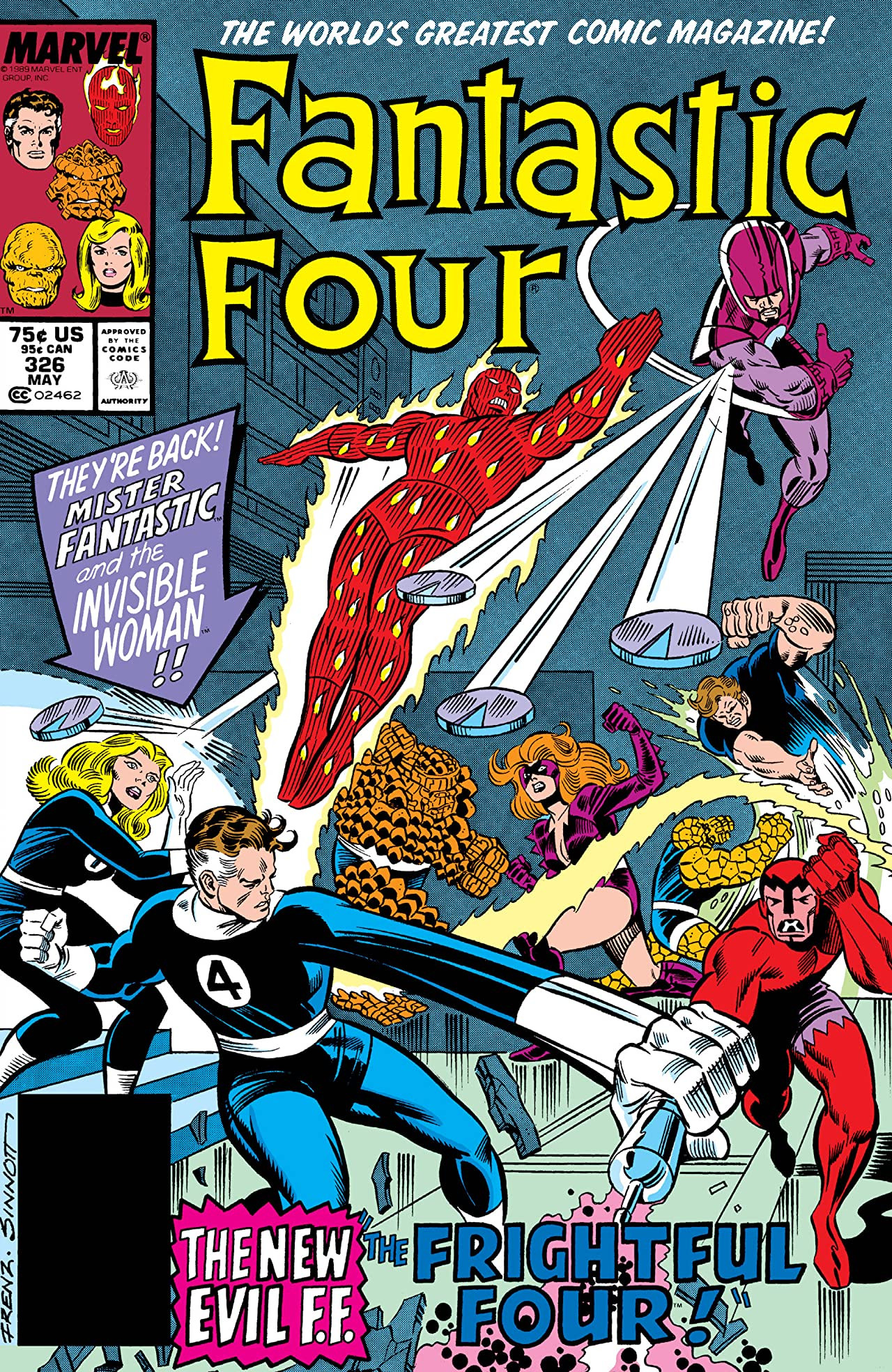 Then the new Frightful Four (Hydroman, Titania, Wizard and Klaw) attack and during the battle Thing is hit by a new ray-gun, invented by Reed, which changes him into Ben Grimm. 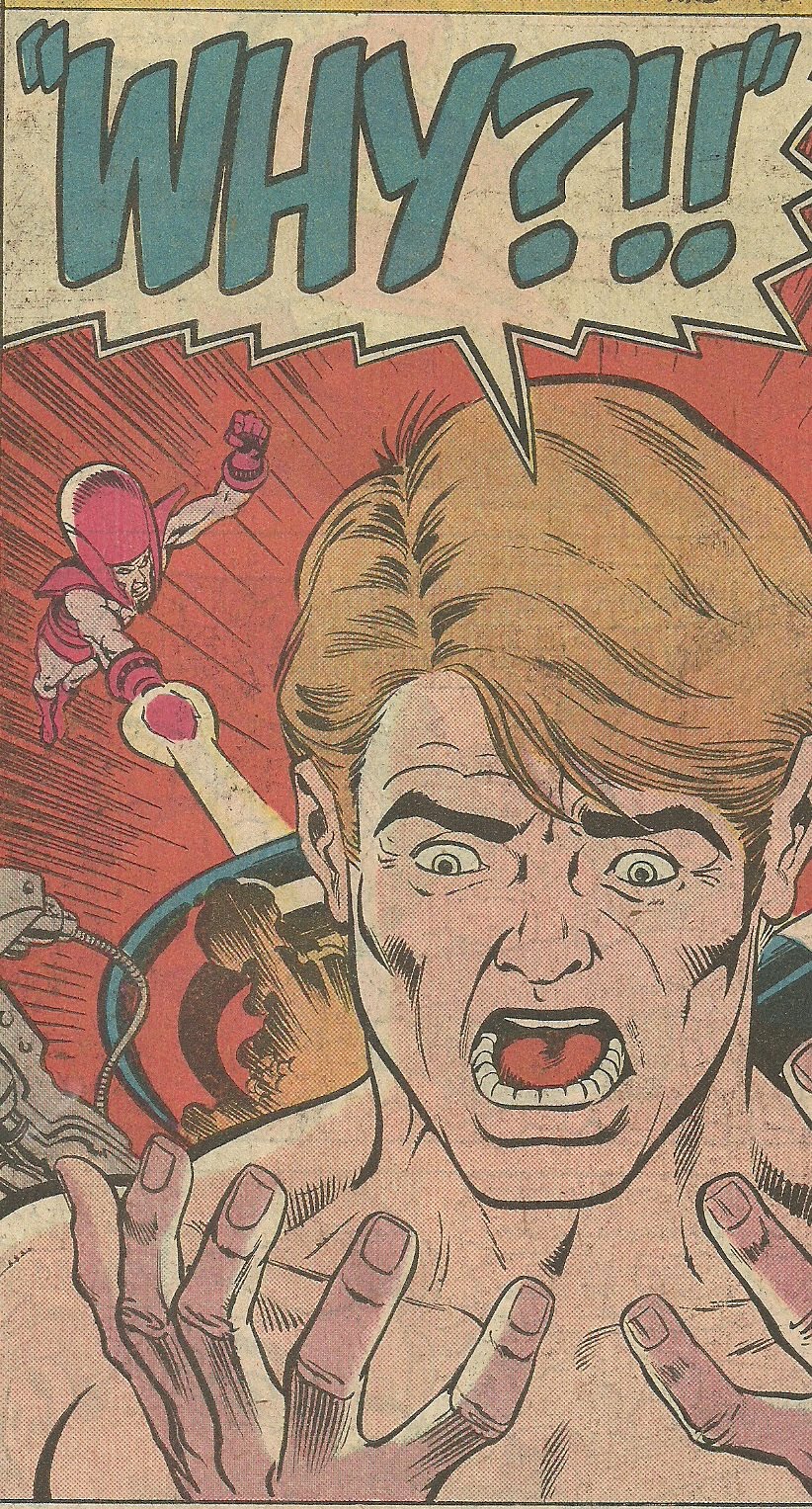 After the team wipes the floor with the Frightful Four, they congratulate Thing on losing his Thing-ness.

The Frightful Four escape, the new Fantastic Four (fleshy Ben Grimm stays behind, but Sue and Reed join Sharon and Johnny) track them down, and during the battle, Aron the Watcher and Dragon Man appear. 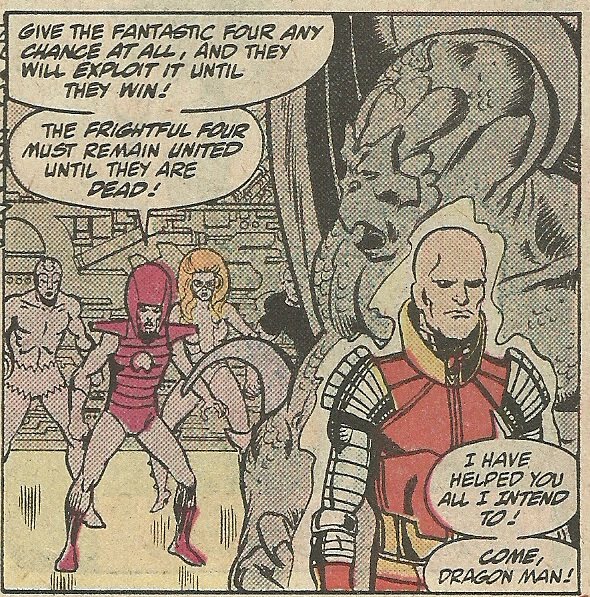 They neutralize all of the characters—heroes and villains—except for the non-powered Ben. 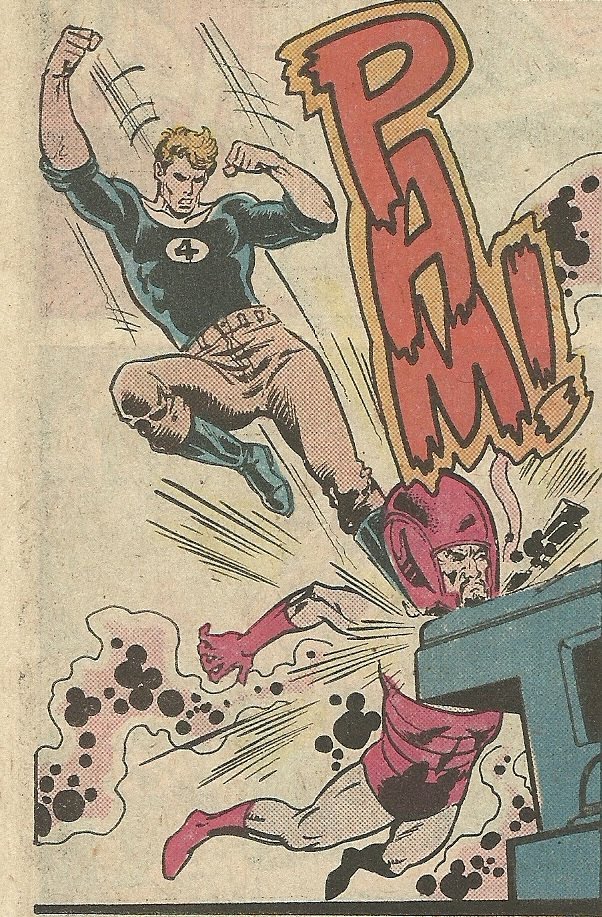 You saw that coming, right?  It’s Ben versus the villains. John Byrne is being annoying in writing the first issue of her comic.

I’m counting this as a creator “appearance” (even though it’s only a mention). 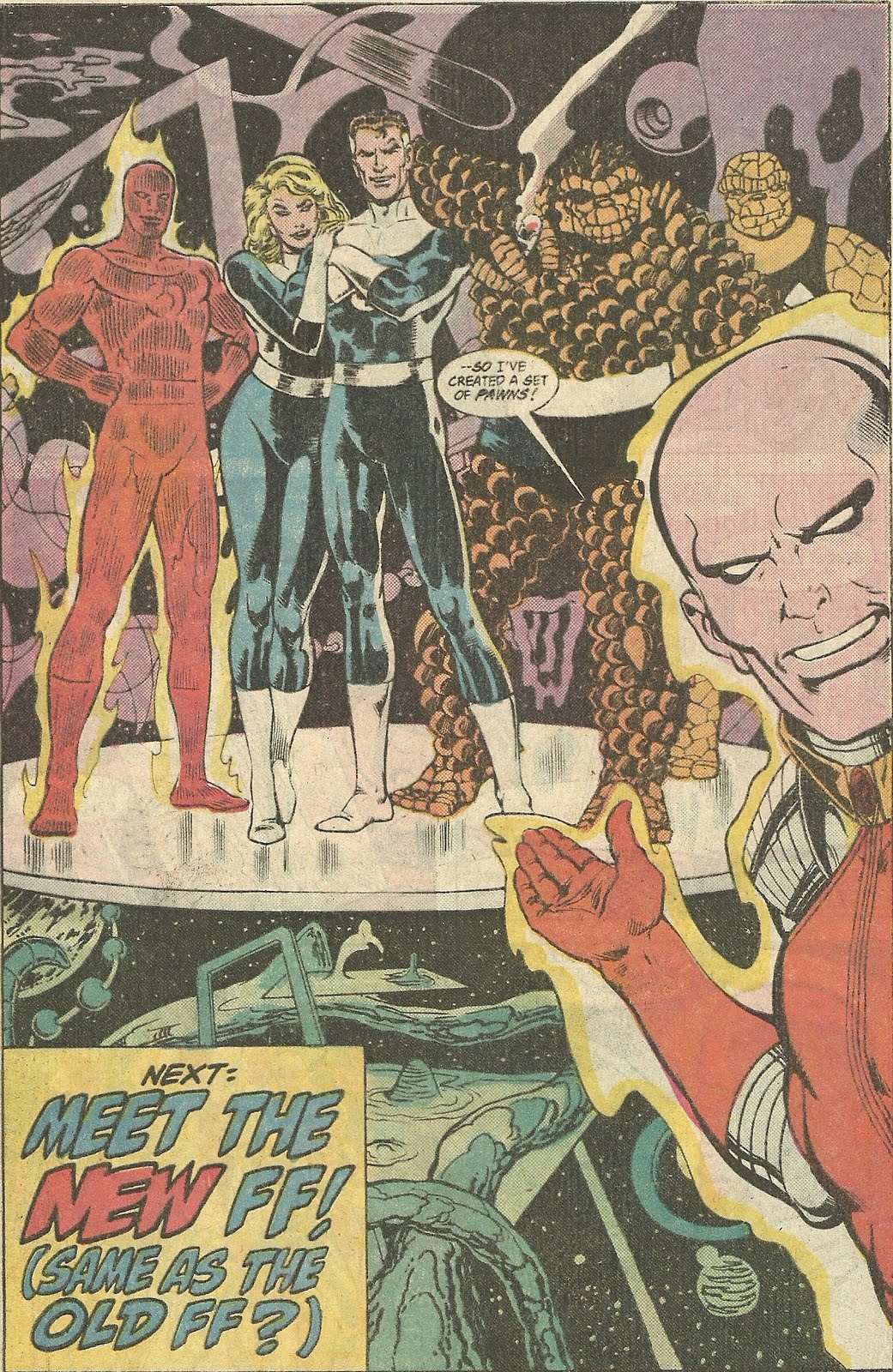 Aron’s evil plan was to create his own version of the Fantastic Four and replace the real team, which he does.

The Aron Evil F4 include Thing, so Alicia has trouble understanding what happened to fleshy Ben.  The evil team goes to Monster Island and meets up with Mole Man. 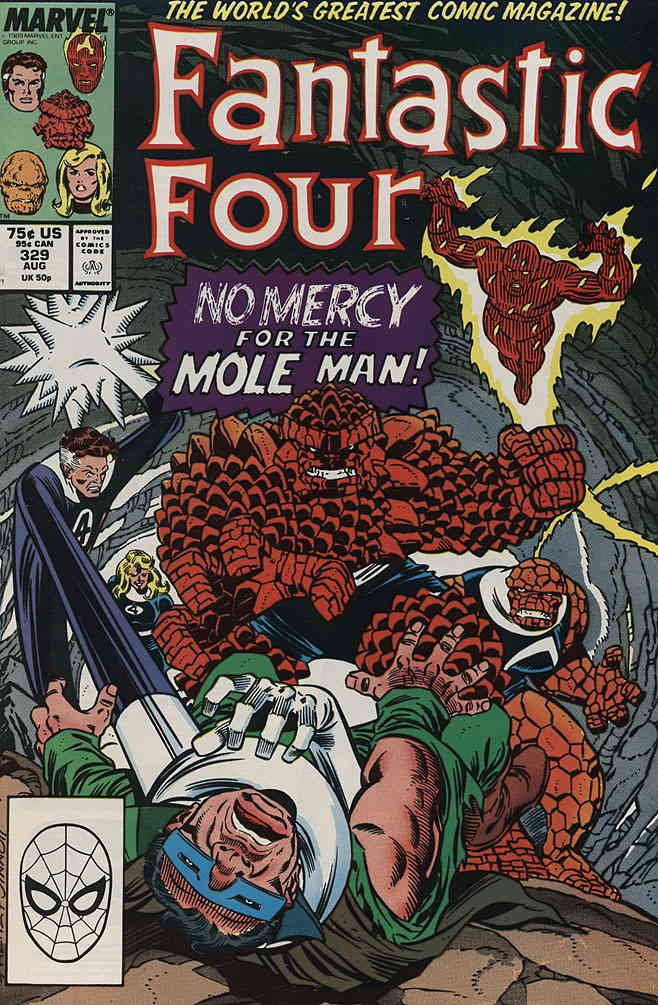 They beat him up, and he had been acting better recently so he’s baffled why they’re treating him this way.  And why they blow up his island.

So far, this isn’t bad.  But there’s this weird scene: Where the captured FF, held in stasis by Aron, are “dreaming” what the narrator will call “good dreams.”  The next arc will be about their “good dreams.”

I don’t really understand what’s happening here, but it’s pretty well written.  The writing is credited to “John Harkness,” but it’s really Steve Englehart.  Apparently, editorial forced him to bring back the original team, so his revenge was to do it in a dream.