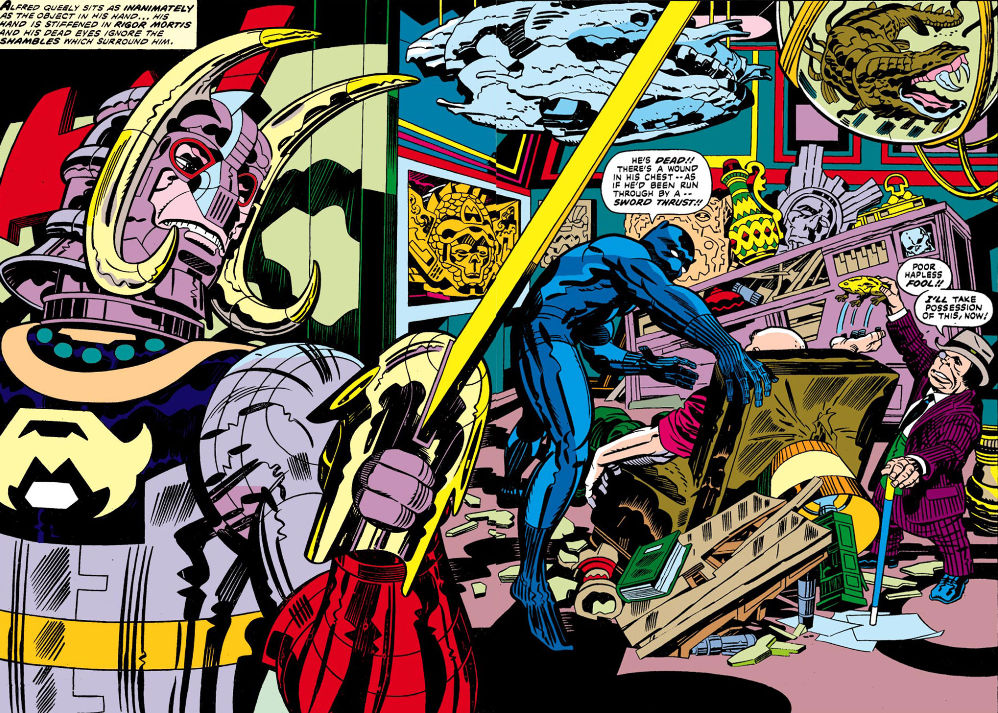 Once again, Jack Kirby comes back to Marvel to work on one of his greatest creations and proves that, when he is both writer and artist, he’s just not that good. 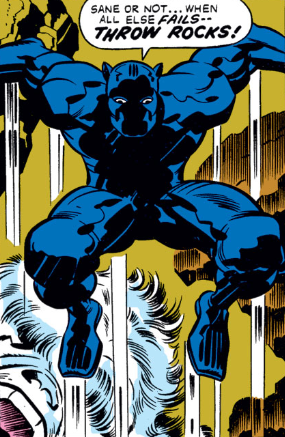 Kirby’s T’Challa is very different from what we’d seen up to now.  He’s big and muscular, characterized by bold, thick lines and large two-page spreads.  It’s good stuff, mind you, just not mind-blowing–and certainly not worth scrapping MacGregor’s work on Jungle Action.  I know some will disagree with me, but let’s face it. I’m right.  Kirby was a great artist but not a great writer.

Did I mention Black Panther’s sidekick in this iteration is a midget?  Named Little Man?

So, there’s that.  He may be racially sensitive, but apparently that’s where it stops. 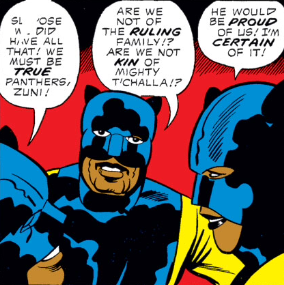 I’m sure that, like everything else with Jack Kirby and Marvel, there’s a back story about why he left before he even finished his final arc: The story that finally showed T’Challa in Africa in his own comic.  These last issues all take place there, and for the most part they’re about as culturally sensitive as you could expect from a comic created in the 1970s.  Hell, more sensitive. Unfortunately, the story isn’t all that interesting.  But at least you get the “Black Musketeers.”  (That’s what they’re called, I didn’t make that term up myself.) 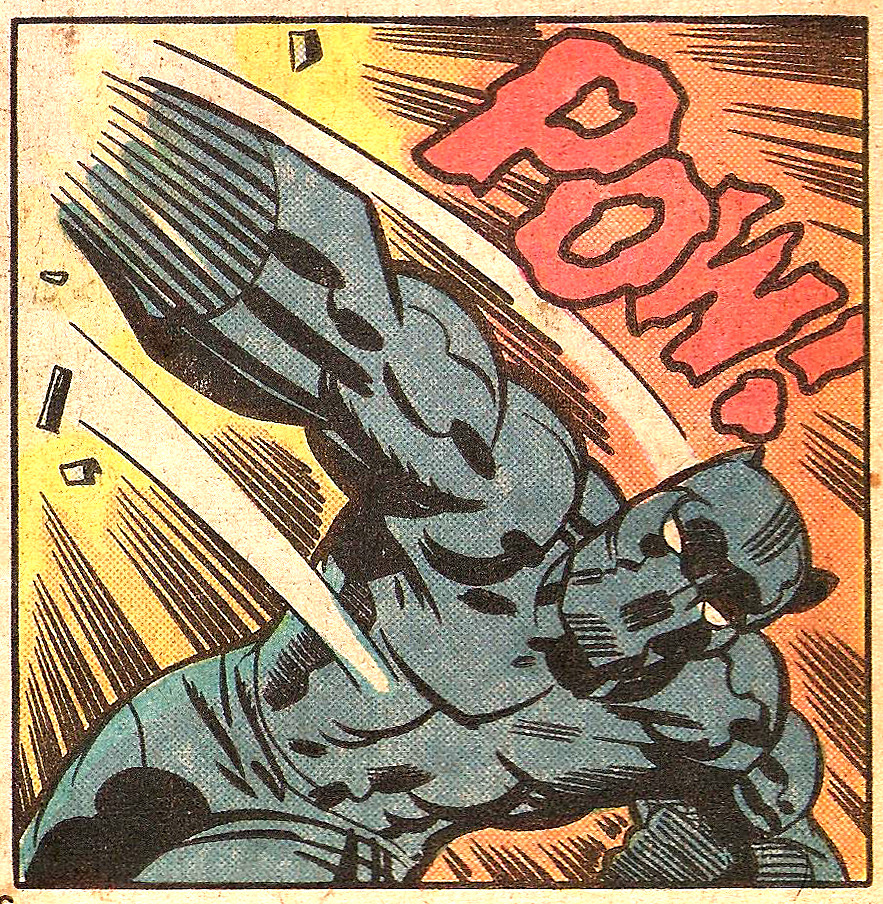 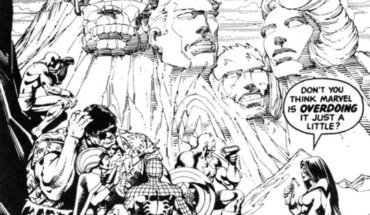