Yes!  Bullseye is ready for his close-up! 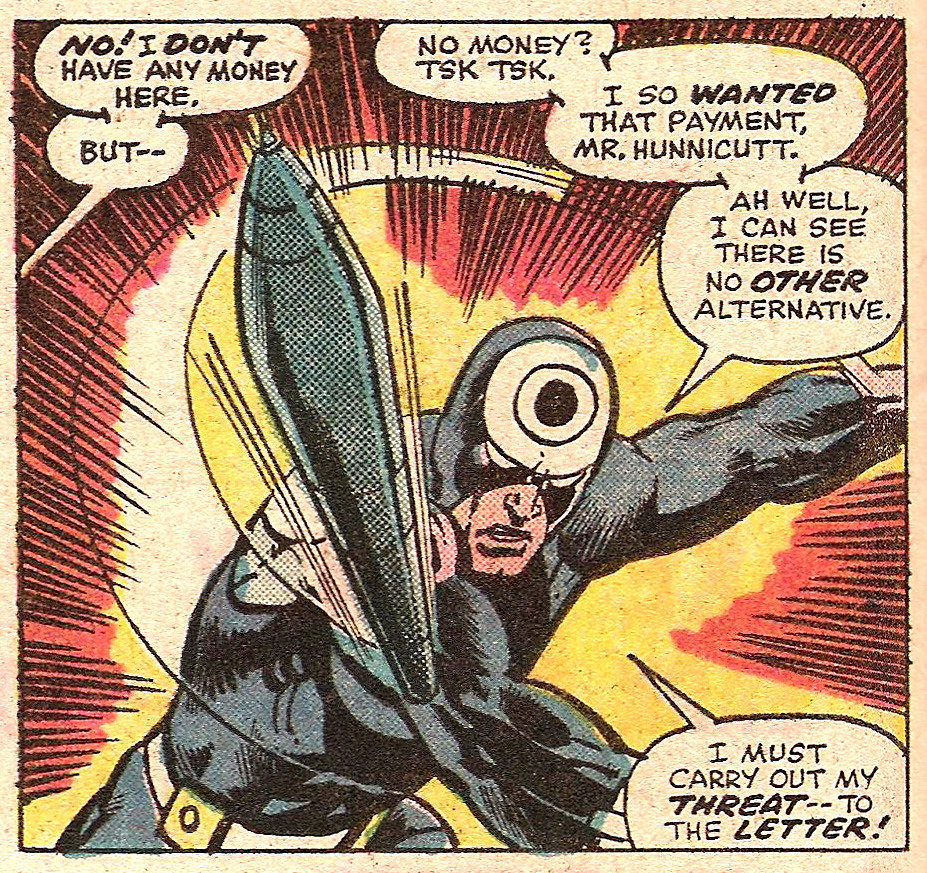 He’s into gadgets and deathtraps and he’s all flamboyant.  And he’s not nearly psycho enough.  But is still able to turn anything into a weapon. In his first appearance, Bullseye does amazing lethal and nonlethal things with a paper airplane, a grenade, a garbage can, bowling pins, a tuning fork, and a pen.  That’s the fun part.  Actually, the best part is when Bullseye literally uses a human cannonball as a weapon against Daredevil.

Wolfman immediately establishes Bullseye as Marvel’s most explicitly violent character, surpassing all prior Punisher appearances.  And like Punisher, Bullseye’s origins go back to Vietnam, where he was a natural born killer.

Daredevil beats the crap out of him.  It’s actually a pretty painful battle to see. 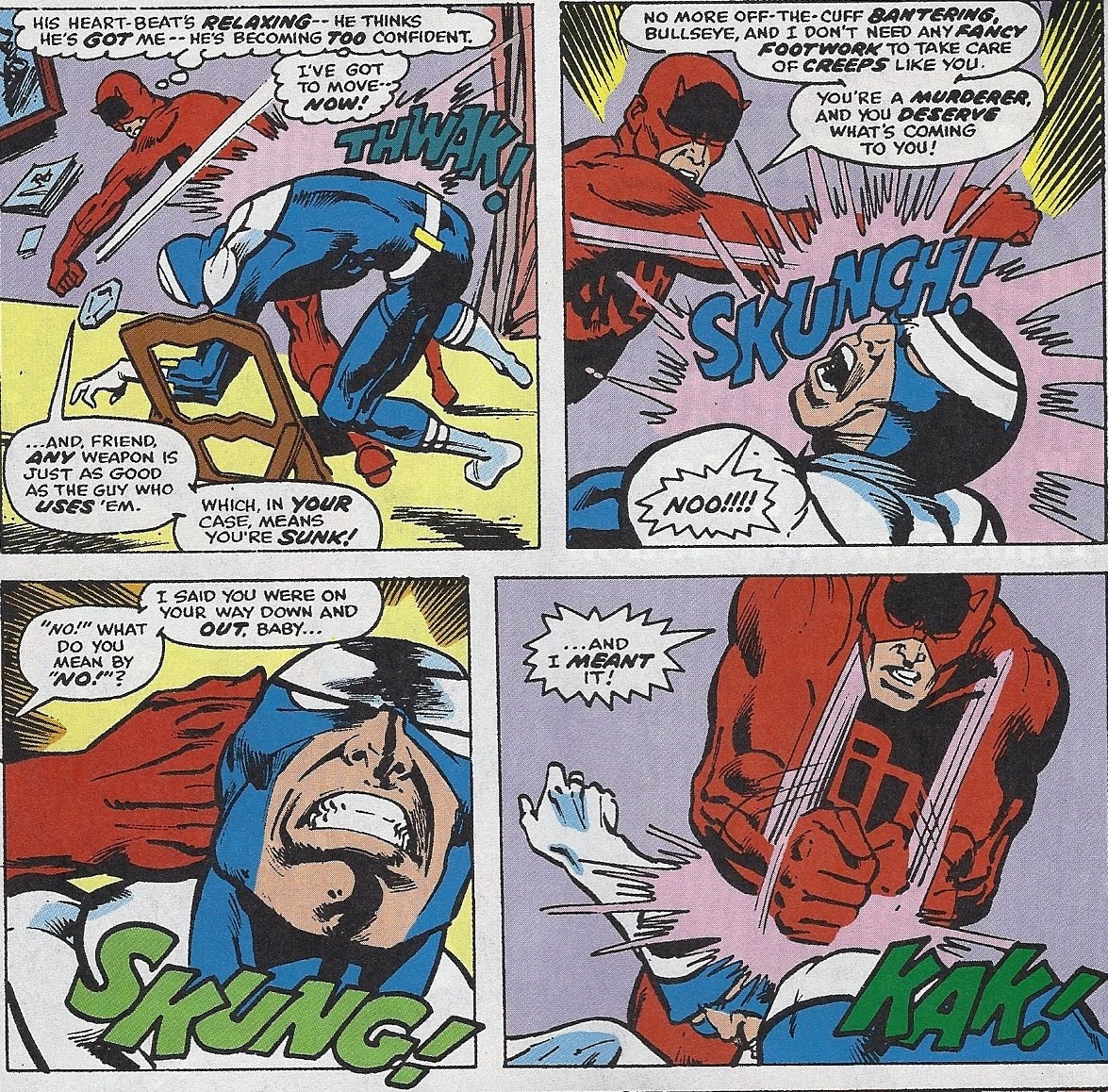 This is the beginning of Daredevil becoming a darker, more serious book-but it really picks up speed in a year, when Frank Miller takes over.

A bit of trivia: Bob Brown was the artist, but John Romita Jr. is generally credited as designing Bullseye’s look.