Last issue, Hulk guest starred.  This issue, the writer of Hulk guest stars, along with artist Gene Colan, for a fill-in issue that takes place in Wolverine’s past.  It shows the old “yellow costume” Wolverine hunting down some terrorists. 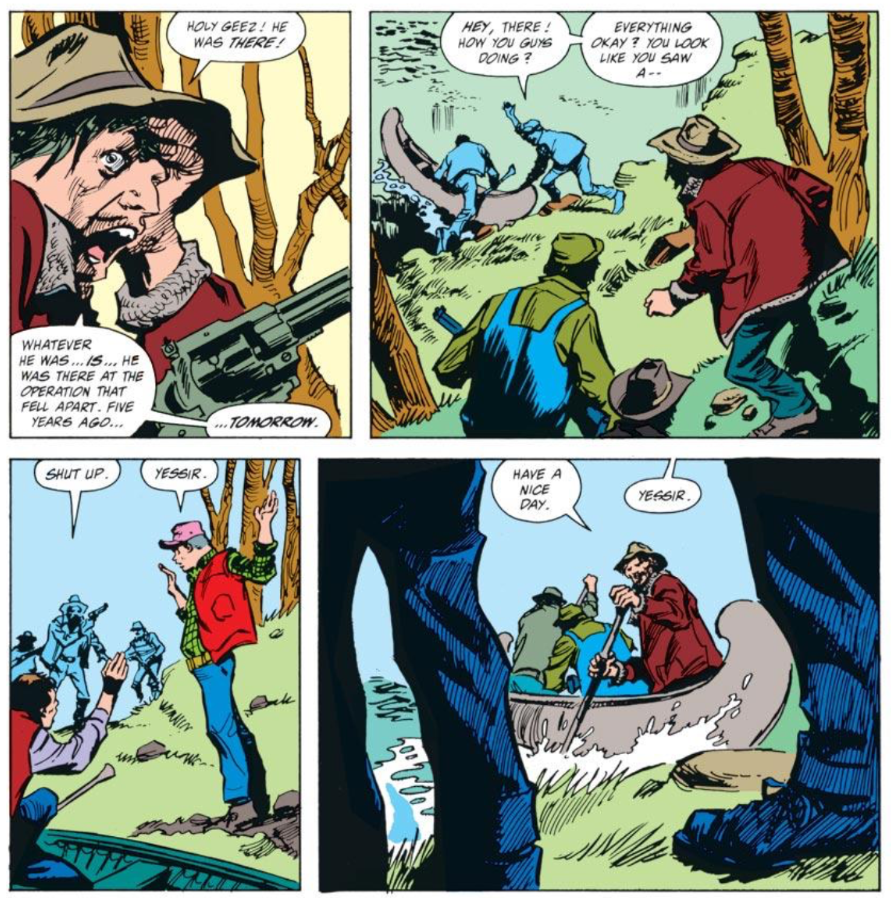 Actually, Wolverine is barely in it.  It’s mostly the bad guys, running through the forest and remembering the time they killed that nun.  It’s like a ghost story, with Wolverine as the ghost. 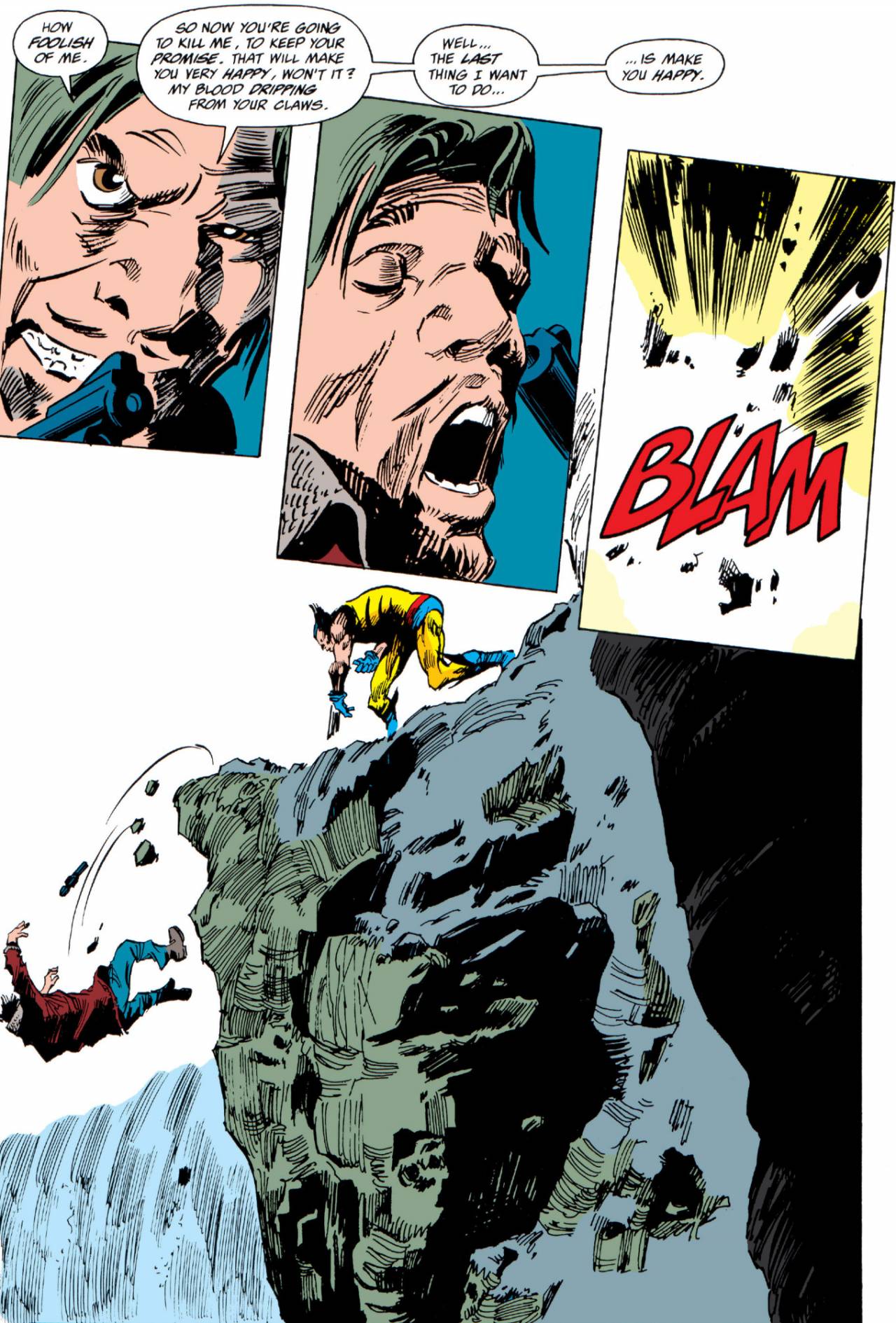 Until Logan catches up with them and the leader kills himself rather than let Wolverine kill him.   Unnecessary Catholic motifs aside, this is a very strong fill-in story.  Great use of Wolverine.

Marvel 1989, suicide in comics, Wolverine (all appearances)
Tweet Pin It 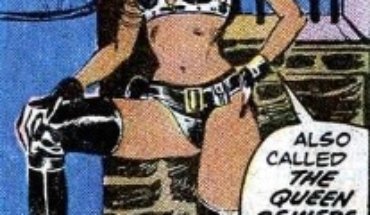