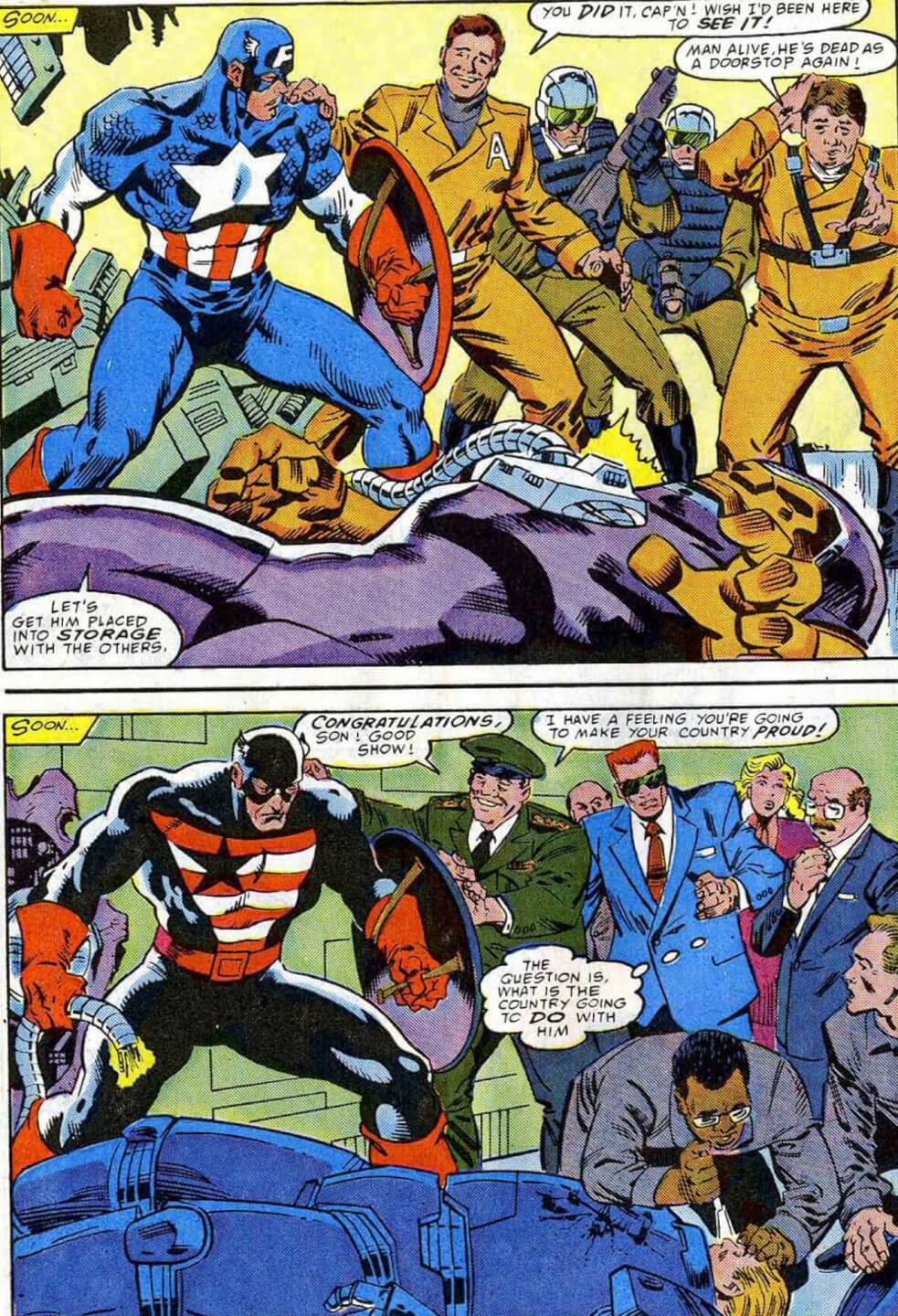 This sets up USAgent to be the new leader of the West Coast Avengers.

Writer Mark Gruenwald tries to hit similar story beats in each story, so that both characters have their “boss battle” on the same page, and both end their stories with non-powered military folks giving them attaboys.

Also in the top half of the book, which is really about Steve Rogers establishing his role as leader of the Avengers (not West Coast), we see that Fabian Stankowitz is now being brought into the family—he’ll be working on tech stuff for them.  Why they keep forgiving a guy who keeps attacking them is crazy.