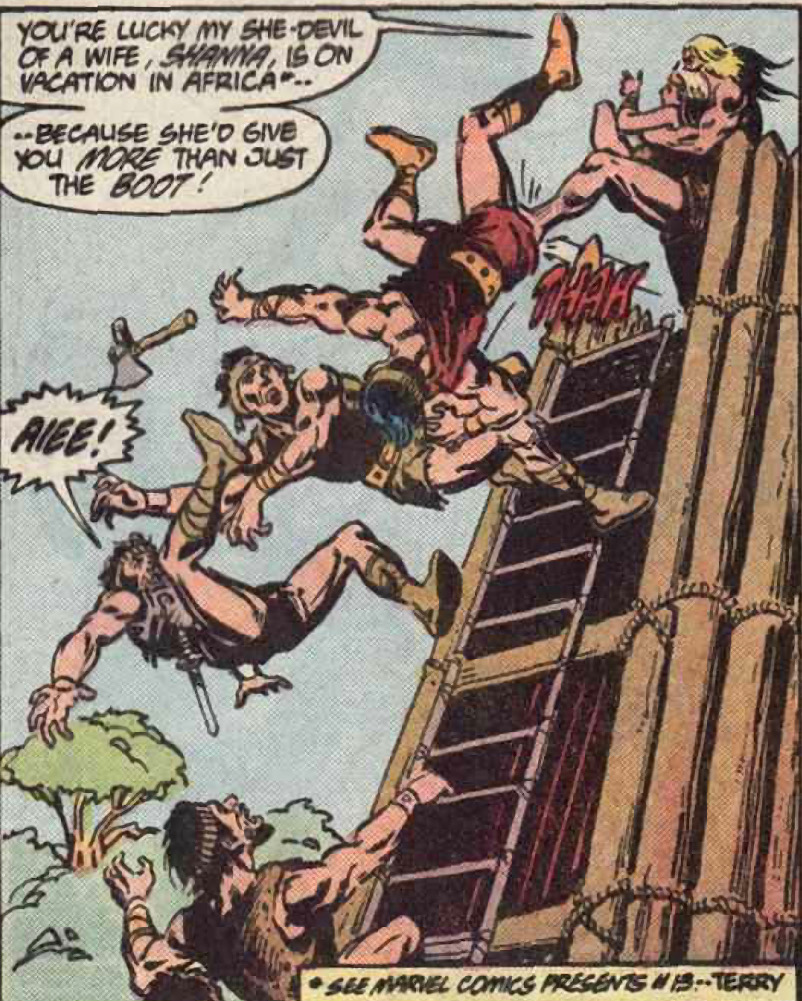 In Marvel Comics Presents #15, we got a Shanna adventure, so now it’s her husband’s turn.  The panel above, where he calls his wife a she-devil and implies that she is violent and unrelenting, sums up the issue.    It’s hard to do much with Ka-Zar.  He’s either defending the Savage Land against invaders or evil internal tribes (as in this tale) or he’s in the “real world” having a fish-out-of-water adventure.   But the panel above did give me an idea: It would be cool to have a writer embrace Ka-Zar’s jungle-savage, primal alpha nature and do a full-on treatment of it—especially in the “me too” era.  Of course, that would mean Marvel would have to allow a writer to take some risks and write the kind of thing Steve Gerber used to write.   That won’t happen any time soon as the Disneyfication of Marvel continues.   Sigh. 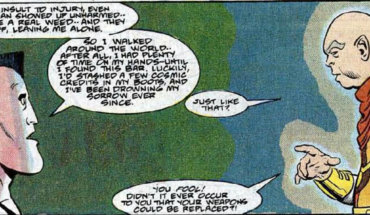