Ignore the stilted dialog: It’s not racist, Chris Claremont’s dialog was always a little … stilted. Whether you were white, black, or whatever. Yes, ignore the dialog and look at the art. Can you place it? It’s by one of the most distinctive artists of the 1980s.

It’s probably Ernie Chan’s inks that are throwing you off, or maybe that it’s a very early example of his work. Mike Zeck took over the art for John Byrne. It’s nowhere near as classic as Zeck’s later work, but it’s interesting to see how he drew in the beginning. 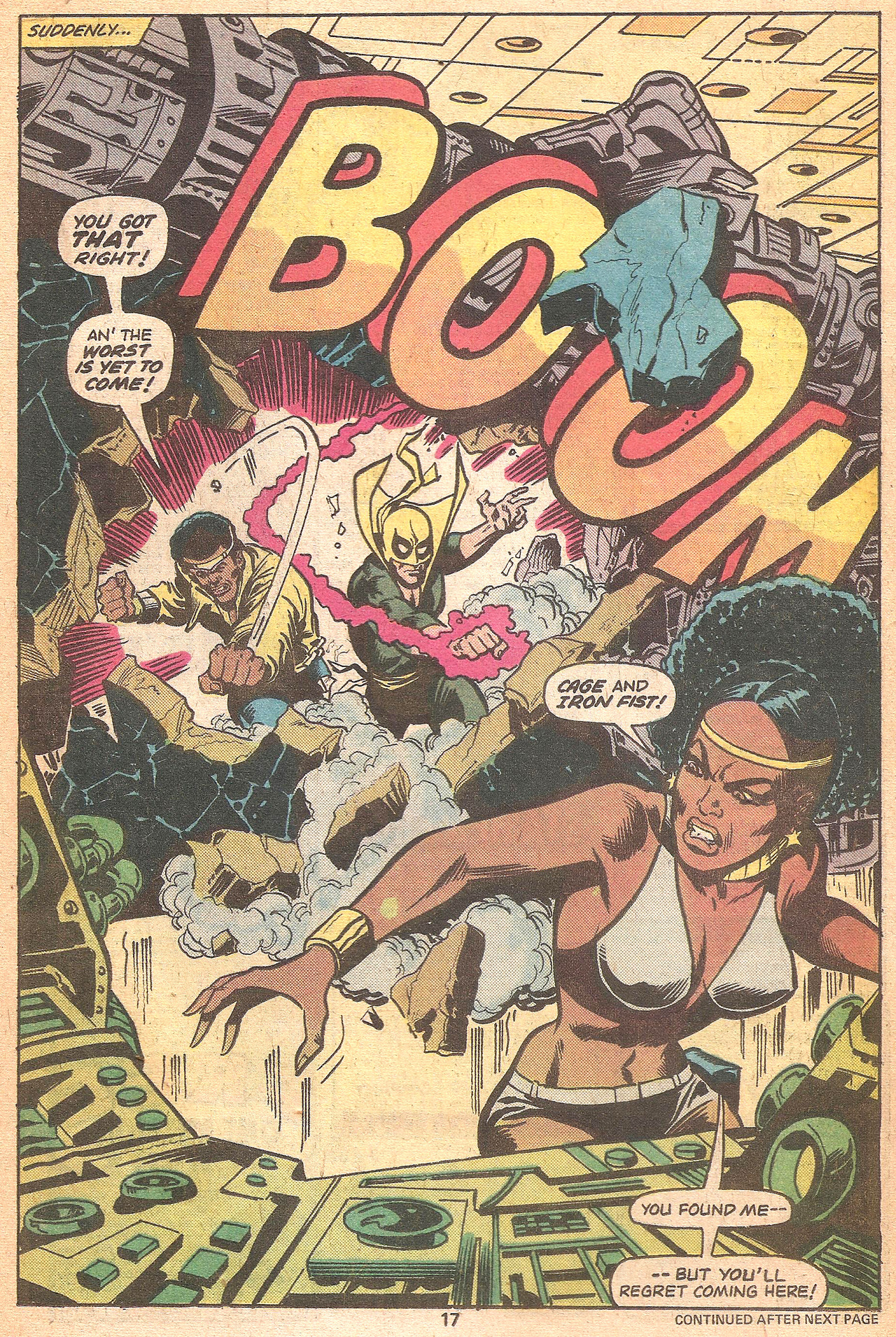 Nightshade and a group of Harlem criminals have used robots to take Misty Knight captive.  Iron Fist and Luke free her.  They break through walls a lot, and get workouts by fighting thugs. 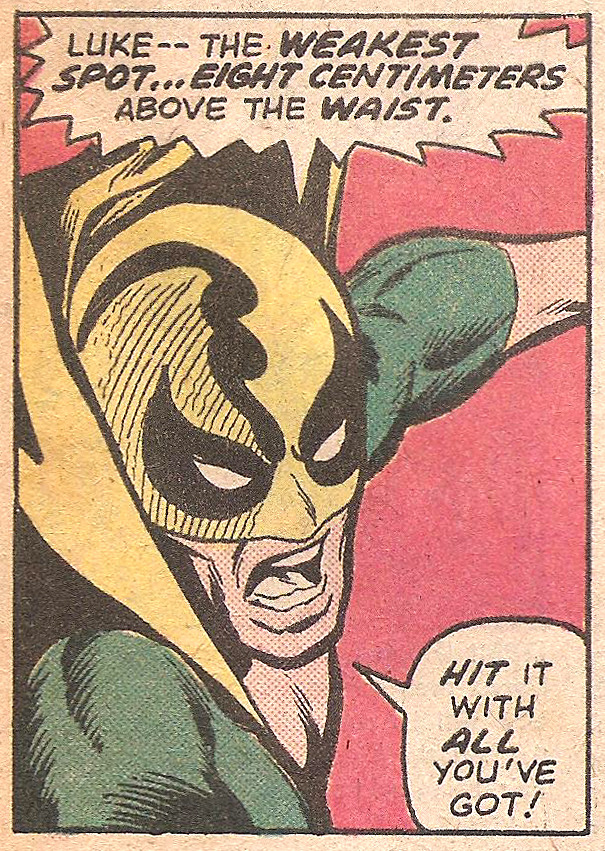 Uh…I think you mean BELOW the waist, Danny.