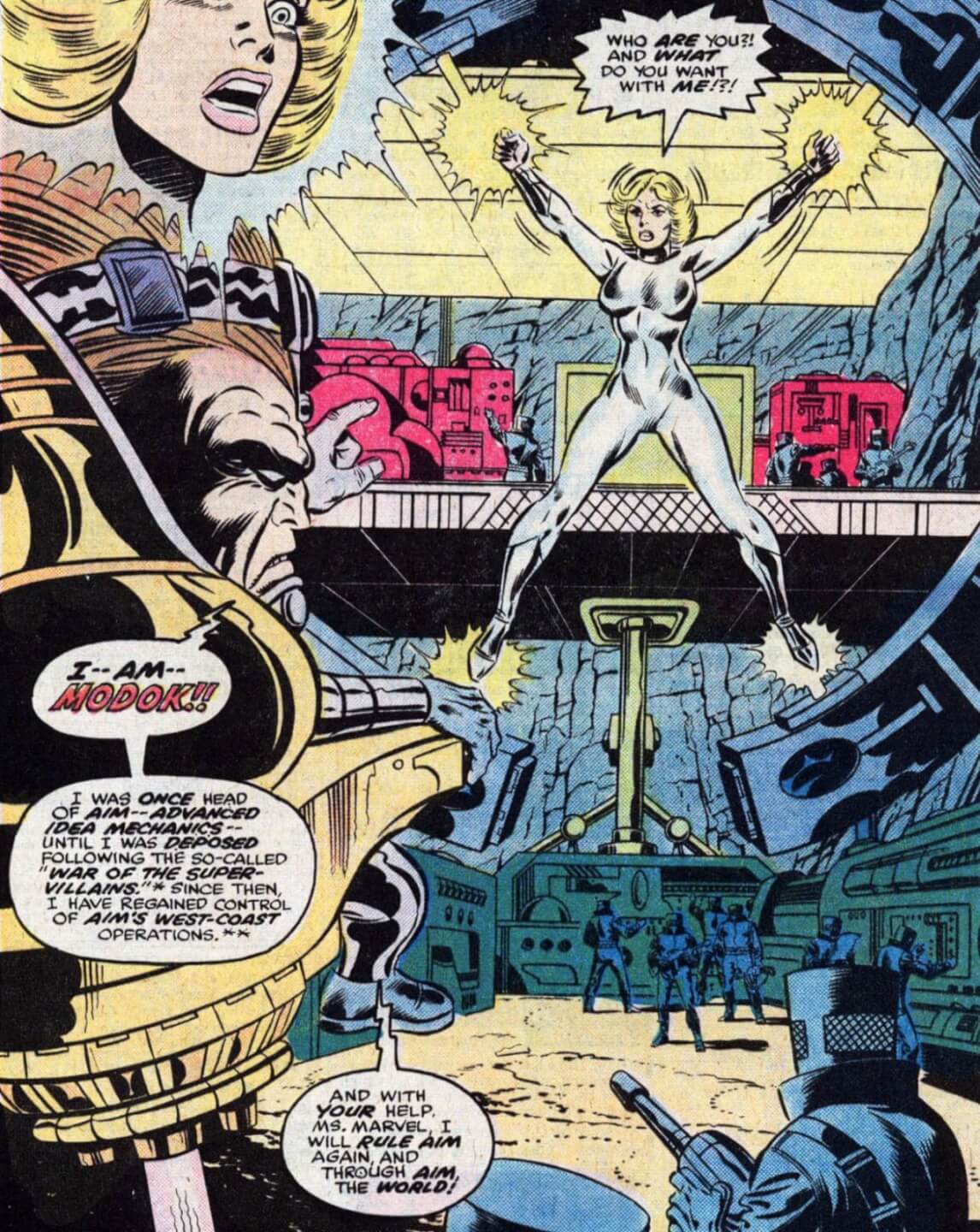 Ms. Marvel is captured by MODOK’s AIM faction, who strip her out of her costume but at least are polite enough to put another outfit on her. 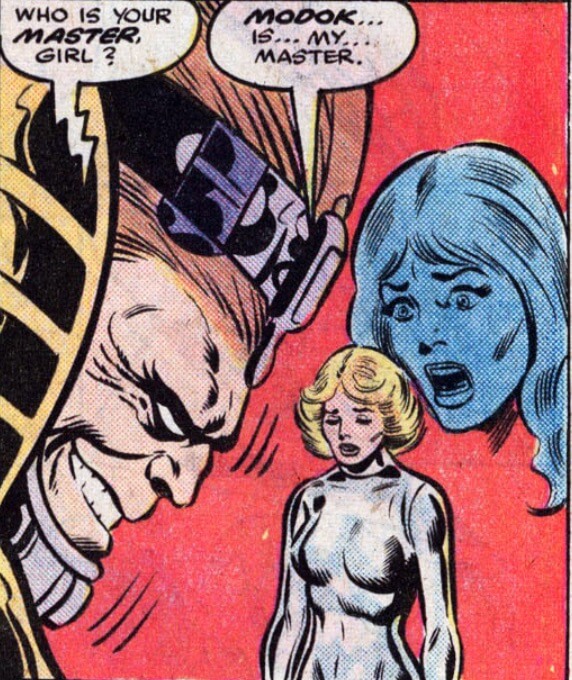 An AIM patsy is put into Ms. M’s costume, but she is unable to duplicate Ms. Marvel’s abilities because, earlier in this same story, the circuity “burned out” during a battle. 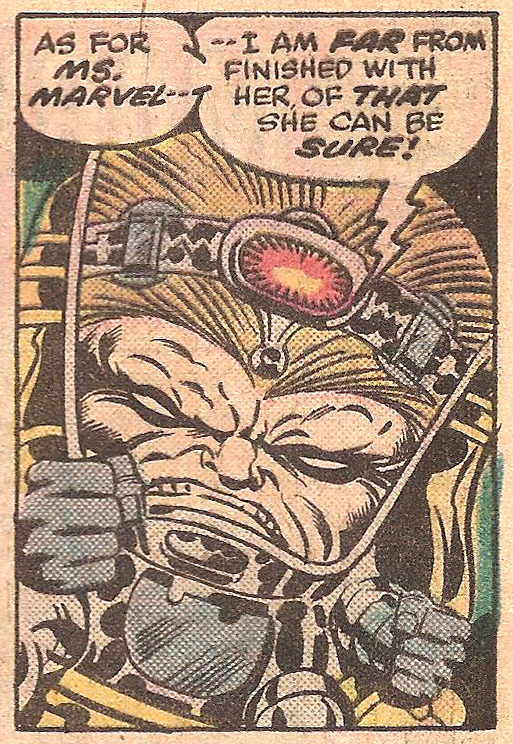 This is very interesting.  I don’t know how aware of all this Brian Bendis was when he made Carol the best friend of Jessica Jones, who was turned into Purple Man’s love slave, but clearly Chris Clarement knew about it when he mind-wiped Spider-Woman in Avengers Annual #10-one of my favorite comics, ever-and had Carol Danvers befriend and counsel Spider-Woman in the aftermath of that trauma.

Eventually, though, she breaks free of his control and we learn that she no longer needs her costume to have powers.  This is great, because it means she can get a more feminist-appropriate costume next issue. 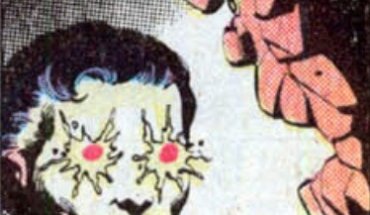 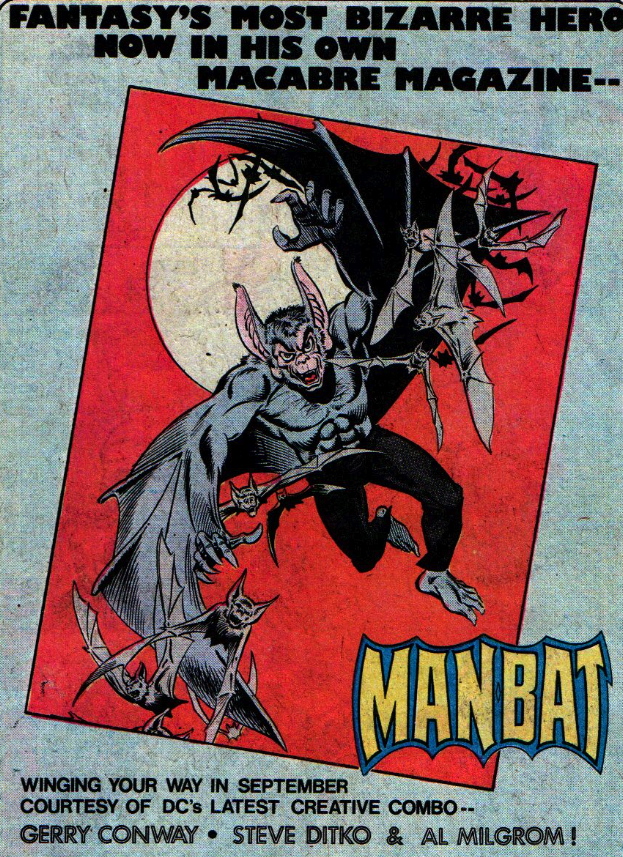