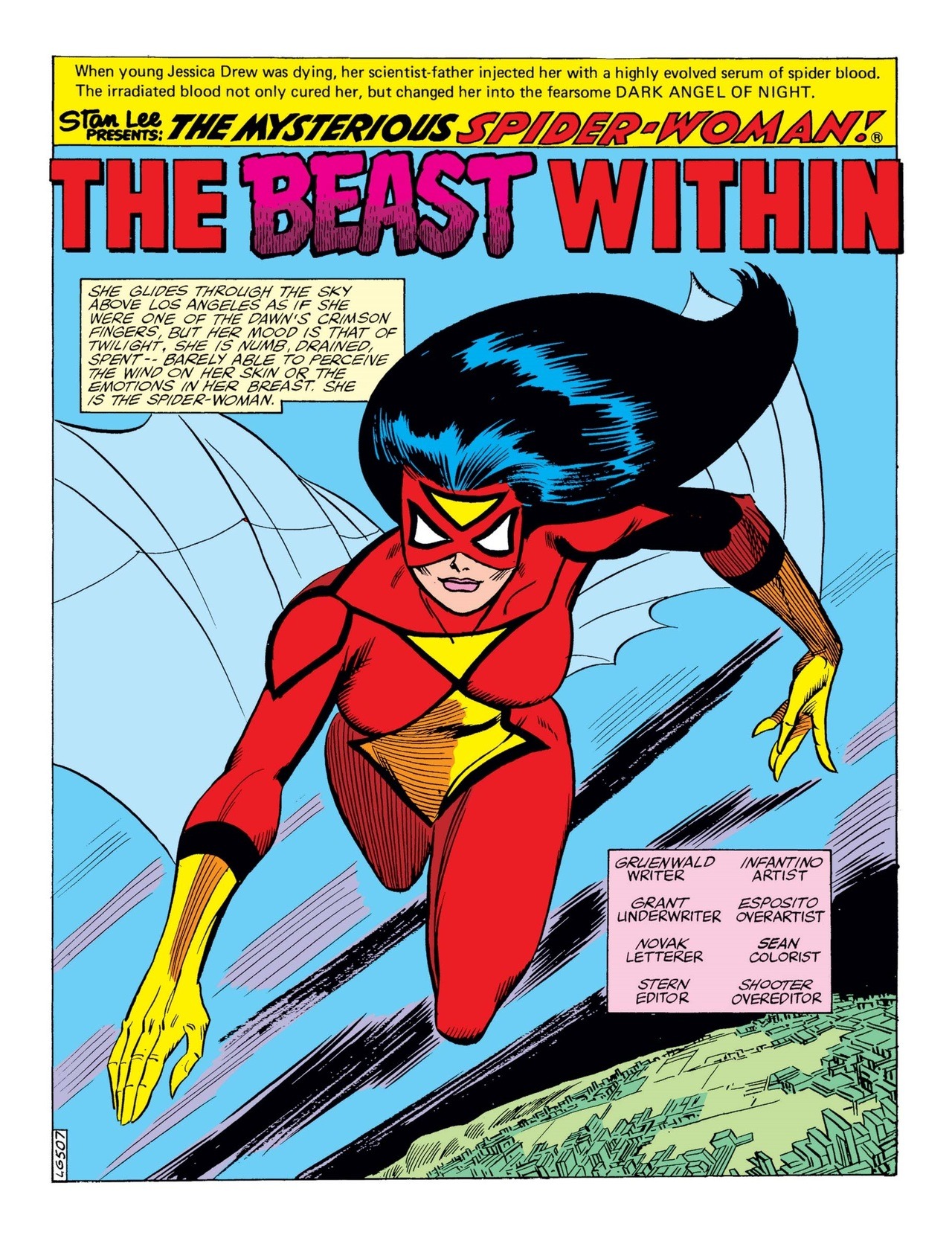 Carmine Infantino does a good job on the splash page. This issue blends traditional action superheroics with horror, and there’s a pretty hardcore moment where Enforcer shoots Werewolf in the mouth.

This issue also develops Werewolf into a more action-like hero, because he apparently has learned how to talk in werewolf form, and can transform from person to wolf at will.  I suspect we’ll be seeing more of him in this book.

This issue is the first time I can see how Spider-Woman might turn into a better-than-average comic.