Pete and MJ are living with Aunt May after being evicted. 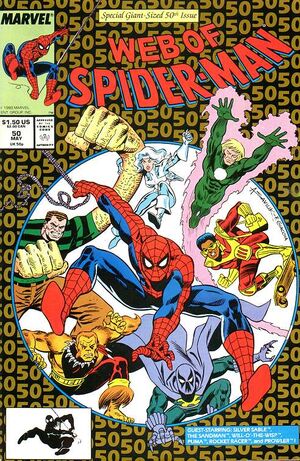 But of course that’s not the main story. Let’s start with #50: In the old days, an issue #50 was a time to celebrate by making it bigger and charging more for it. These days, comics rarely reach #25 before they’re renumbered and rebooted.  But as far as half-centennials go, this isn’t much of a tribute to one of Marvel’s longest-running characters.

Silver Sable hires Spider-Man to take down a mafia (maggia) leader, but Spider-Man gets implicated in the process, and two D-listers try to help exonerate him.  As you can see from the cover, there’s more than two D-listers here.  And the villains are far from Spider-Man’s best, either. In fact, the best parts of this oversized book are the fights between the guest stars.  And they all fight each other before teaming up.  In many ways, this is like a pretty good Marvel Team-Up annual.  But of course, MTU was cancelled by this point.

And #50 ends with a cliffhanger: Chameleon was behind it all!  They make great use of him on the cover to #52–he even morphs into the UPC box. 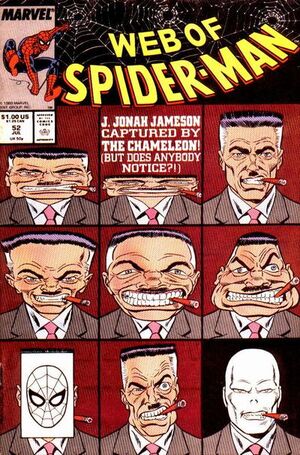 Part two of the story, in issue #51, has a different penciler (Mark Bagley), which is rarely a good thing.  A 2-part story does better when there’s artistic continuity.

But in this issue, we learn that Chameleon’s real plan is to defeat Kingpin (and his rivals, The Lobo Brothers) to be the crimeboss for all of New York. There’s this cool sequence where he tries to get Hammerhead to team up with him, tricking him by changing first into Kingpin and then into Spidey.  Nicely done. 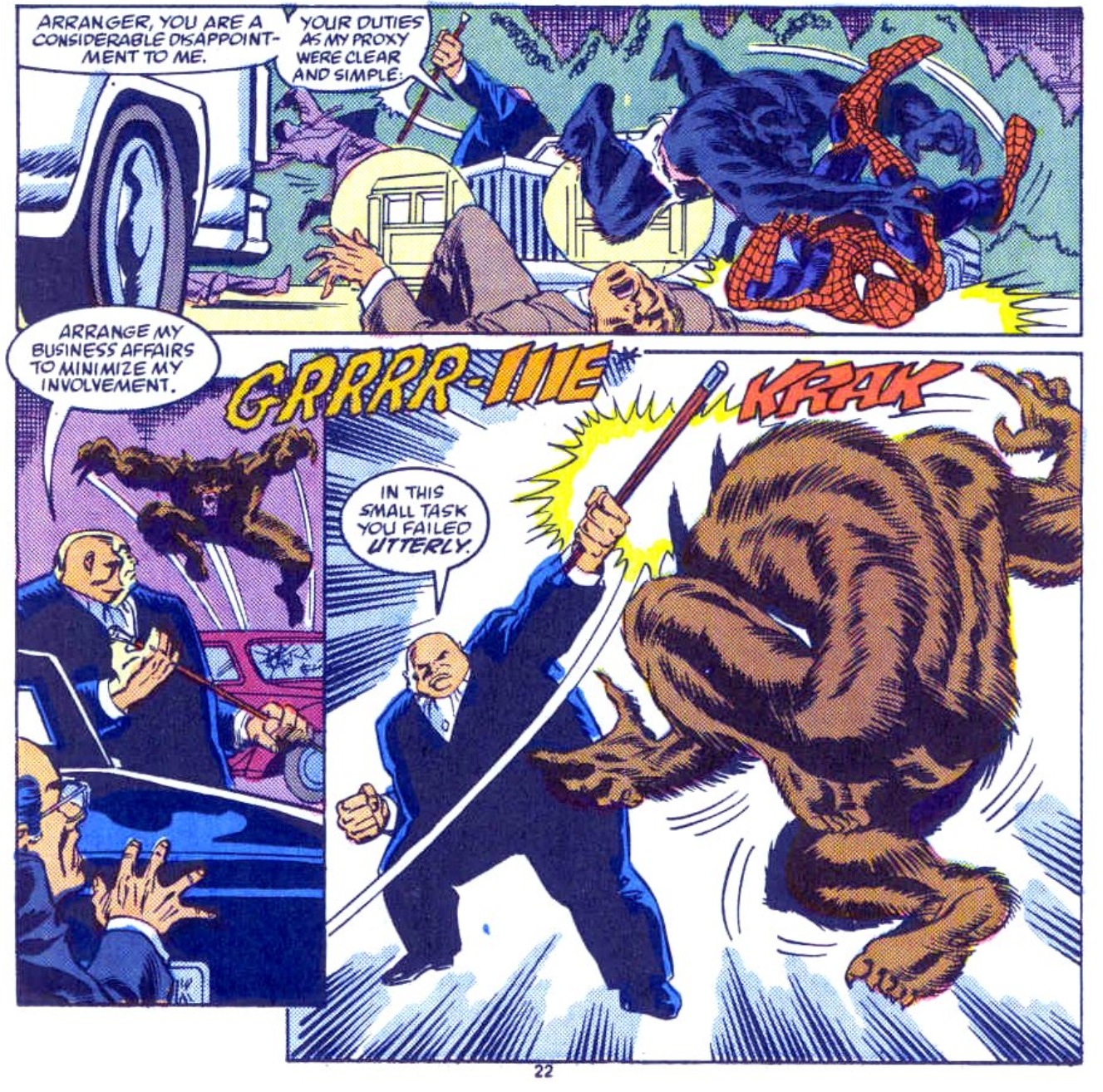 Meanwhile, a the Lobos Brother attacks Kingpin and his super-villain recruiter, The Arranger, in his werewolf form (but people don’t know he’s actually one of the Lobos brothers yet).

Remember what I said about artistic continuity for multi-issue stories?  Well issue #52, part three, has yet ANOTHER artist.  It’s not as big a deal though, because the story is really just about J. Jonah Jameson trying to cover the gang war story.  I would have preferred that Ben Urich or Robbie Robertson be the reporter here, because Jonah is (a) old and (b) a jerk who shows little regard for truth or justice (he created Scorpion, e.g.).

It’s a good story, nonetheless, showing the competing crime lords trying to intimidate JJJ out of doing his job, even killing a copy boy at the paper, and eventually kidnapping Jonah.

He’s pretty cut for an old newspaperman who never gets exercise.

So, yeah, we’re in a gang war now.  At least an informal one.  And from here, it jumps into Spectacular Spider-Man, so it’s cutting across the Spidey titles.

Also in issue #50: A reference to The Killing Joke. 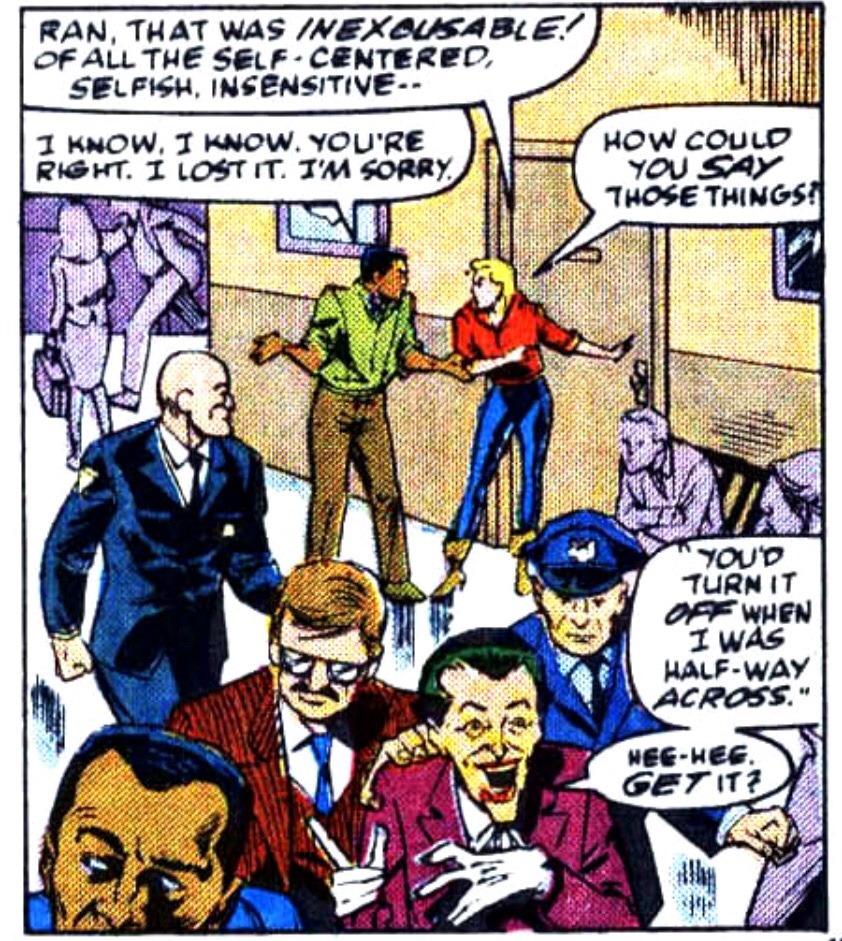 That’s Joker, telling the joke about the flashlight beam from the end of that classic graphic novel.