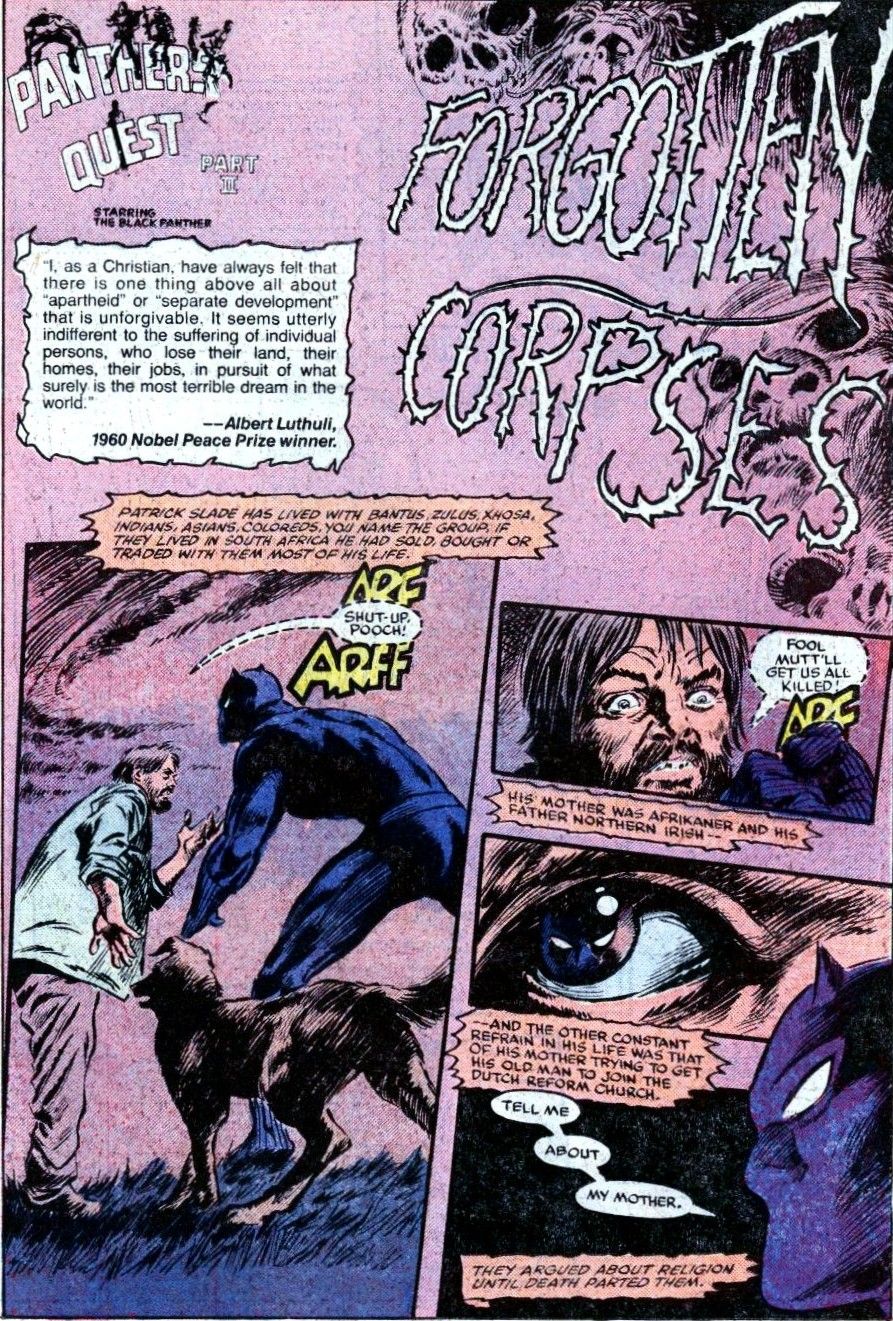 Don McGregor wrote the best Black Panther, in the pages of Jungle Action back in the 1970s.  But we’re a long way past those years, and comics have changed a lot since then.  Plus, this story will be cut into small, bite-size pieces. Even though it’s one of the “lead” stories in Marvel Comics Presents, it still has to share space each issue with three other tales.

As you can see from the splash page, this is exactly the kind of book McGregror used to write: A quote from a Nobelist, lots of words, and Panther exploring his past.  This time, his mother.  Jack Kirby created Black Panther and had a run on a solo book, but it wasn’t Kirby’s style to get deep or Freudian.  At this point in Marvel history, Panther’s past is pretty much unexplored territory.

Panther’s mother is still alive—although she had been believed dead.  This story will be the first appearance of Ramonda, and the front half o the story involves Panther tracker her down through the mercenary-ridden forests of South Africa. Lots of opportunities for fighting sequences and vignettes with small villages.  It’s fine, but with just a handful of pages to tell each story, it starts to feel a little dragged out.  It’s a good way to connect Panther to Africa, and if Marvel were really investing in the character, I could see how a “wandering” story like this could really establish a solo book with Panther being a hero for all of the African continent.

But that’s not what happens.

For most of this very, very long story, Panther takes on a “bad military” operation tied into the churches and government of South Aftrica, There’s even a scene where Panther is given one of the famous South African neckties—a burning tire dipped in gasoline.

The leader of the bad guys has been keeping Panther’s mother hostage for years so, eventually, Black Panther rescues her and they ride off together.  Typical of McGregor, it’s well written but there is a LOT of talking and going over the past.

This is very much a Don McGregor story.  It’s not bad, but it would have been much better as a 4-issue story than a 25-part tale in 8-page segments.