Fresh out of jail, Valkyrie needs something to wear so…New costume!

Val’s starting to be a major focus in Defenders stories. Which is great. Even if the new costume…Isn’t. But don’t worry, it doesn’t last.

Red Guardian is still with the team, which becomes a very interesting storyline for the team.  In 1976, a movie came out (in the real world) called, “Snuff,” and it brought awareness to snuff films into the mainstream.  Gerber was obviously offended by the phenomenon and brought it into The Defenders–making it kind of like Law and Order: “Ripped from the headlines!” 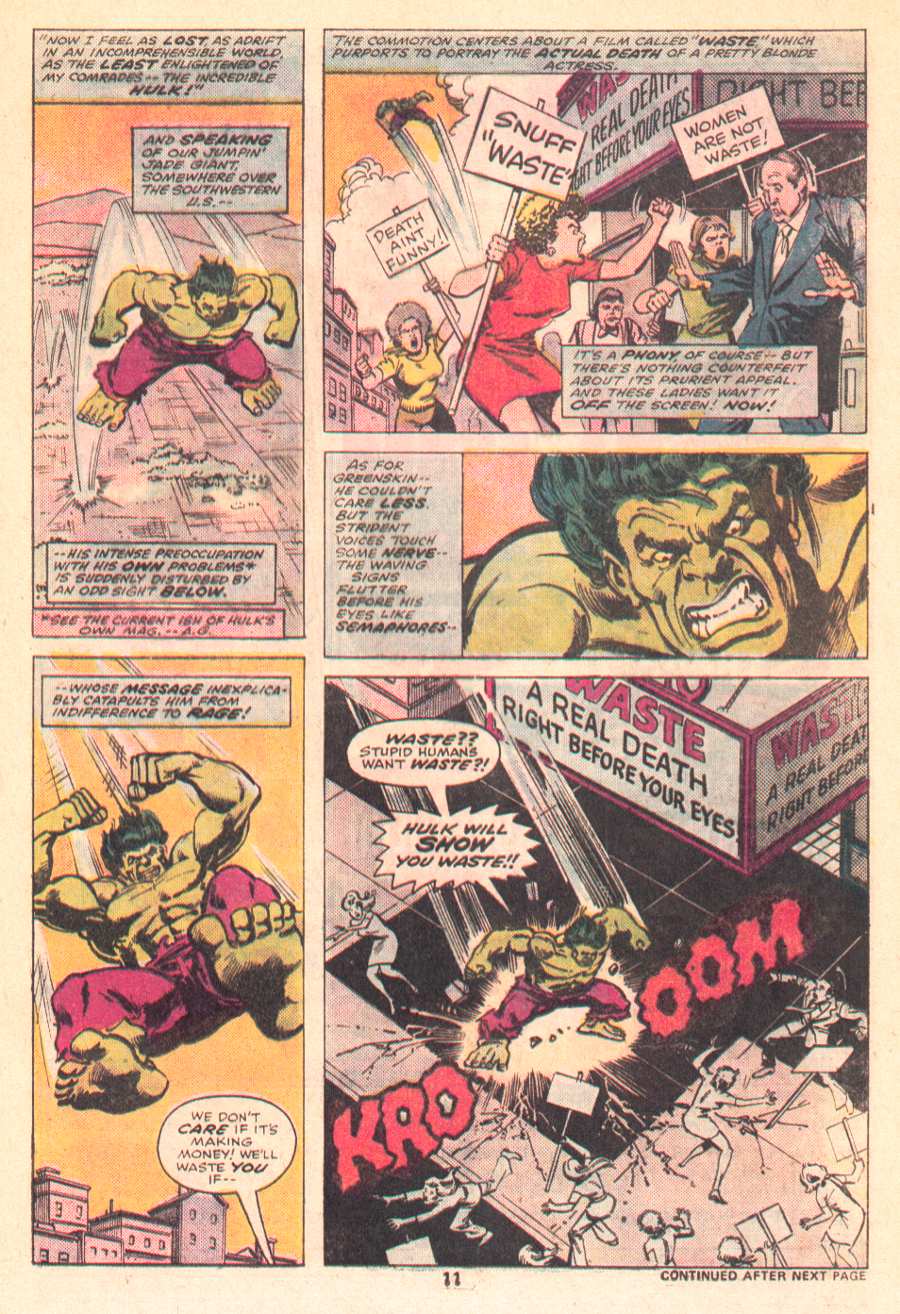 A group of protesters forms outside a movie theater showing a snuff movie, and a right-wing counter-feminist group emerges as well, “Citizens for Free Emigration,” who protest Red Guardian being on The Defenders.  Of course, the anti-immigration group has a super-villain who works for them and the team fights and defeats him. Red Guardian gets most of the action sequences so, again, atta boy Steve for the woman-inclusion.

And for the first time, Elf with a Gun seems to have a connection to the actual Defenders’ storylines, when he kills one of the women behind the snuff film protest.

He’s still not actually met the team, but he’s getting closer. 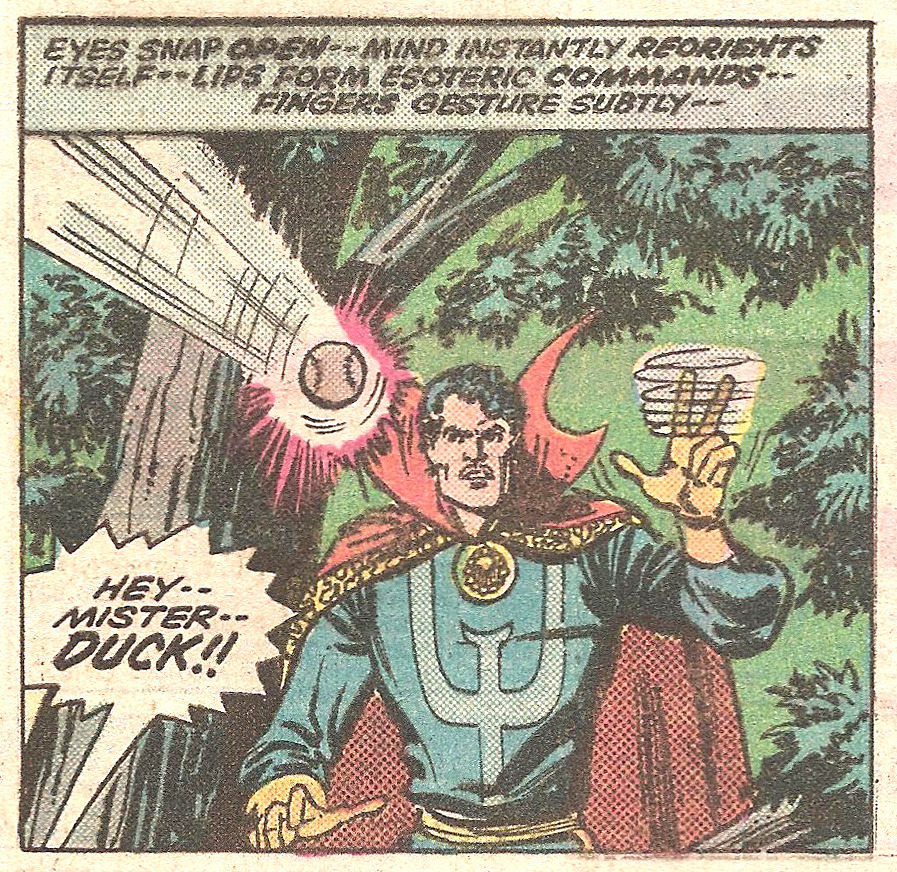