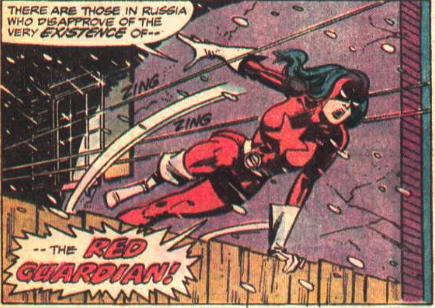 So the last story didn’t end completely happy–Nighthawk’s brain is still in the wrong body, and lots of brains are still all switched around from The Headmen’s work. So Dr. Strange calls a famous Russian neurosurgeon, who happens to also be Red Guardian. 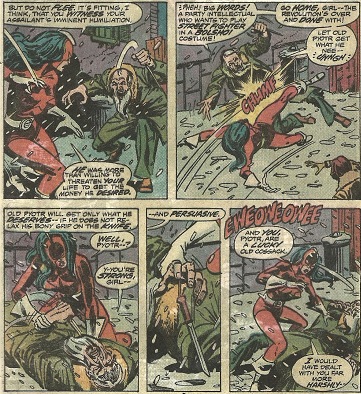 This is her first appearance.

The brain transplant works, but technically this part of the story is continued in issue #36.  But since most of #36 introduces a new story, I’m telling you of the happy ending here. 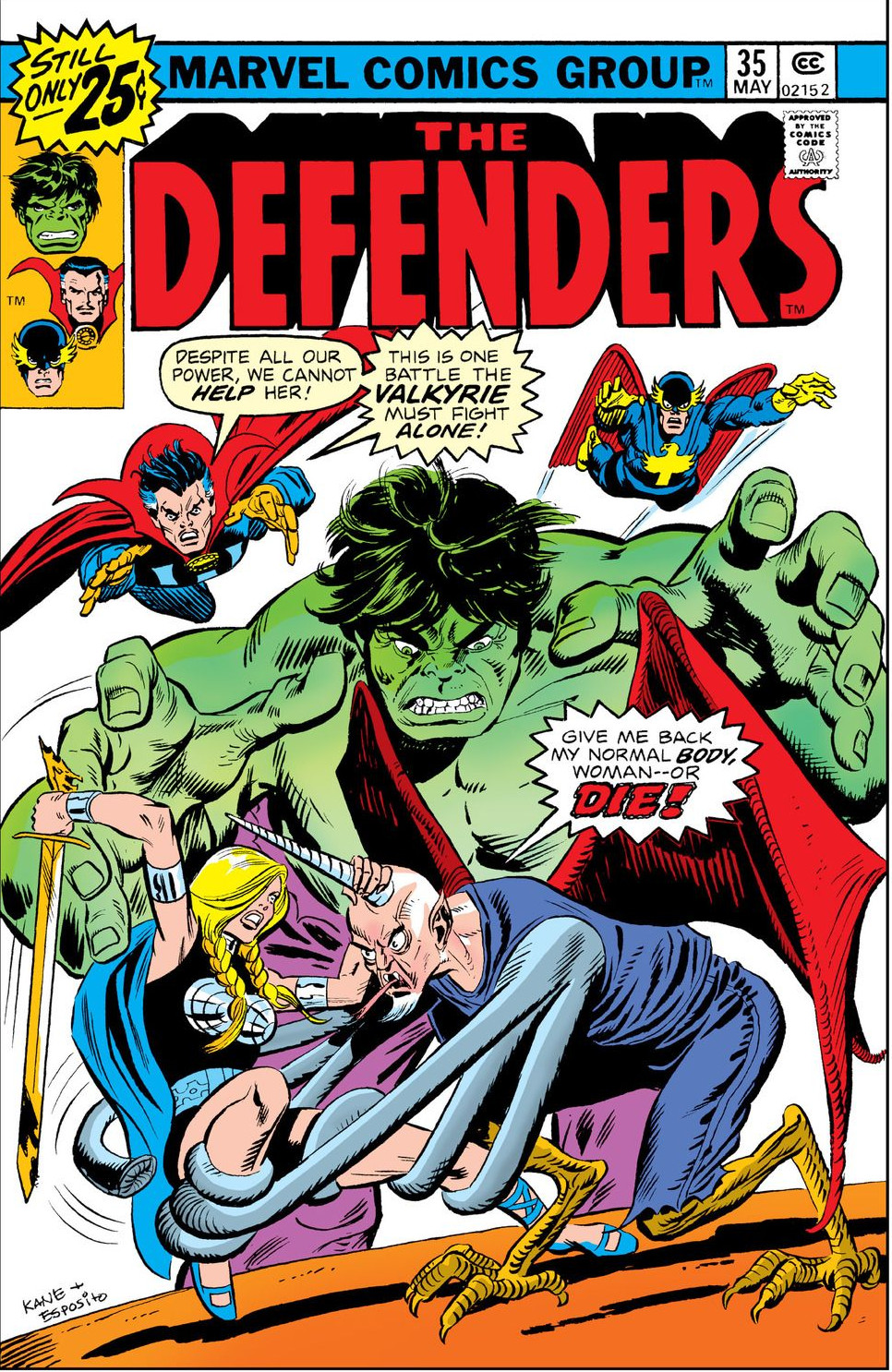 While the team is trying to save Kyle Richmond’s brain, Chondu the Headman gets his brain switched again, and now he’s a real monster with a unicorn head and tentacled arms.  In the battle he hurts Valkyrie’s horse, Aragorn, and she nearly kills him. 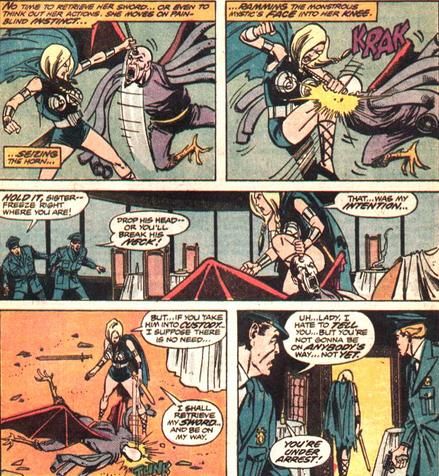 The issue ends with Val being arrested for attempted murder.